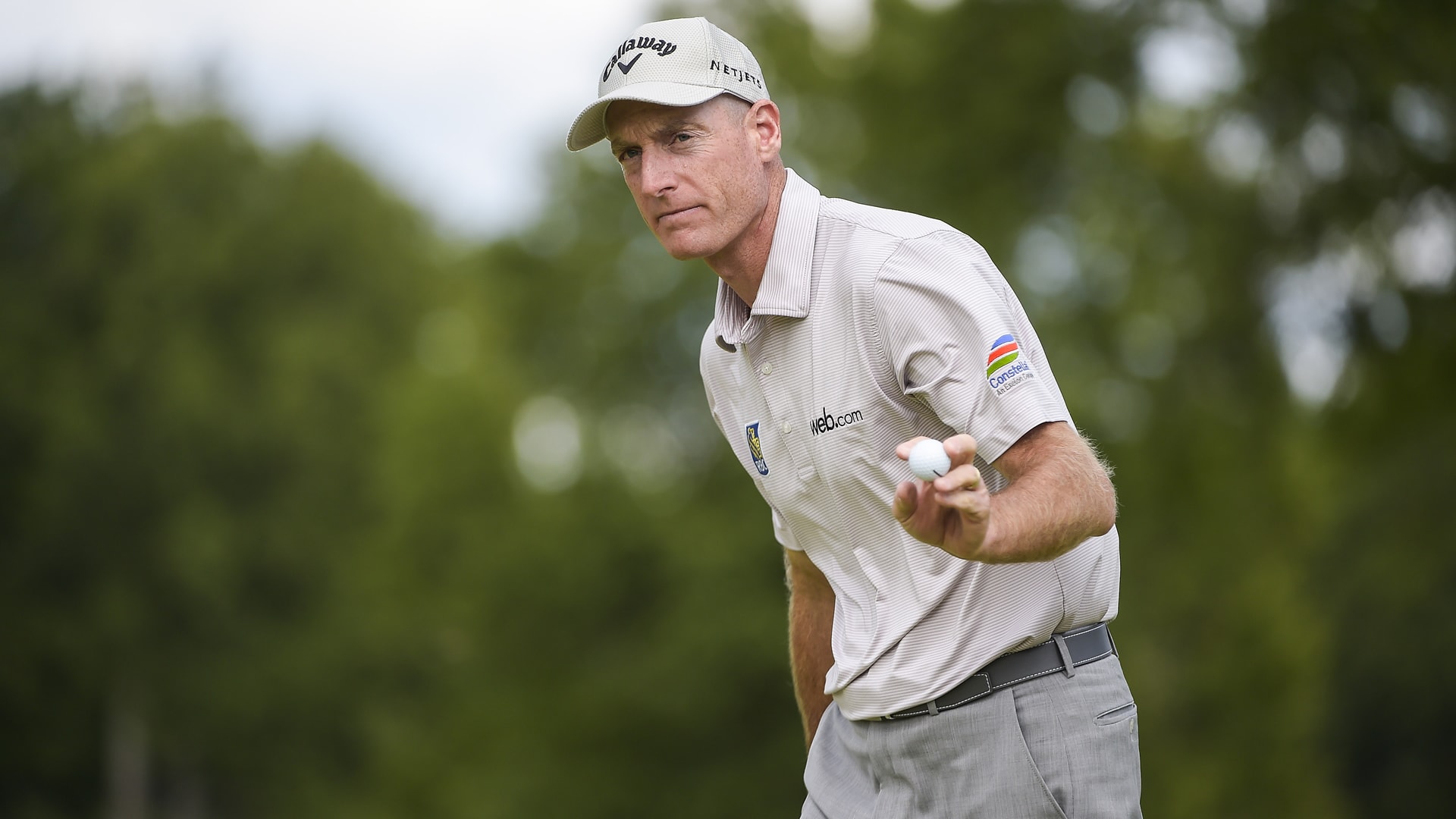 Jim Furyk has been sidelined with an injured left wrist since September, but following surgery the veteran now has a recovery timeline in place that he hopes will get him back to competition before the U.S. Open.

Furyk announced earlier this week through his management company that he would undergo surgery, which was performed on Monday. While the announcement included an estimate of three more months missed, Furyk offered some more specifics Wednesday on "Morning Drive."

"I'm hoping to get back to start trying to hit balls in 10 weeks," Furyk said. "It would be nice to be back out on Tour say mid- to late-May, and be ready and back for the U.S. Open at Oakmont in my home state."

Furyk's lone major title came at the 2003 U.S. Open. His proposed outline means that the current world No. 10 will miss the Masters for just the second time since 1996.

This particular injury has kept Furyk out of action for longer than anticipated, as the 45-year-old has not struck a competitive shot since withdrawing from the BMW Championship. He had first hoped to return at the Hyundai Tournament of Champions, then at the AT&T Pebble Beach Pro-Am, but both plans were scrapped.

Furyk explained that part of the reason for his prolonged recovery was that the root cause of the pain was different from the original diagnosis. In September his doctors believed that they were dealing only with a bone bruise on his scafoid, which was expected to heal on its own in a matter of weeks. Upon further review, the source of Furyk's pain was a bone projection from when he first had surgery on the wrist for a cartilage injury in 2004.

"We felt like since it had been there for 10 years, it probably wasn't causing the pain," he said. "But then looking at it, it had grown significantly and when my doctor got in there and went to remove it, he could see marks and traces where it had been wearing down cartilage on another bone."