Game of inches: Blixt shrugs off opening 77 after setup tweak 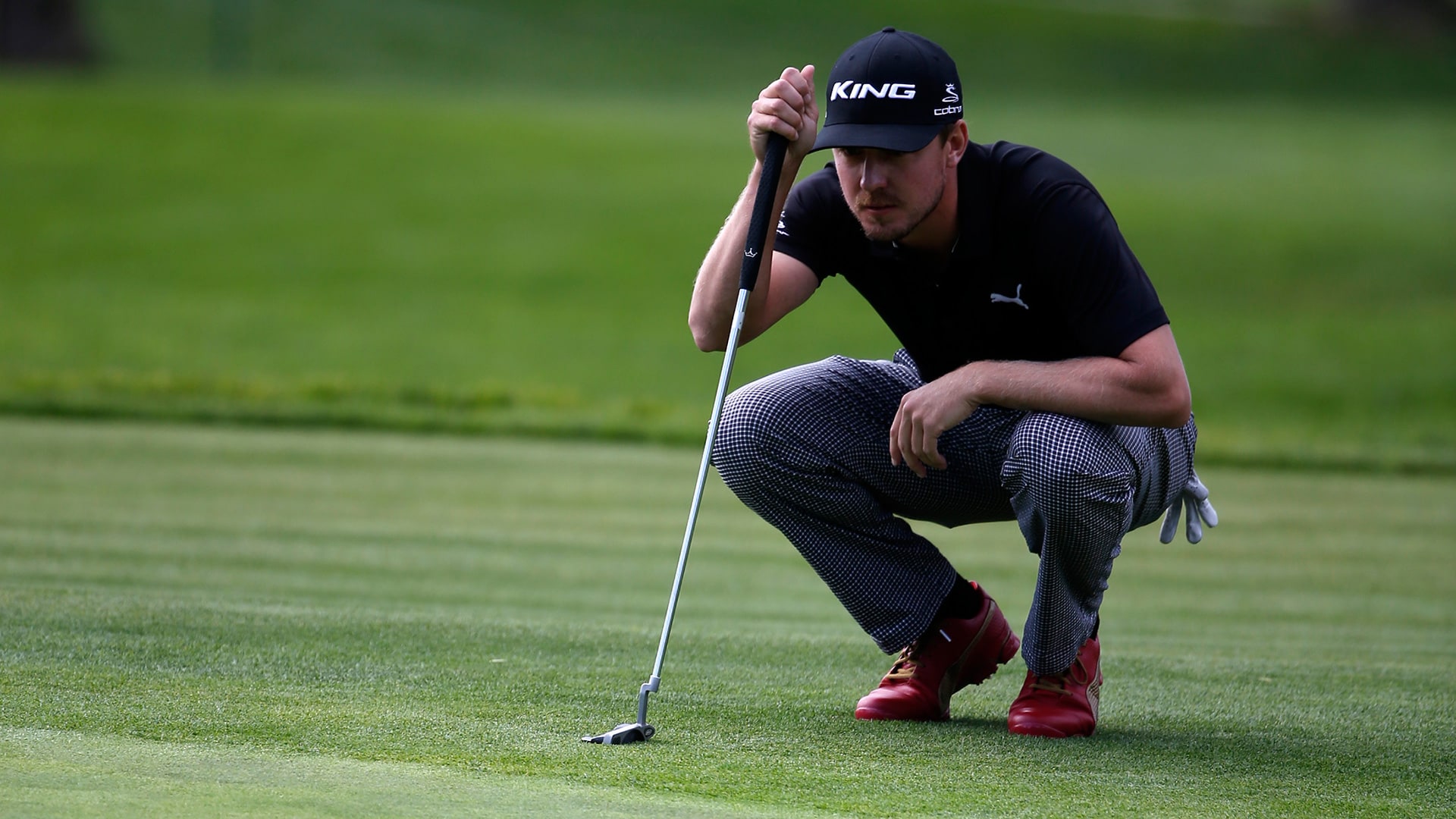 SAN DIEGO – An inch went a long way this week for Jonas Blixt.

Standing too far away from the ball, he ballooned to a 77 in the first round and looked like he was on his way to an early exit at the Farmers Insurance Open. He tweaked his setup with his coach, Jorge Parada, came back with back-to-back rounds of 66 and now is only two shots off the lead heading into the final day at Torrey Pines.

“Just tightened things up a little bit,” he said, “and things have worked out pretty well.”

Blixt hasn’t had much success since he tied for second at the 2014 Masters. Since then, he has just four top-10s worldwide and his world ranking has tumbled from No. 33 to his current position at No. 212. Last season on the PGA Tour, he missed 17 of 29 cuts.

“I’ve got the best job in the world,” he said, “but when you keep playing bad, when you have a bad day at work, and it’s every day, it gets to you. It’s hard to see the positives sometimes.”

When he needed a good week the most, at last year's regular-season finale, he tied for 10th at the Wyndham Championship to retain his card. He missed five cuts in a row in the fall before a top-30 last week in Palm Springs, but Blixt said he was encouraged by his new equipment and “small changes” with his swing.

Most of those tweaks were related to his fundamentals – getting his hands closer to his body, standing more relaxed over the ball, shifting his balance point. Which leads us back to Thursday, when he discovered on the range that he was standing an inch too far away from the ball, which was causing pulls with his irons and high blocks with his driver. He’s been 12 under par since.

“I’m getting better, I’m doing the right things every day to play better, and I’m feeling really good about my game,” he said. “I’m really excited about this year. I really, really am.”