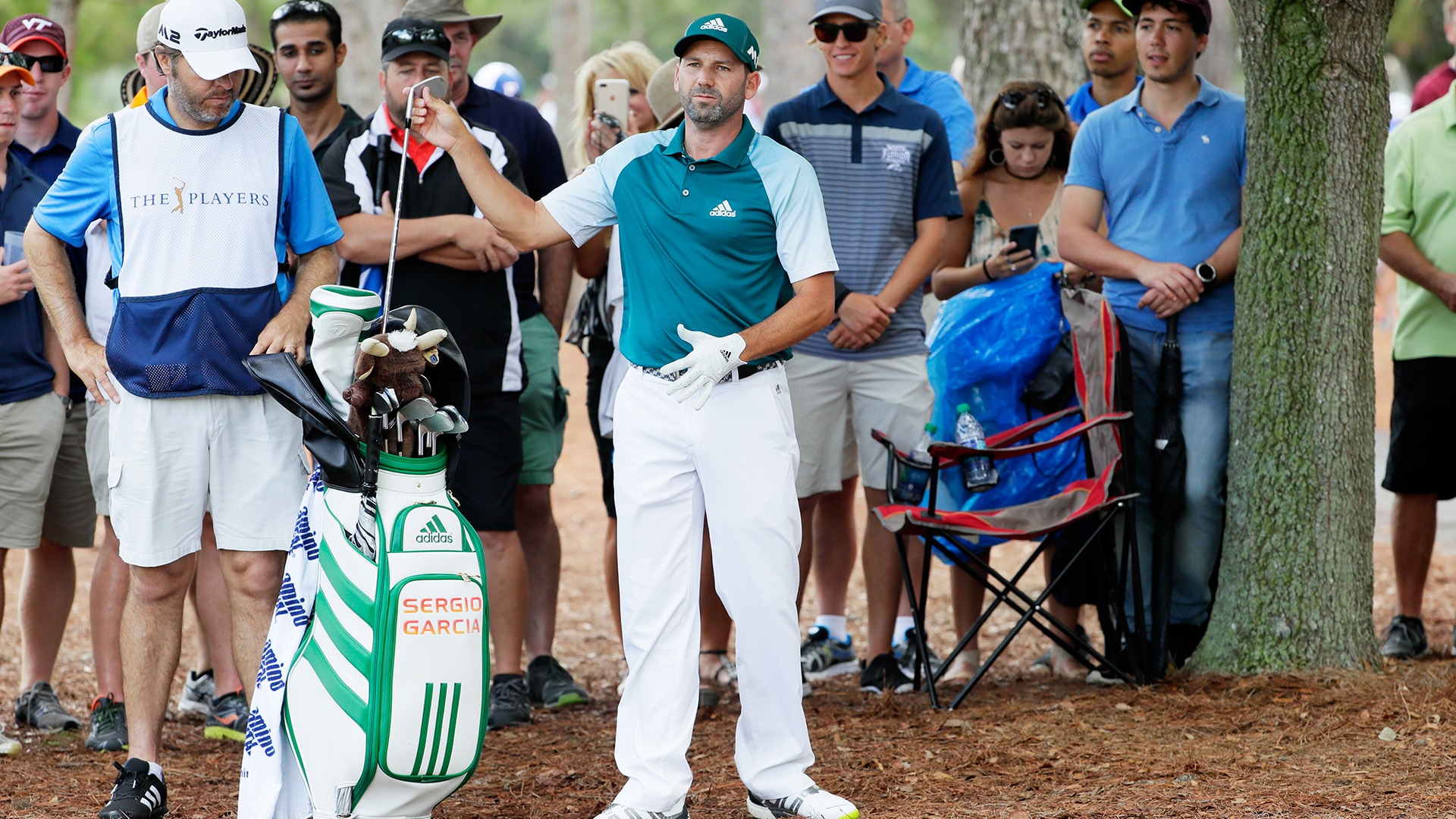 PONTE VEDRA BEACH, Fla. – Less than two hours into The Players Championship, Sergio Garcia appeared to be headed for the exits. Instead, he’ll enter the final round firmly in contention with a shot to win the tournament for the second time.

Garcia stumbled out of the blocks in his first start since winning the Masters, playing his first six holes Thursday in 4 over. He managed to get things back on track – thanks in no small part to an ace on No. 17 – and successfully battled windy conditions to shoot a third-round 67.

The Spaniard, who won here in 2008 and lost in a playoff two years ago, now sits at 5 under and just one shot off the clubhouse lead held by Emiliano Grillo.

“Yesterday it was important to make the cut after how overwhelming everything has been, after the Masters,” Garcia said. “Today even though it was much tougher with the windy conditions and how gusty it was out there, I was able to hit some really, really good, quality shots.”

Garcia began the day nine shots off the pace, and he made it an even 10 after bogeying the first hole. But he carded six birdies in the middle of his round from Nos. 4-13, then added an eagle on the par-5 16th to move onto the first page of the standings.

Lifting a major burden may loosen up some players when they next return to action, but according to Garcia the pomp and circumstance of the opening round made it more difficult to focus on the task at hand.

Garcia has effectively rebounded since that rocky start, and while the leaders were still on the front nine when he finished his third round, he was keenly aware that his score had afforded him a chance to add another prestigious title to his tally.

“I just like this golf course,” Garcia said. “I’ve told you guys many, many times it’s one of my most favorite golf courses we play all year, and for some reason I can see what I want to do.”