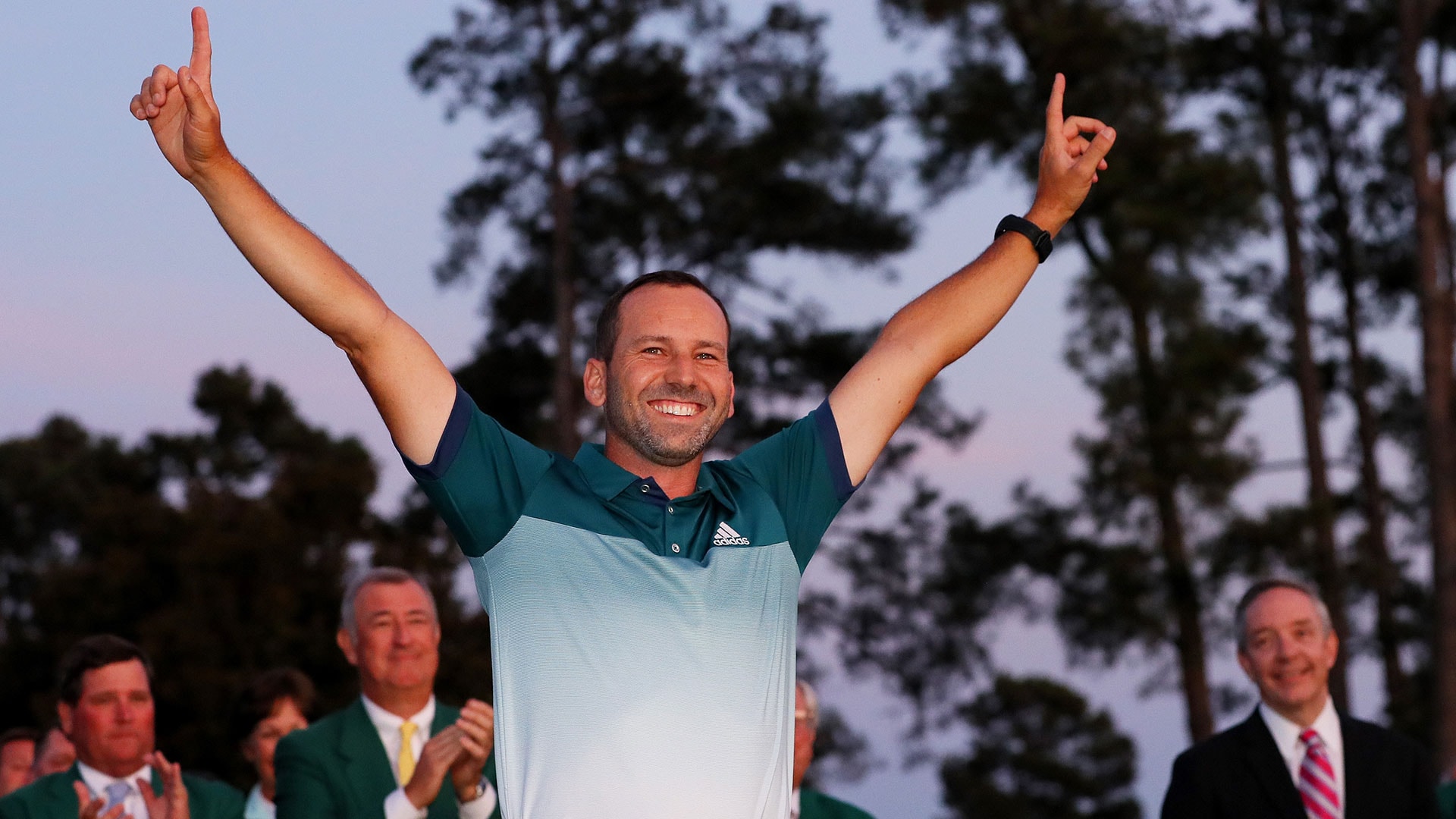 Sergio Garcia is back inside the top 10 of the Official World Golf Ranking after earning his maiden major victory.

Garcia moved up four spots to No. 7 in the world after his playoff victory over Justin Rose at the Masters. It's the Spaniard's highest ranking since his playoff loss at the 2015 Players Championship.

Rose's runner-up finish jumped him six spots to No. 8, where he now sits directly behind the man who edged him for the green jacket. Charl Schwartzel, who finished alone in third, rose from No. 29 to No. 18.

After missing the cut at Augusta National, Zach Johnson fell five spots to No. 54 in the world. It marks the first time he has been ranked outside the top 50 since winning the 2007 Masters.

In addition to Garcia and Rose bumping Adam Scott and Alex Noren out of the top 10, the only other change occurred at No. 5 where Jordan Spieth again edged ahead of Henrik Stenson. Dustin Johnson remains No. 1, followed by Rory McIlroy, Jason Day, Hideki Matsuyama, Spieth, Stenson, Garcia, Rose, Rickie Fowler and Justin Thomas.

After missing the Masters for the third time in the last four years, Tiger Woods slipped another five spots to No. 780 in the world.