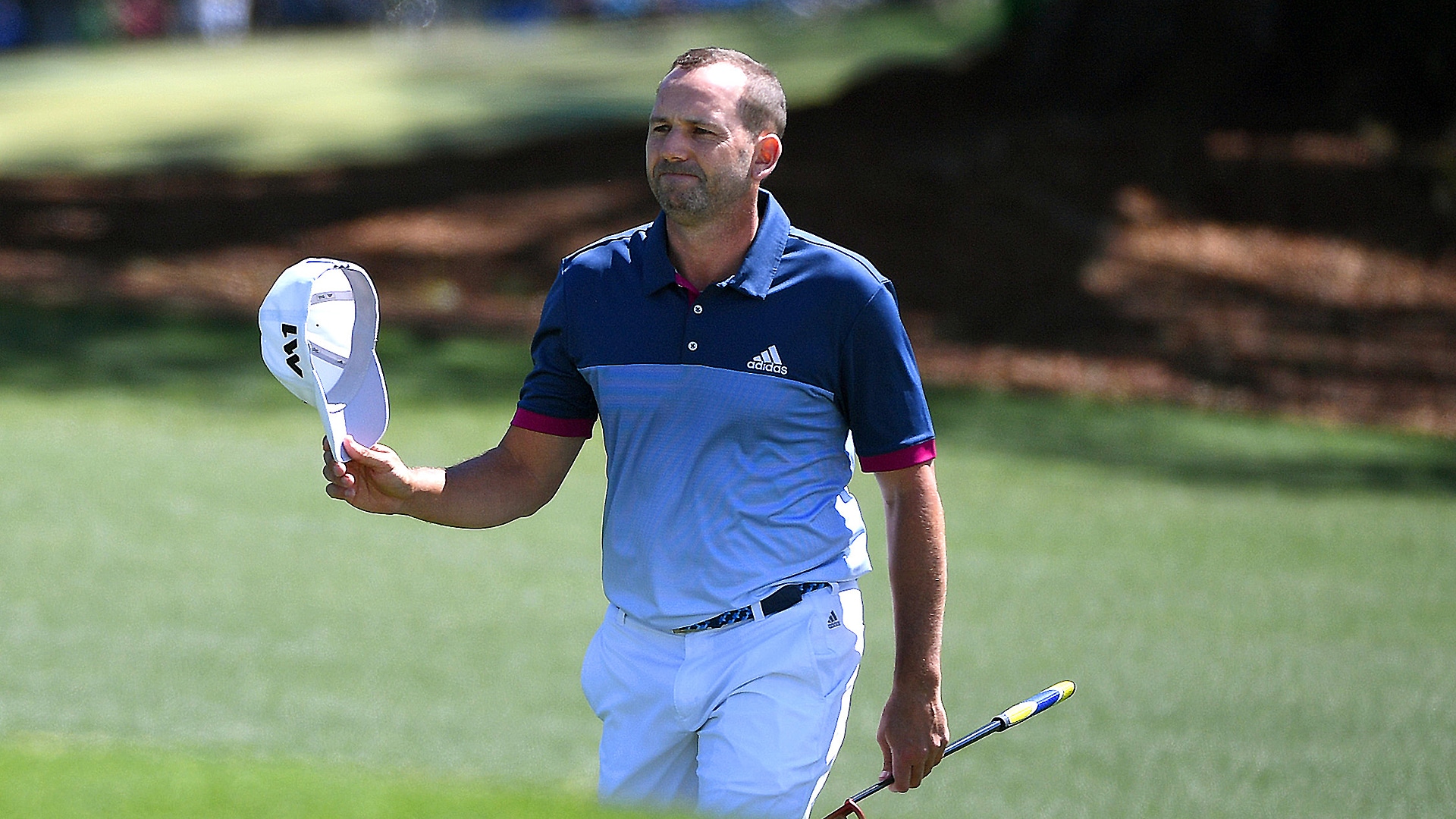 After another day of blustery conditions, it's crowded atop the leaderboard at the Masters. Here's how things look at the halfway point, as four players share the lead - each in search of his first major title:

What it means: Hoffman started the day with a four-shot lead, but he quickly came back to the pack with a 75 and at one point was passed by Garcia. PIeters and Fowler joined them in the afternoon wave, setting up an enticing weekend where conditions are expected to be a little bit easier and Rose is the only player among the top six who has already won one of golf's four biggest events.

Round of the day: Fowler contended last week in Houston, and he's again in the mix after a 5-under 67 in the second round. Fowler got things jump-started with a hole-out eagle from the bunker on No. 2, then added three more birdies before a watery bogey on No. 15 that he neutralized with another birdie on the very next hole.

Best of the rest: Garcia has had plenty of chances to snag that elusive major, but this may be his best in the last few years after a 3-under 69 gave him a share of the lead. Garcia's score was in question for part of his round after a scoring error on No. 10, but Garcia was ultimately absolved and played the last 15 holes in even par after opening with three straight birdies.

Biggest disappointment: Lee Westwood started the day in third place after an opening-round 70, but last year's runner-up has some work to do after fading with a 5-over 77 in the second round. Westwood opened with a bogey, one of eight he made in a round that concluded with four bogeys over his final five holes. At 3 over, he now trails by seven shots.

Main storyline heading into Saturday: It's difficult to pick five, let alone one. Each of the co-leaders have compelling angles, including PIeters who became the first Masters rookie to share the 36-hole lead since Brett Wetterich in 2007. But don't lose sight of the compelling group of Masters winners just four shots off the pace: Adam Scott, Phil MIckelson and Jordan Spieth, each of whom has a great chance to add to his collection in the champions' locker room.

Shot of the day: Branden Grace earned a piece of Augusta National crystal with his approach to No. 15, a 95-yard wedge that landed behind the hole and spun back in for an eagle. It turned out to be an important shot, given that Grace made the cut on the number at 6 over after a second-round 74.

Quote of the day: "I just feel like if I'm healthy enough to swing hard at it, I can play this course." - Couples, who trails by three shots on the 25-year anniversary of his Masters win.