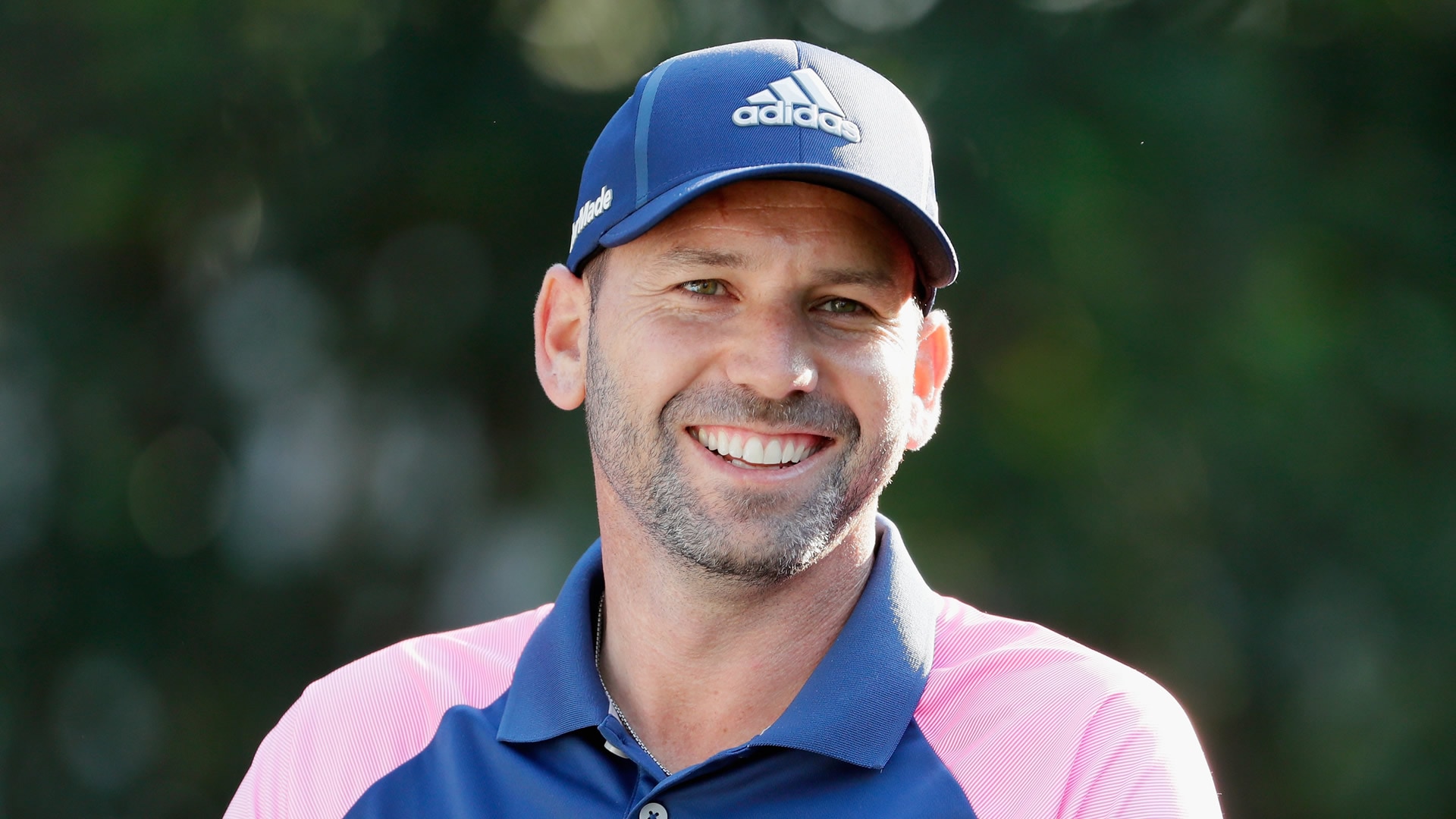 Sergio Garcia will bring his green jacket to Texas this week to defend his title at the AT&T Byron Nelson. Here's a look at a few early-round, marquee groupings at TPC Four Seasons Resort at Las Colinas in Irving (all times ET):

Koepka held the 54-hole lead here last year before succumbing to Garcia in a sudden-death playoff. He'll play the first two rounds alongside Dufner, who earned his second career victory at this event in 2012, and Poulter, who heads to Texas fresh off a runner-up finish at The Players Championship that locked up his status for next year.

Spieth will be the fan favorite this week, as the Dallas native returns to the event where he made his PGA Tour debut as a 16-year-old amateur in 2010 and finished T-16. Snedeker returns to action after skipping the Players because of a wrist injury, while Kuchar looks for his fourth top-10 finish at this event since 2011.

Johnson enters as the top-ranked player in the world and has had some success at this event before, with six straight top-20 finishes dating back to 2009. He'll play the first two rounds alongside Oosthuizen, a runner-up last week at TPC Sawgrass, and Gribble, a local product who earned his first Tour win earlier this season at the Sanderson Farms Championship.

Garcia is making just his second start since winning the Masters, and only his third start at the Nelson since 2009. Joining him will be Day, who earned his first career Tour win at this event back in 2010, and Reed, a Texas native who missed the cut here in 2012 and has not teed it up in Dallas since missing the 54-hole cut in 2013.