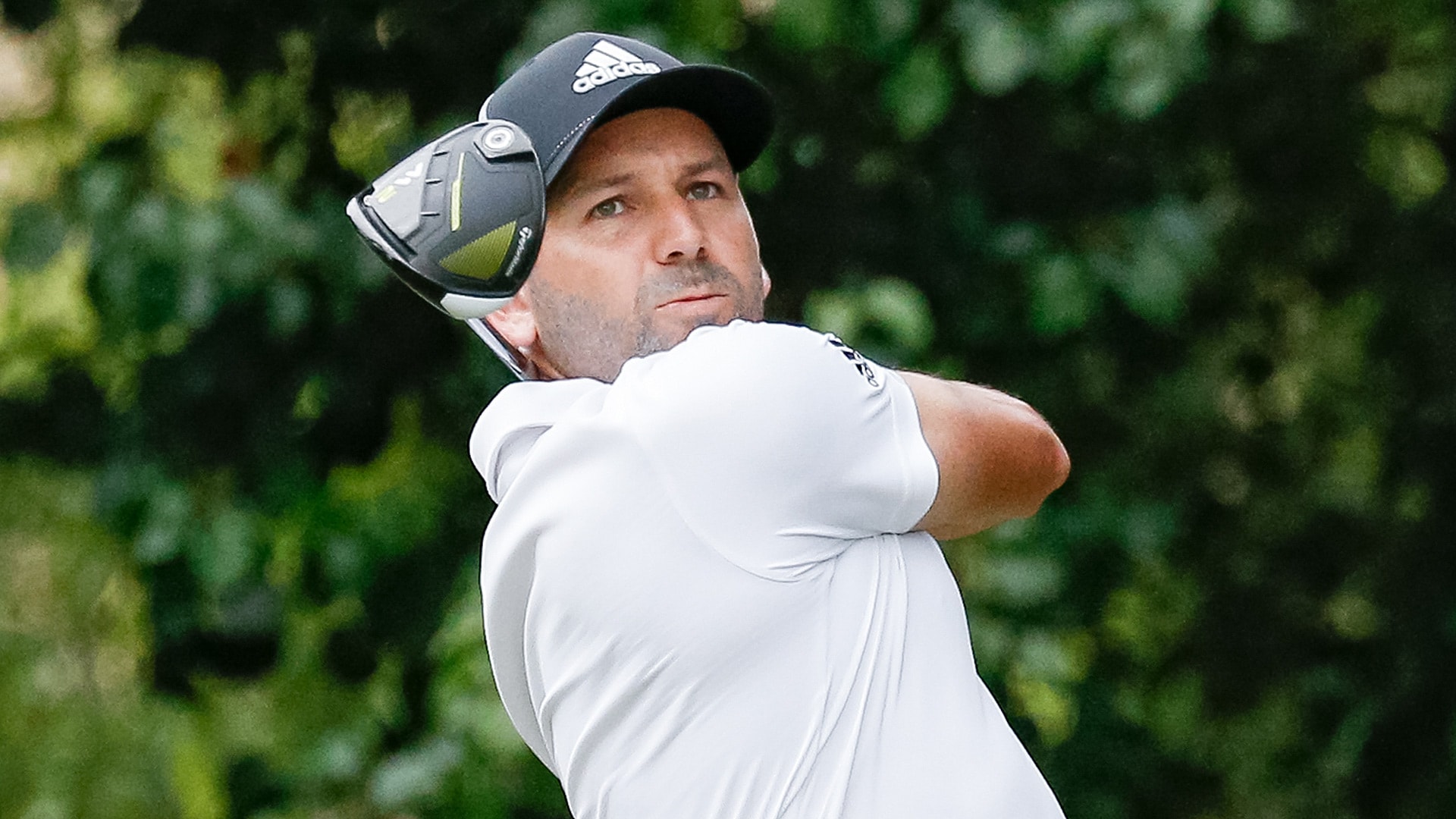 IRVING, Texas – Sergio Garcia was headed toward a missed cut early in his second round at the AT&T Byron Nelson, but the Masters champion fired a 5-under 65 to give himself a chance at defending his title this weekend.

Garcia opened with a 3-over 73 on Thursday, and he fell to 4 over par Friday morning with a bogey on the par-4 12th, his second hole of the day. But the 2004 and 2016 Nelson winner closed with six birdies to finish at 2 under par, four strokes off the lead.

“I just told myself to keep going, to try to hit some good shots, to give myself some looks at birdies,” Garcia said. “Obviously it was fortunate to make the first three that I had on 13, 15 and 16 so that kind of settled me down a little bit. Then I was able to hit a lot more greens, hit some shots, good range to make birdies, and I was able to make them.”

Unlike Round 1, Garcia’s putter cooperated in the second round. He took 32 putts on Thursday, but needed just 26 on Friday. He also hit 14 greens in Round 2, three more than in his opening round.

“I rolled some good putts, good birdie putts, and so that always gives you a little more confidence, and you don't feel like you have to hit it to three feet to make birdie,” he said.

Despite the strong finish, Garcia said his game is still not back to where it needs to be after he took a month off to celebrate his first major victory.

“Don't get me wrong, it's not like I can't hit the ball, but it just doesn't feel as smooth as I can tell maybe a month ago,” he said. “But we're trying, we're working on it.”