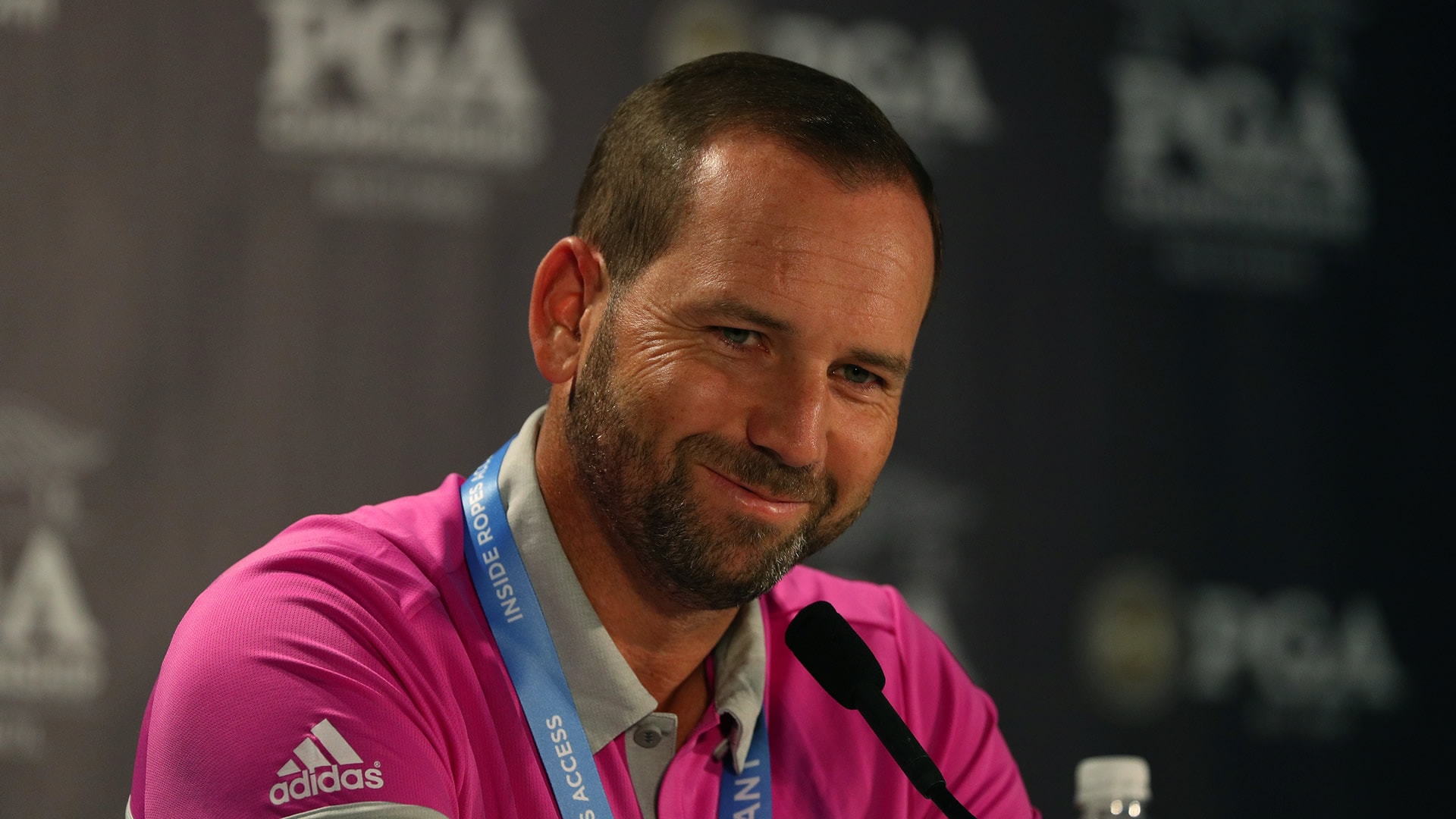 SPRINGFIELD, N.J. – There’s a trend emerging in golf’s biggest events, and it’s one that Sergio Garcia hopes will continue this week at the PGA Championship.

Each of the last four majors have been won by players who entered the week without a major title. That includes the last two champions, Dustin Johnson and Henrik Stenson, who both found a way to cross the finish line despite a number of close calls in the past.

Few players have more near-misses in majors than Garcia, who at age 36 is still in search of victory No. 1. Buoyed by the breakthroughs of his peers, he has his eye on joining Johnson and Stenson in the winner’s circle this week at Baltusrol.

“I would love to make it five in a row. Obviously it would be very nice,” Garcia said. “My goal is to play well, to give myself another shot at winning a tournament, winning a major, and then see what I can come up with.”

Garcia hasn’t received much attention leading up to the season’s final major, but that’s not because of a lack of form. He defeated Brooks Koepka in a playoff to win the AT&T Byron Nelson in May and has finished T-5 in his three worldwide starts since, including each of the last two majors.

“I played fairly well at the U.S. Open. At the Open Championship, I felt like my swing wasn’t quite there but I scrambled well,” he said. “So I guess for me that is a positive, because it shows me that I don’t need to be perfectly in form to still have a chance going into tournaments or into majors.”

Seventeen years have passed since Garcia’s famed shot from behind a tree at Medinah, and he has taken a philosophical approach to his position in the game ever since. That trend continued Wednesday, where Garcia pondered what might happen if his career – which includes more than $43 million in on-course PGA Tour earnings to date – might someday end without one of golf’s four most coveted prizes.

“Hopefully it will happen. If it doesn’t happen, it’s not going to change my life,” Garcia said. “I’m not going to go in a cave and, you know, kind of stay there until I die because I didn’t win a major or anything like that. It’s not that serious. I’m not going to lie, it would be nice to get at least one. But it’s not the end of the world.”