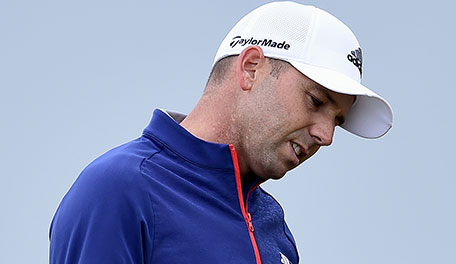 ST. ANDREWS, Scotland – Sergio Garcia could be forgiven for taking this loss personally.

This is, after all, the same player who in 2007 after losing the Open to Padraig Harrington at Carnoustie figured, “I'm playing against a lot of guys out there, more than the field,” he said.

Yet after another near miss, a tie for sixth on Monday at the Old Course, he was surprisingly upbeat.

“I love it. I love this tournament. I love these crowds. I love these courses,” said Garcia, who closed with a 70 to finish at 11 under, four strokes out of the playoff won by Zach Johnson. “I'm just going to keep giving myself chances until things happen, and then hopefully I manage to win at least one of these.”

Garcia charged out with a front-nine 32 and added another birdie at No. 10 to move to within one stroke of the lead, but a series of loose shots coming in cost him bogeys at Nos. 12, 13 and 17 and the Spaniard posted his ninth top-10 finish at the Open.