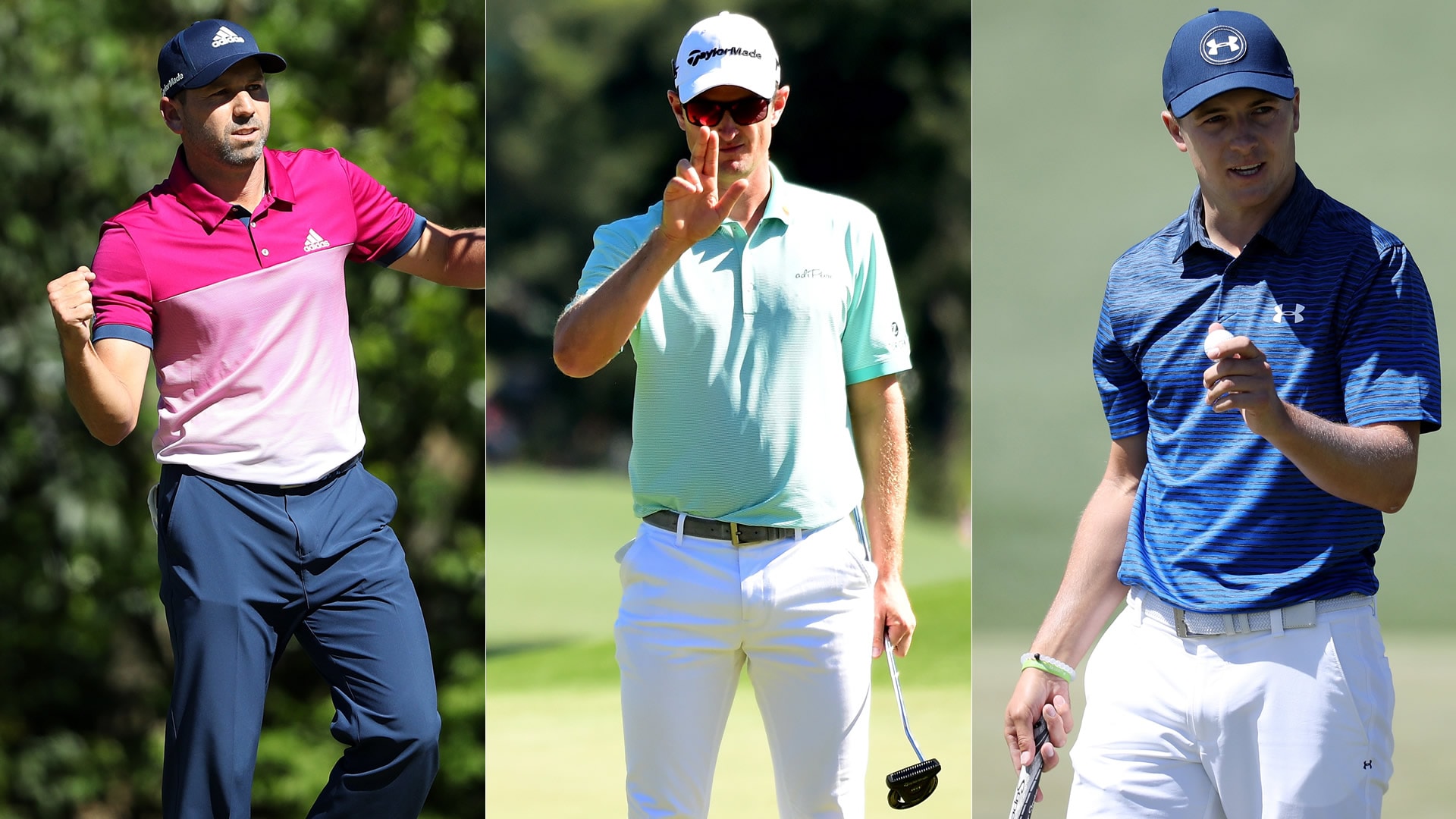 The winds abated and the red scores picked up during the third round of the Masters. Here's how things look heading into the final round at Augusta National, where Sergio Garcia and Justin Rose share the lead with a host of big names within a few shots:

What it means: It was a logjam at the top to start the day, with four players sharing the lead, but Hoffman was able to break from the pack and led for much of the day before a watery double bogey on No. 16. That allowed Rose and Garcia to race past him, while Spieth picked up some much-needed ground in his bid for a second green jacket. Fowler's solid round of 1-under 71 gave him his best chance to win a major since the 2014 PGA Championship.

Round of the day: Rose was a runner-up here to Spieth two years ago, and he gave himself a great shot at a green jacket with a 5-under 67 in the third round. Rose started the day three shots back and was still even on the day through 11 holes, but a birdie on No. 12 sparked him as the Englishman birdied five of his last seven holes, including a 3 on No. 18 to snag a share of the lead and a spot in Sunday's final pairing.

Best of the rest: Spieth appears to have put an opening-round quadruple bogey behind him, and he gave himself a shot at some Masters redemption after carding a 4-under 68. He opened with five straight pars before birdies on Nos. 6, 8 and 9 and Spieth briefly got within a shot of the lead after a tap-in birdie on No. 15. It'll be the first time in his Masters career he's not in Sunday's final pairing, but he still has a great chance at a second green jacket.

Biggest disappointment: Phil Mickelson played the third round alongside Spieth, and while one former champ made a charge, the other faded back to the pack. Mickelson opened with two straight birdies but stumbled from there, making the turn in 3-over 39 to drop out of contention. A birdie on No. 18 salvaged a 2-over 74, but Lefty gave up some serious ground given the conditions and now trails by eight shots.

Main storyline heading into Sunday: Take your pick. Garcia will likely have the brunt of the spotlight as he goes for his elusive first major on what would have been Seve Ballesteros' 60th birthday. But Rose has a great chance to add a green jacket to his gold medal, Fowler is in prime position to join the club of major winners and Spieth can't be counted out as he looks to finish first or second here for the unprecedented fourth straight year.

Shot of the day: Spieth returned to the site of his opening-round debacle, but his wedge approach to No. 15 went much better this time around. After landing behind the hole, Spieth spun it back and nearly holed it for eagle to move to 5 under on the day before a bogey on the next hole.

Quote of the day: "I know this place was Tiger-proofed. You can't really Jordan-proof this course." - Spieth