Garcia shares lead at Honda; Fowler one behind 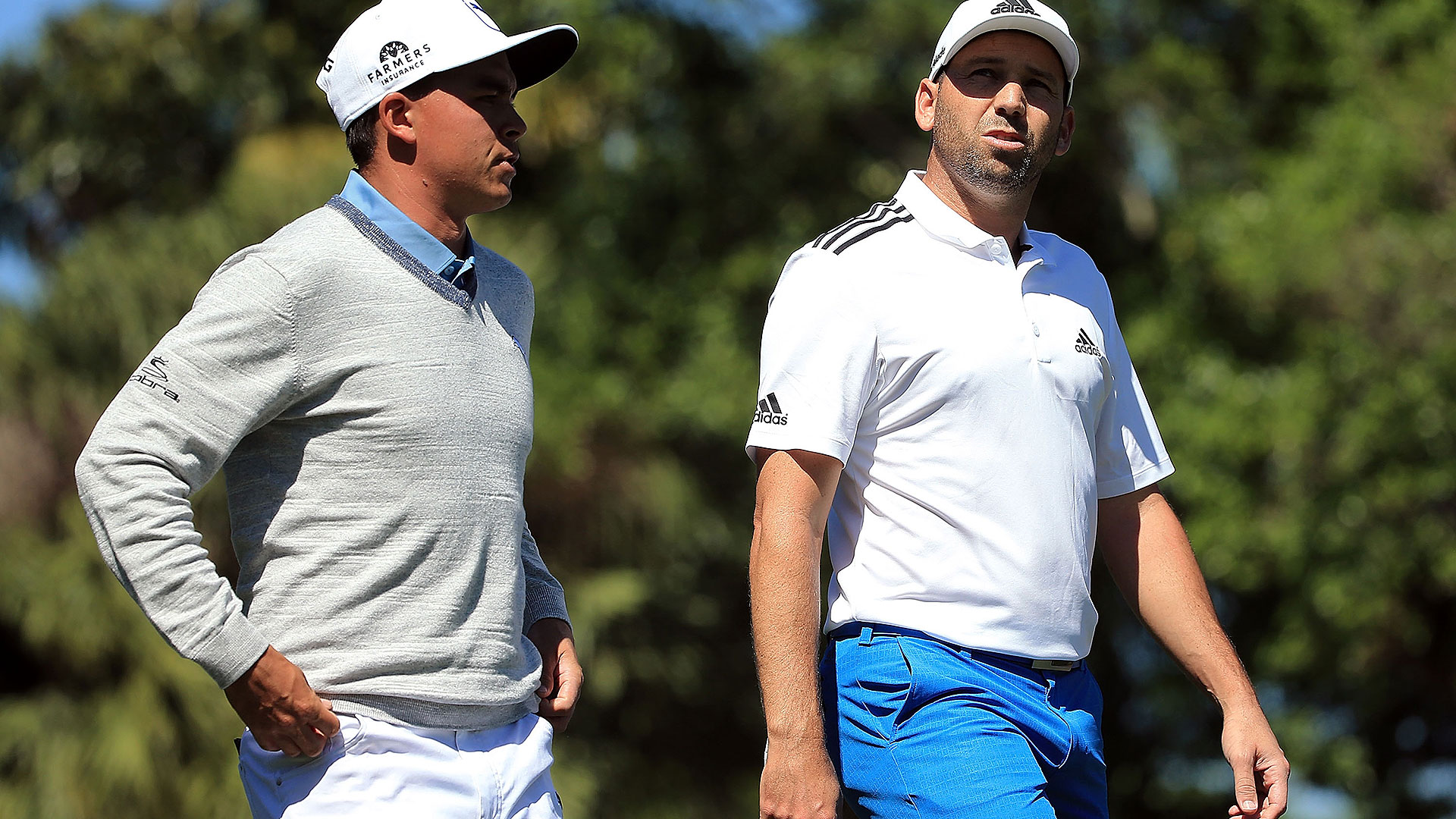 After a windy day at the Honda Classic, it's no surprise to see a great ball-striker and a former champion in the lead at PGA National. Here's how things stand after Round 1:

What it means: Garcia bounced back Thursday in a big way after a missed cut last week at Riviera. He's known as a premier ball-striker, but it was Garcia's short game that was on display in the first round. He hit 13 of 18 greens, but he got up-and-down four out of five times and took 27 putts. Thompson, the 2013 Honda champion, also missed the cut in his last start (Pebble), but he birdied his last hole to join Garcia at the top. Thompson could sure use a good week as he's slipped all the way down to 326th in the world.

Round of the day: Garcia and Thompson couldn't make it around PGA National without a blemish on their scorecards, but they recorded impressive rounds on a windy and cool start to the Florida Swing. Garcia started his round with a bang by holing out for eagle at the par-4 second and a birdie on the par-5 third. He rebounded from a bogey on No. 6 with back-to-back birdies. After nine straight pars, Garcia closed out his round with a birdie on the par-5 18th. Thompson made two bogeys, but he made up for those errors with an eagle and five birdies.

Best of the rest: Playing in the same group as Garcia, Fowler was the only player in the field without a bogey on Thursday. Coming off a crushing playoff loss to Hideki Matsuyama at the Phoenix Open three weeks ago, Fowler is right back in contention – so pretty much where he's been since his win at the Players. So far this year, Fowler's finished fifth, first (Abu Dhabi), MC, second.

Biggest disappointment:  While he didn't have the worst round of the day, Keegan Bradley's struggles continued Thursday with a 7-over 77. In four starts this year, Bradley's missed three cuts and finished T-24 at the Phoenix Open.

Main storyline heading into Friday: World No. 3 Rory McIlroy got off to a sloppy start with a 2-over 72. While he's not out it, the 2012 Honda champion will need to go low in the second round to have a chance on the weekend.

Quote of the day:  “It’s been really fun for me to come out and play, because I know that I’m going to strike it well.” – Phil Mickelson after a 1-under 69.