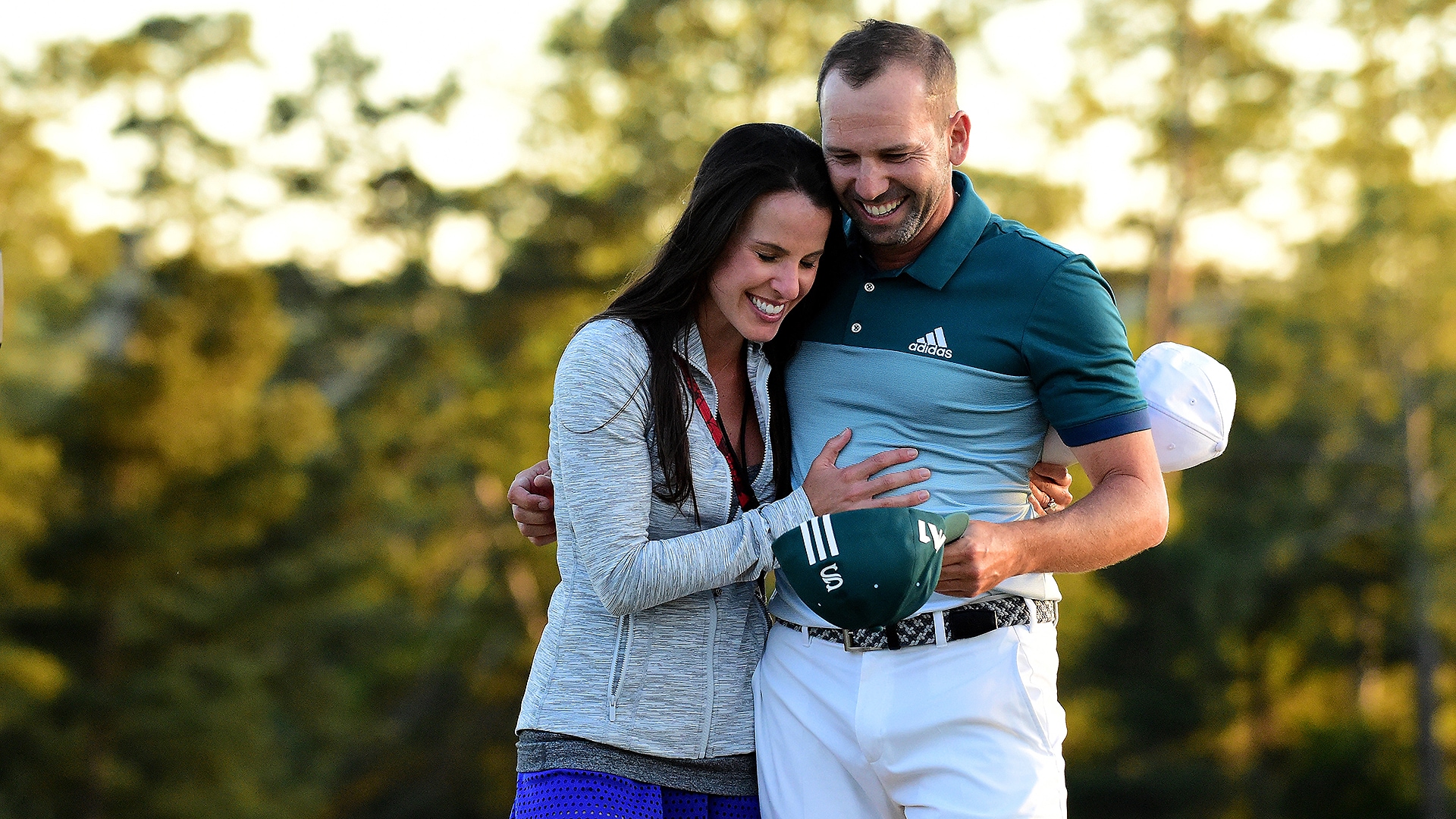 Less than 24 hours later, at 1:54 a.m. Wednesday, they welcomed their first child, a baby girl with a Masters-inspired name: Azalea.

Beautiful Azalea Adele Garcia was born on March 14 at 1:54am. So proud and impressed with my wife @TheAngelaAkins and the way she handled the pregnancy and delivery! Love you both so muchpic.twitter.com/IGu1tV1QlA

Augusta National is renowned for its blooming azaleas come tournament time, but perhaps Garcia went even deeper with the name of his first child.

Augusta National’s par-5 13th is also nicknamed Azalea, and that’s where, in last year’s final round, he made an improbable par en route to the playoff victory over Justin Rose.

Garcia said that the folks at Augusta National sent over a few Masters-themed dresses.

“We’ve very excited for her to wear it,” he said, “and I’m sure that we’ll put them on the week of the Masters. It should be very fun.”

Sergio Garcia and his wife welcomed the couple's second child on Friday, which would have been the second round of the Masters.