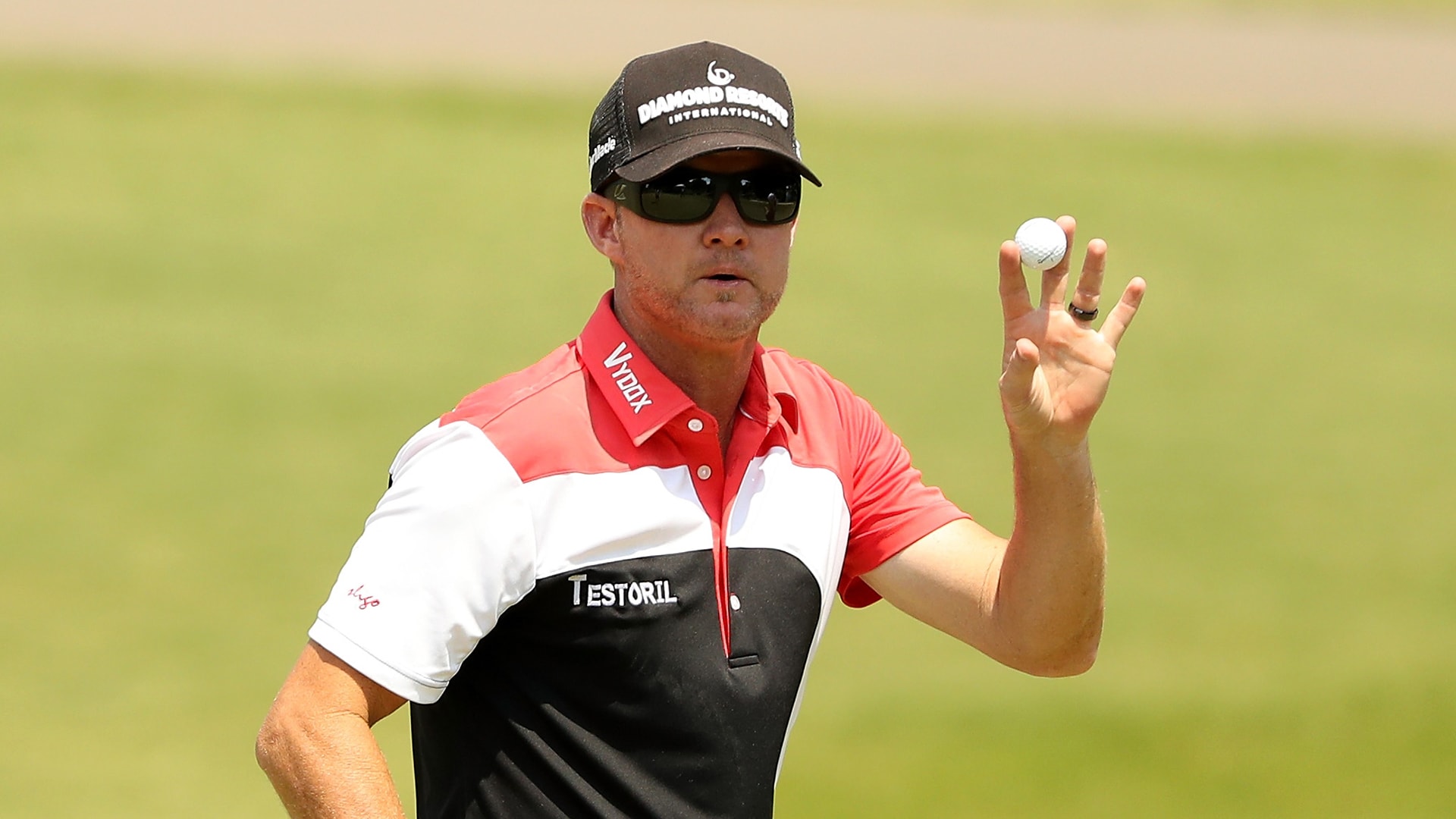 MEMPHIS, Tenn. – On Monday at nearby Germantown Country Club, Brian Gay finished in a tie for the final qualifying spots to earn a start at next week’s U.S. Open but then lost a 6-for-2 playoff.

After playing another hole to decide the qualifier’s first alternate, Gay and Robert Garrigus decided to flip a coin to decide who the second alternate would be.

“We’d already played 38 holes and it was a long day so we just decided to flip for it,” Gay said at the FedEx St. Jude Classic.

On Sunday, Gay earned his spot into another major, qualifying for the Open Championship with a final-round 66 to finish sixth.

Gay and three others players earned invites via the Open Qualifying Series, which this week awarded tee times to the four leading players who finished inside the top 12 and were not already qualified.

Russell Henley and Seung-Yul Noh will join Gay at Royal Troon next month. Henley finished tied for seventh with Noh, who rallied late to claim his spot with birdies at Nos. 15 and 16.

Steve Stricker also earned a spot into the Open, finishing tied for second place after a closing 67, but he has played a limited schedule the last few years and didn’t know if he would accept the invitation.

“I don’t know, it’s me and [his wife] Nicki’s anniversary that week, but it is a major and you can’t win one if you don’t play,” Stricker said. “We’ll have to talk about it and decide.”