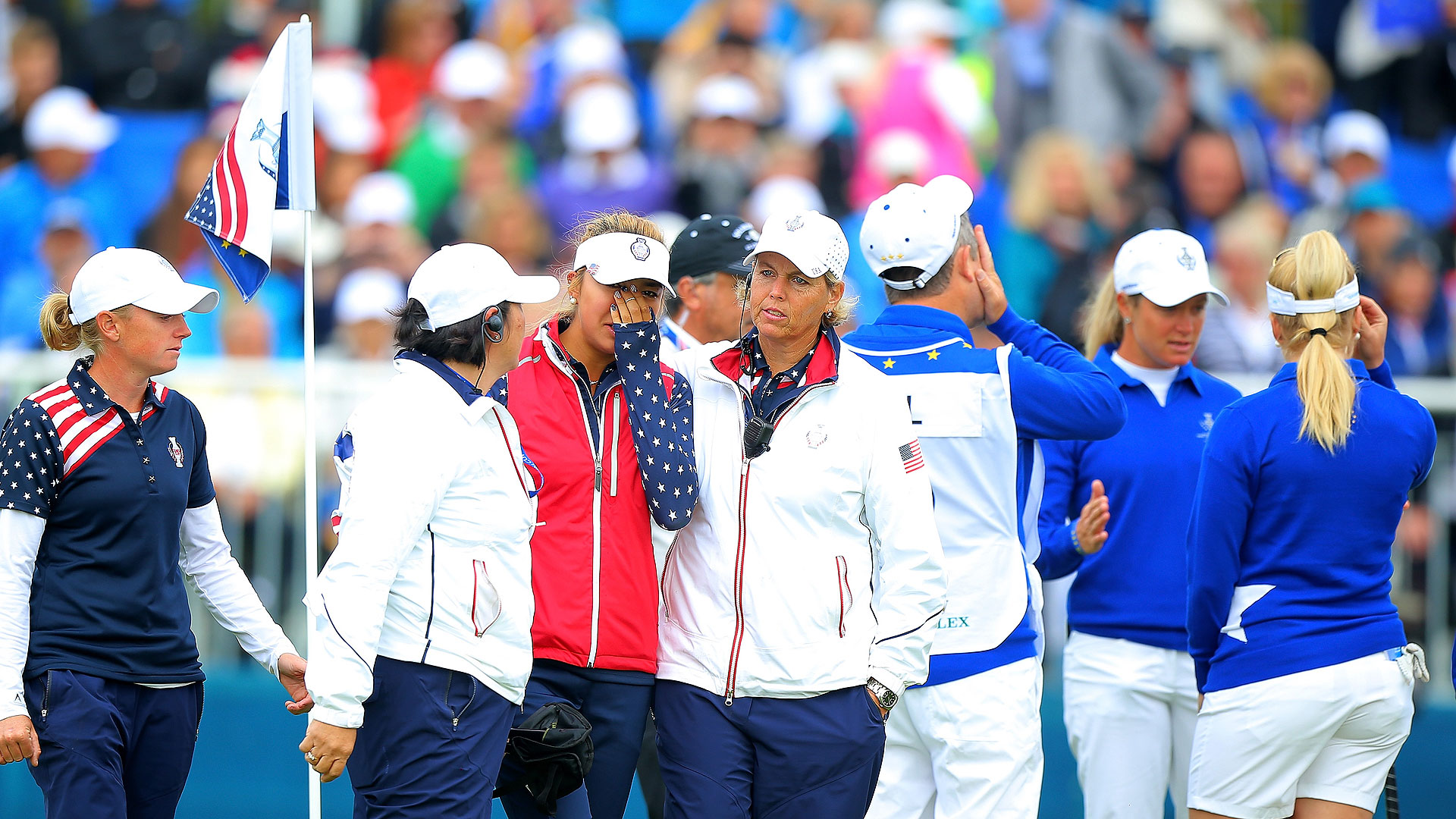 OCALA, Fla. – Alison Lee will be paired with Suzann Pettersen for the first time since they were at the heart of the controversy at the Solheim Cup last fall.

Lee is scheduled to play the first two rounds of the Coates Golf Championship Wednesday and Thursday with Pettersen and Stacy Lewis at Golden Ocala.

Lee is getting her share of “phantom concession” reunion pairings to start the new season. Lee was grouped with Charley Hull in the first two rounds of the Pure Silk Bahamas Classic last week. Hull was also part of the Solheim Cup controversy that ensued after the American Lee scooped up a putt in a fourballs match thinking the Europeans conceded the putt. With Pettersen holding Lee to the letter of the Rules of Golf, despite confusion that may have led to Lee mistakenly believe that the putt was conceded, a furor over sportsmanship followed.

The LPGA said the pairings were randomly generated by its pairings program.

Lee told GolfChannel.com at the CME Group Tour Championship at year’s end that she spoke with Pettersen about their Solheim Cup differences in Malaysia, three weeks after the Solheim Cup. It was their first conversation since the controversy first erupted.

“Our talk was really personal,” Lee said. “I don’t want to share what went on.”

Below are four groups to watch in the first two rounds of the Coates Golf Championship:

Lydia Ko is making her 2016 debut. She finished second at the Coates Golf Championship last year but got a great consolation prize. She moved up to Rolex No. 1 for the first time after the event, becoming the youngest No. 1 in the history of men’s or women’s golf.  Creamer is coming off a T-5 at the Pure Silk Bahamas last week. Pressel is looking to follow up a resurgent 2015 season with another good year.

Dynamic pairing of young, big hitters in Thompson, who turns 21 on Feb. 10, and Henderson, 18. They are birdie machines who should be fun to watch. Nordqvist is not a big hitter, but she’s underrated as a five-time tour champion, a formidable ball striker.

Khang, the 18-year-old American who won a lot of fans making a run at winning the Pure Silk Bahamas Classic in her rookie debut last week, gets a dream pairing with Michelle Wie, who will be looking to shake off last week’s sluggish start with a missed cut in the Bahamas. Park won the NCAA individual championship at USC two years ago and tore up the Symetra Tour with three victories after joining that tour late.