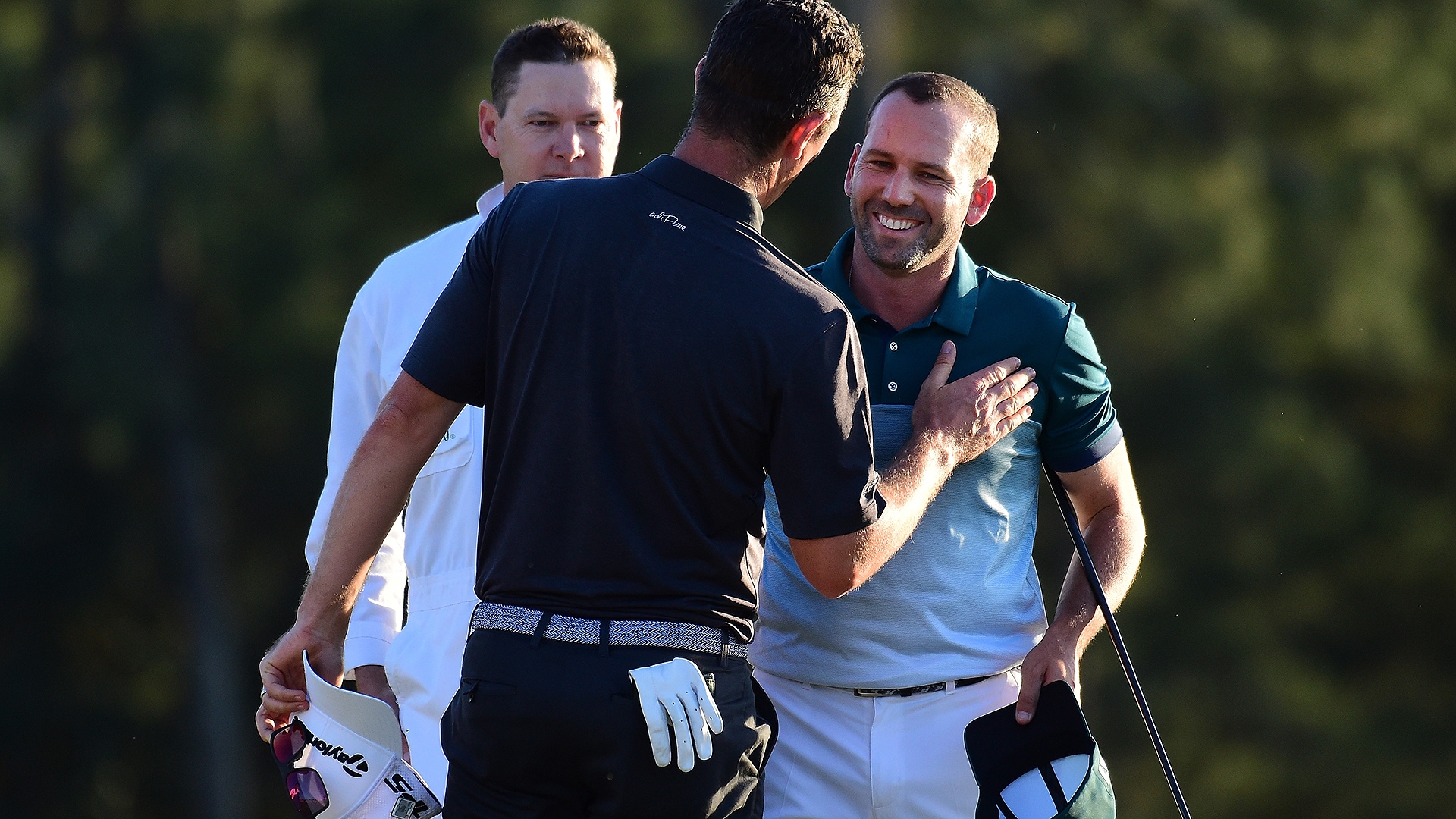 And before he even had a chance to slip on his green jacket, the golf world took to social media to congratulate the Spaniard on his Masters victory.

Here's a sampling of the best congratulatory tweets, starting with the guy Garcia beat in a playoff, Justin Rose:

Congrats @TheSergioGarcia
Incredible battle out there. Sport in the moment can be tough. But it's just sport. Hope you guys enjoyed it. pic.twitter.com/er7OzrdTgA

2 unbelievable players and 2 great friends, but I couldn't be happier for @TheSergioGarcia. You deserve it all amigo!!

What a show that was! Congrats to @TheSergioGarcia

That was some incredible golf by Sergio. I thought he was out of it on 13 but he never gave up. Persevered through some real adversity

So happy for @TheSergioGarcia! He's been so close for so long. You know Seve is going crazy heaven! #welldonebuddy @TheAngelaAkins

I'm so happy for you @TheSergioGarcia most talented player I've ever met! We have ALL waited to celebrate this moment with you! #themasters