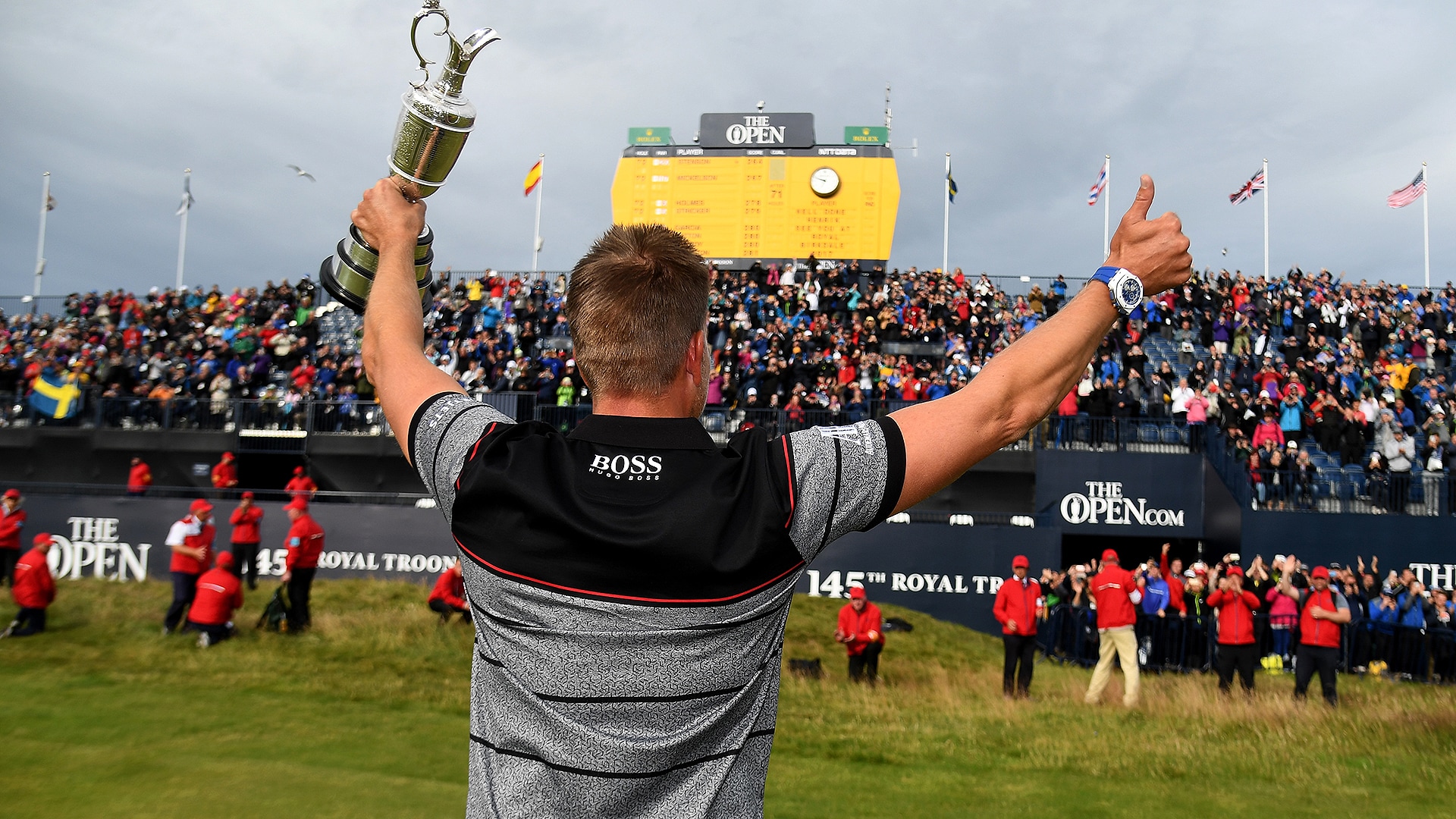 Henrik Stenson has long been a favorite of other players, with countless stories of his sneaky, dry sense of humor and ability to pull off pranks forever attached to his name.

So when the 40-year-old Swede finally broke through to win his first major on Sunday at The Open after an epic duel with Phil Mickelson, the congratulatory messages didn't take long to start rolling in.

Here's a sampling of the best tweets sent to Stenson from his peers in the wake of his first major championship:

You r Amazing, Worth waiting for, when @henrikstenson wins @TheOpen he does it in style! #TheViking #Congrats pic.twitter.com/p18umBhkdi

I am so happy for @henrikstenson What an amazing performance! He has been close several times… https://t.co/pCaliuEF4E

20 under!!! Respect @henrikstenson. That's how you earn your 1st major. Amazing stuff.

What a front runner Stenson is. Amazing duel there from the 2 boys. Phil was awesome. So happy for @henrikstenson. Much deserved. #openchamp

Incredible performance by @henrikstenson!!! Thrilled for him, his lovely family and for Sweden!! #TheOpen

Couldn't be happier for my friend @henrikstenson to win his 1st major with the best ever score -20 @TheOpen! Some golf that was!!!

Don't drink too much @henrikstenson before your @TheOpen press conference tomorrow at 9am!! #OpenChampion

Awesome @henrikstenson and his team Pete Cowen & @SwashPutting so pleased for him! Unbelievable display of golf today!!!!!!!

Wonder if Johnny Miller was happy or sad when Henrik make that putt for 63? Congrats @henrikstenson incredible final round !

Phil played all four rds under par, including a 63 and a final rd 65, and STILL LOST BY 3! That was incredible. This Open was won, not lost.

Best golf I have ever seen by to guys on a Sunday @TheOpen. Congrats @CallawayGolf #Viking&Phil

Landed in Switzerland to find out that @henrikstenson won the @TheOpen. Much deserved my friend! Helluva player! Congrats @gareth_lord