Gooch chooses 'life over a good lie' with gators nearby 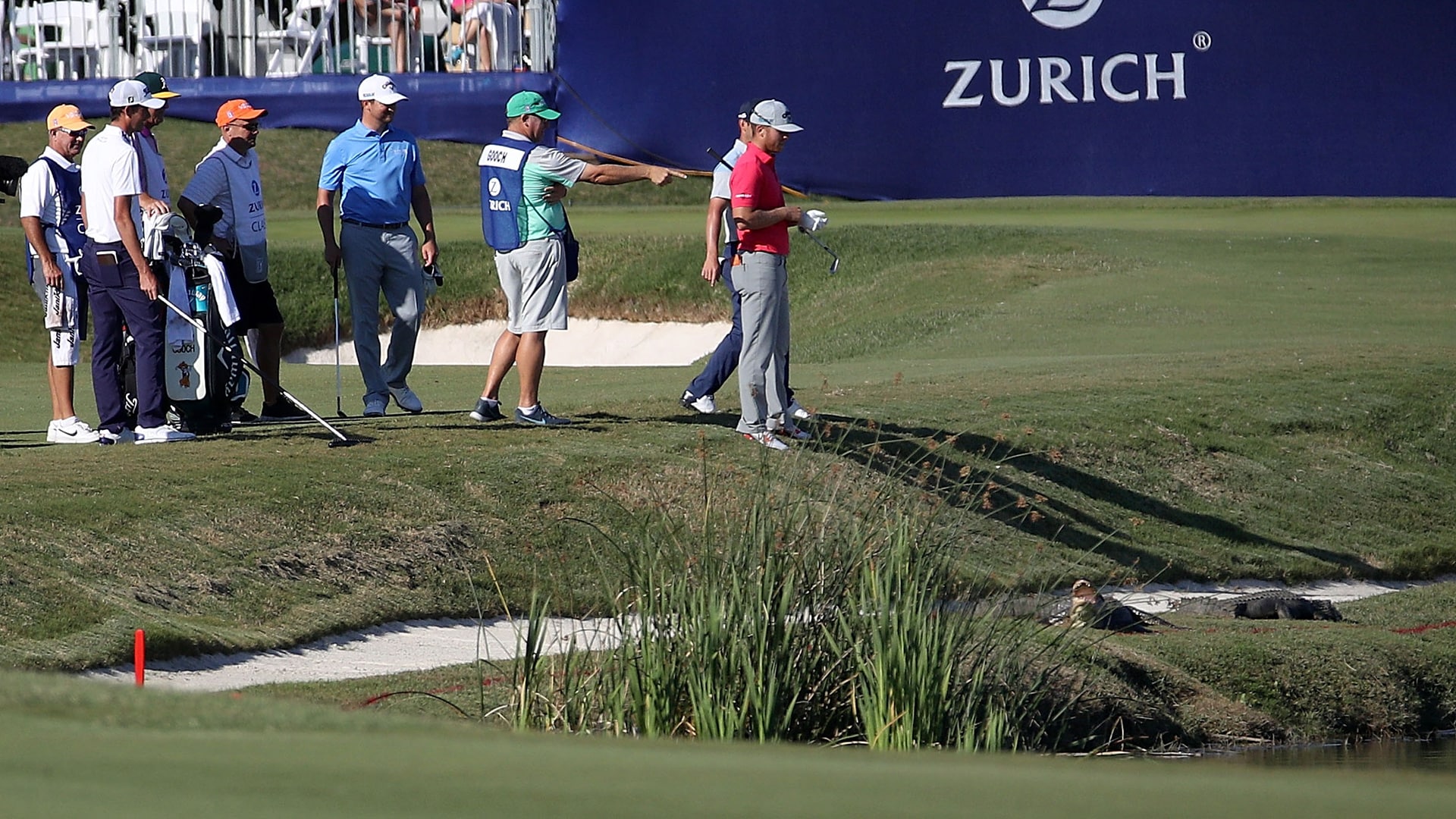 Gooch’s ball came to rest Thursday within a few feet of three gators, leading to a lengthy delay as he sorted out his options.

Chesson Hadley used a rake to nudge two of the gators on the tail, sending them back into the pond surrounding the green. But the third gator wouldn’t budge.

“It woke him up from a nap,” Gooch said, “and he was hissing away and wasn’t happy.”

The other two gators remained in the water, their eyes fixed on the group.

“I’m sure we would have been fine, but any little movement by them and no chance I would have made solid contact,” he said.

A rules official granted Gooch free relief, away from the gator, but he still had to drop in the bunker. The ball plugged.

“I chose life over a good lie in that situation,” he said.

He splashed out short of the green, nearly holed out his pitch shot and made par to cap off an eventful 6-under 66 with partner Andrew Landry.