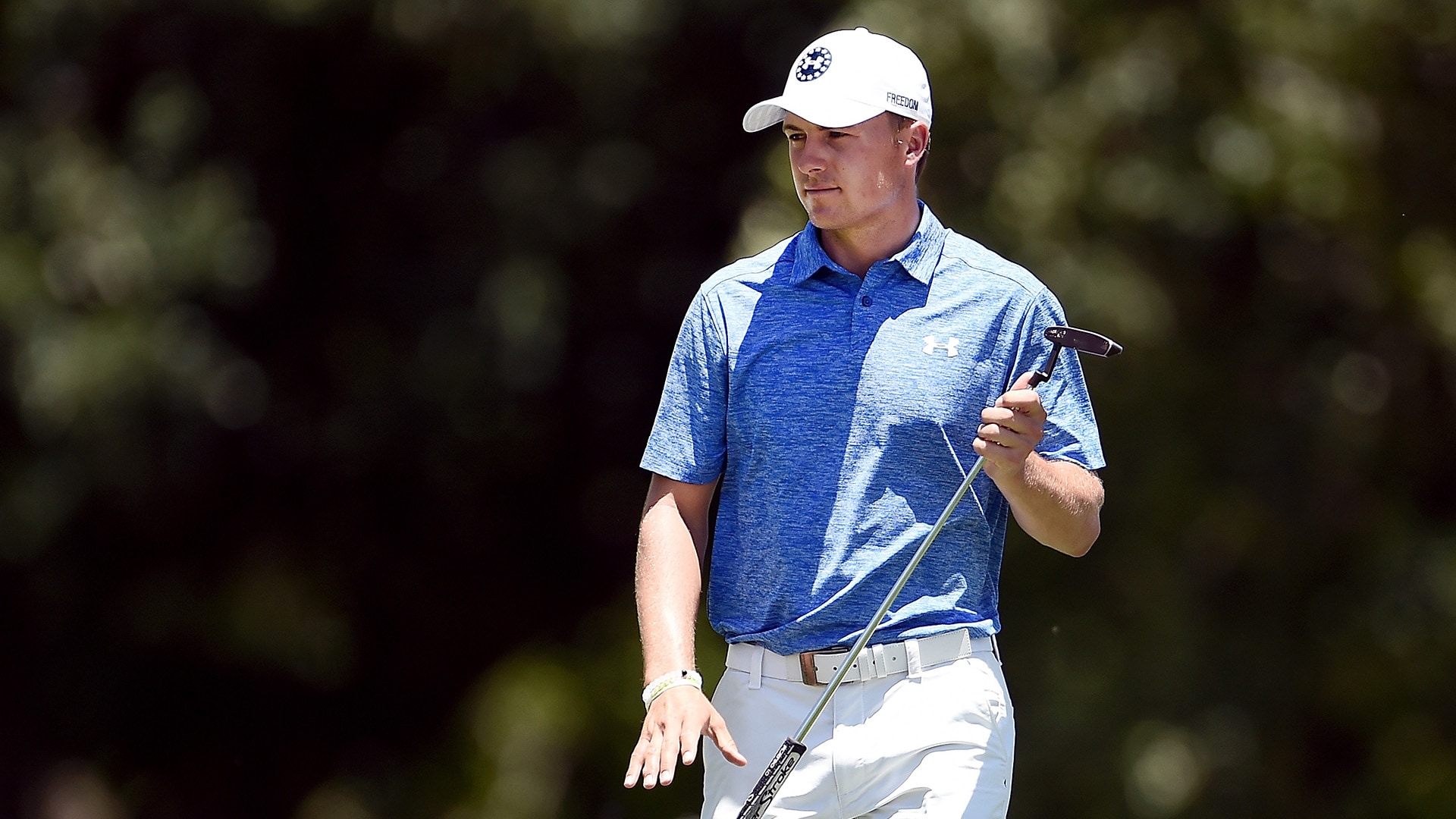 FORT WORTH, Texas – Maybe the best news for Jordan Spieth on Thursday at the Dean & DeLuca Invitational is that no one asked about his putting following his opening round.

Instead, the defending champion spent his post-round interview discussing how close his first-round 70 was to being something really good given the windy conditions on Day 1 at Colonial.

“With gusty winds it's not going to end up where you think it's going to a lot of the time,” said Spieth, who struggled in the wind off the tee and hit just 5 of 14 fairways. “I felt like I missed some fairways by 1 to 5 yards today that made a complete difference in the way the hole played.”

It could have been much worse after Spieth began his round with two bogeys through his first four holes. But he rallied with birdies at Nos. 5 and 7 to turn at even par and added another at the 13th to move to 1 under for the day before an untimely course management error cost him at the 15th.

From a fairway bunker on the par-4 15th hole, Spieth’s 8-iron approach shot climbed into the sky before being blown left and into a water hazard adjacent the green.

“My eye was solely on getting it back there by the pin and continuing momentum,” Spieth said. “In mid-air I'm like, shoot, I completely forgot about the water. Which you can't be upset about. I'm zeroed in on the pin. Obviously you should know to favor one side or the other.”

As for his putting, which has been a familiar topic since he switched putters last week at the AT&T Byron Nelson, that wasn’t an issue on Day 1, with Spieth needing just 26 putts and gaining more than a stroke on the field in the strokes gained: putting statistic.