Goode out after 'internal restructuring' at USGA 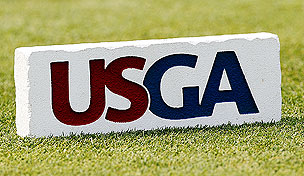 After three years with the USGA, Joe Goode will leave his post as the group's managing director of communications later this year.

According to a Golf Digest report, the move comes as part of an "internal restructuring" weeks after Tom O'Toole was elected as the governing body's newest president.

Goode has been with the USGA since October 2011, and last summer served as spokesperson when television rights for various USGA championship programming switched from NBC and ESPN to Fox. Earlier this week, Goode was a part of the organization's communication efforts while confirming that the 2021 U.S. Open has been offered to Torrey Pines.

"Joe has been a trusted member of the senior leadership team since his arrival," said USGA executive director Mike Davis as part of a media release announcing the personnel change. "He has provided sound advice, best practices and strategic counsel regarding every facet of the USGA's communications programming."

Prior to joining the USGA, Goode spent 15 years as a communications executive with Bank of America and also worked as a news anchor and correspondent in Washington, D.C. According to the announcement from the USGA, he now plans to pursue "his next private sector strategic communications role."

"While my work at the USGA has been rewarding, I told Mike (Davis) that I felt like this was the right time for me to pursue my next opportunity," said Goode. "I will leave knowing that we accomplished what we set out to do over the past 2.5 years, building a stronger communications function that will support the USGA and its mission to serve the game for years to come."