Grace derailed by 'one bad swing' 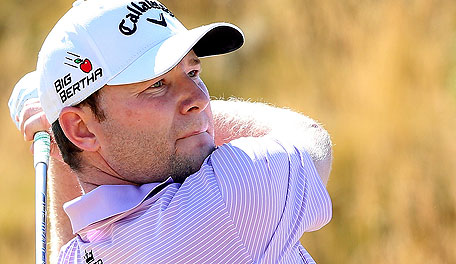 UNIVERSITY PLACE, Wash. – With one ill-fated swing, Branden Grace’s U.S. Open hopes ended up on the rocks near the train tracks that border Chambers Bay.

The South African began the day as one of four co-leaders, and through 69 holes he was tied with Jordan Spieth, two shots clear of the rest of the field. His attempt to drive the green on the short par-4 16th, though, sailed well right and out of bounds. The subsequent double bogey proved to be the difference, as Spieth finished two shots ahead of him.

“Gave myself the opportunity to actually have a chance to win it, and just one bad swing cost me at the end,” Grace said. “A straightforward shot, just spun out of it and that’s costly.”

Grace shot a 1-over 71 in the final round, failing to earn his maiden PGA Tour triumph after going 6-for-6 with at least a share of the 54-hole lead in his European Tour career. Still, the T-4 finish is his best result in a major and earns the 27-year-old a spot in the Masters as well as a return trip to the U.S. Open next year at Oakmont.

“I think I have pretty much secured my card next year in the States, which is a bonus for me. That is the main thing I wanted to do,” he said. “I’ve handled myself well and played some great golf under the pressure.”

Grace will take plenty of positives from Chambers Bay, and is expected to jump into the top 30 in the world rankings when they are released on Monday. Still, he couldn’t help but dwell upon the one shot he wanted to have back.

“It’s a pity it came down to this,” he said. “If I didn’t win, I would have liked to have finished second or something around there. Like I said, I really didn’t do a lot wrong. The swing kept up, just one bad swing that cost me.”