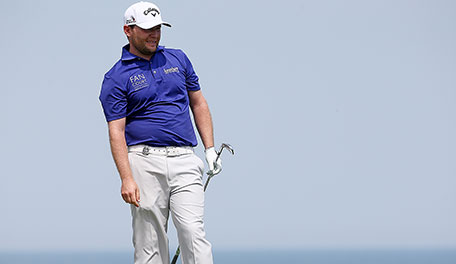 SHEBOYGAN, Wis. – Another solid finish for Branden Grace may surprise some American golf fans, but not Ernie Els.

Grace participated in Els’ junior program back home in South Africa and the two have become regular practice round partners.

“He’s just an upbeat kid and he was quite disappointed after the U.S. Open and I told him to keep working and he’s done that,” Els said.

Grace tied for fourth at the U.S. Open following a Sunday miscue on the 16th hole that dropped him out of the lead, and at Whistling Straits he pulled to within three strokes of eventual winner Jason Day with four birdies in five holes starting at No. 3, before closing with a 69 that was good for third place.

“I'm getting closer in the majors, which I want to do,” Grace said. “I feel that the game is keeping up and the standard of golf that I'm playing is showing and I don't have to step down for these guys.”

Although he came up short at Chambers Bay and Whistling Straits, Grace has earned enough FedEx Cup points to secure himself membership on the PGA Tour next year, and according to a member of his management team, he is already looking for an American residence in South Florida and preparing for a full schedule in 2015-16.