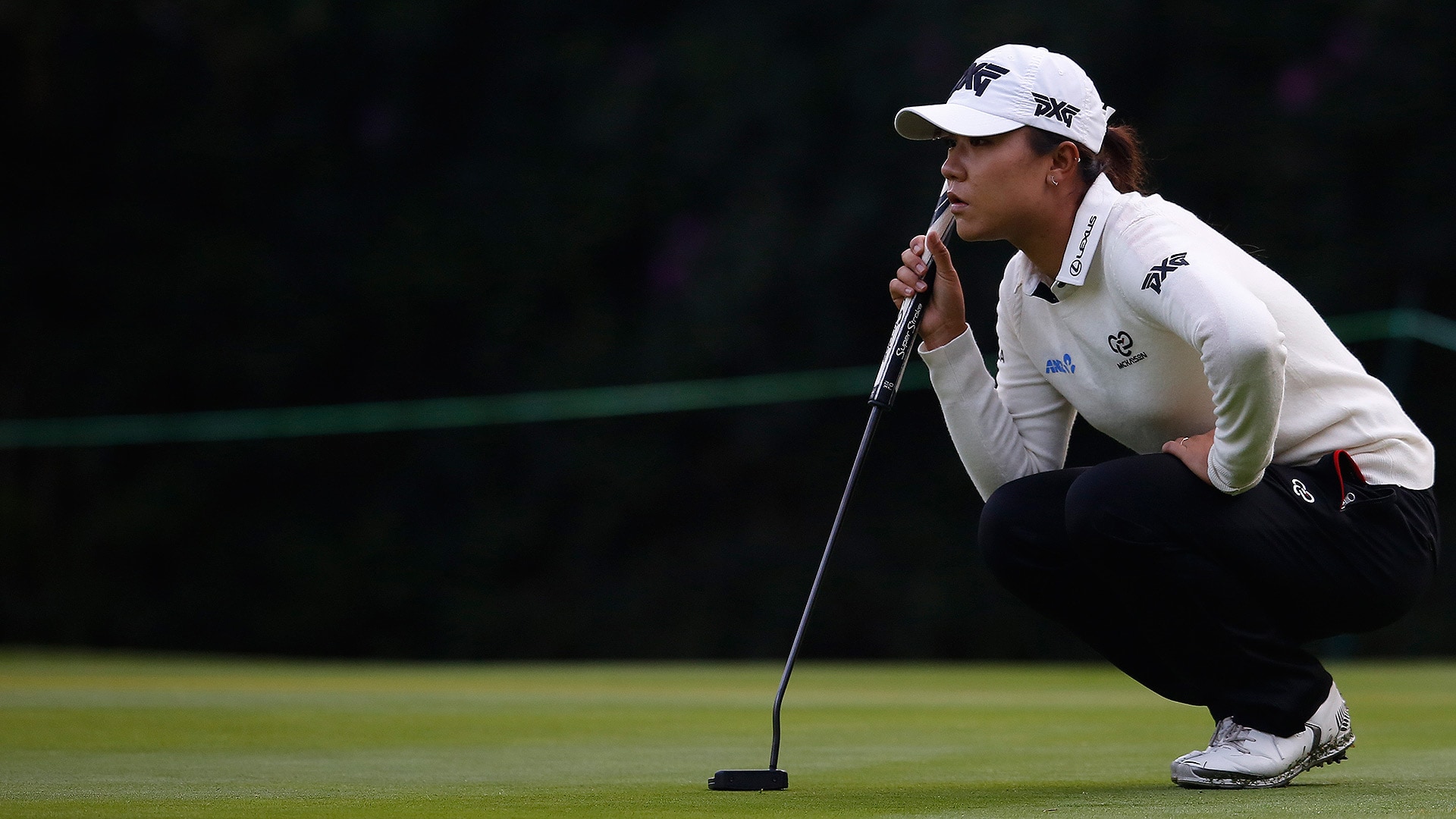 WILLIAMSBURG, Va. – Lydia Ko struggled early in the year with her putting, but the final piece may be falling into place as the Rolex world No. 1 looks to claim her first victory since shedding her teen-phenom status.

Ko, who turned 20 last month, posted a 4-under-par 67 Thursday to get into early contention at the Kingsmill Championship.

In Thursday’s opening round, Ko took 26 putts, making five birdies against a single bogey. She’s tied for fifth, two shots off the lead.

Ko’s sweeping changes this year include going to a conventional putting grip for all putts, instead of going left-hand low for short putts. Her changes also include a new PXG Bat Attack Putter, a winged-style putter PXG specially designed for her.

“I really like the putter,” Ko said. “I’m not required by PXG to use the putter, but I told them the style I liked, and they came out with the Bat Attack.

“They worked hard to make it right for me. The PXG team put in so much time to get me into something that feels comfortable, I think that’s why I’m able to use it.”

It’s the fourth putter Ko has used this young season. She tried an Odyssey winged putter for the first time earlier this year before going back to an Odyssey two-ball putter that worked so long for her.

Ko put the new Bat Attack putter into play for the first time at the ANA Inspiration last month and tied for 11th. In her next start, she tied for second at the Lotte Championship, her best finish of the year.

“I putted really well the last couple days in Hawaii with [the Bat Attack],” Ko said. “There are good signs. Hopefully, I will get a few more putts to drop this week.”

She’s seeking her 15th LPGA title, her first in 10 months.

Ko was first in putts per GIR on tour last year. She was second the year before.

“My stroke wasn’t that much different between conventional and left-hand low, but a little better with conventional,” Ko said. “But, to me, I just felt more comfortable conventional. At the end of the day, especially in pressure situations, you need to feel comfortable.”

Ko said her biggest challenge of late has been converting “medium-range putts,” putts in the 15-foot range.

“I always putted conventional from that range anyway,” Ko said.