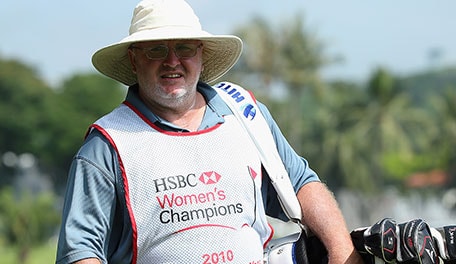 TURNBERRY, Scotland – In Gee Chun will have an accomplished guide back on her bag as caddie this week at the Ricoh Women’s British Open as she tries to win back-to-back major championships.

Dean Herden, an Australian, has become a sort of guide to the stars in South Korean golf.

Picking up Chun’s bag for the first time at Lancaster Country Club, he helped her win the U.S. Women’s Open three weeks ago. It was the third different South Korean player he has helped win a major. Herden was on Jiyai Shin’s bag when she won the Ricoh Women’s British Open in 2008. He was on So Yeon Ryu’s bag when she won the U.S. Women’s Open in 2011.

“I’ve been hired and fired by the best,” Herden said.

Herden has been caddying for Hee Kyung Seo, who wasn’t in the field at the U.S. Women’s Open. Seo is friends with Chun and recommended Herden when she learned Chun was looking for a caddie.

Herden is so familiar with the Korean LPGA Tour, Australian Golf Digest asked him to write a story about why South Korean women are so successful. In the story, scheduled to appear in the newest issue, Herden outlines the Korean tour’s sophisticated developmental system.