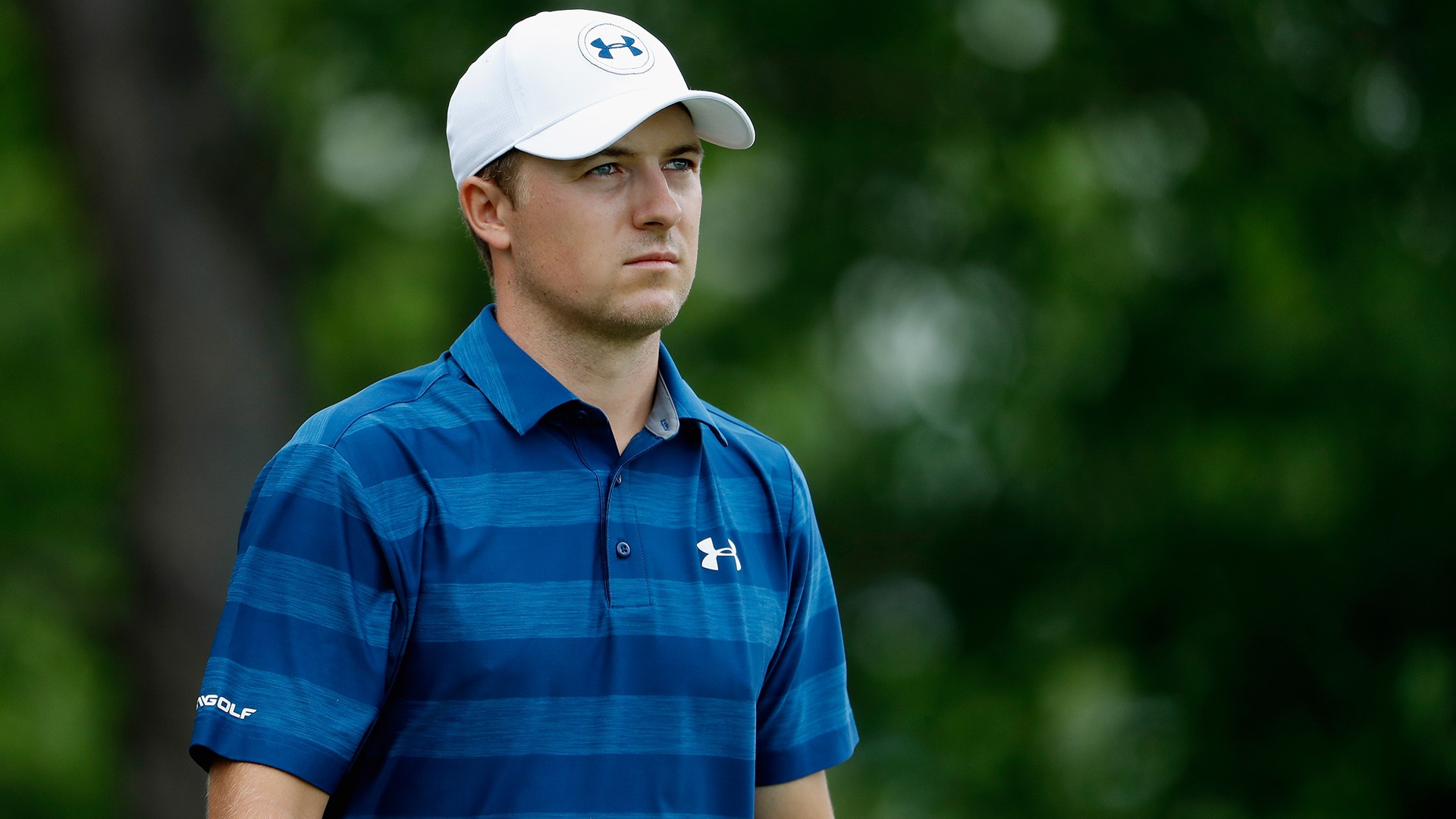 AKRON, Ohio – A triple bogey during the third round may have derailed his title chances at the WGC-Bridgestone Invitational, but Jordan Spieth still took plenty of positives from another high finish at a marquee event.

Spieth closed with a 3-under 67 during the final round at Firestone Country Club, earning a share of third place behind Dustin Johnson and Scott Piercy. It marks his best-ever result on the South Course, and for Spieth it shows that hours of recent range work have paid off.

“I felt like I had a two-way miss going back even through Colonial, and that’s rare for me,” Spieth said. “This was a very solid day and a nice progression from the beginning of the week. Each day got a little better, which was what I told you guys I wanted to do from the start.”

After scrambling across the Atlantic for The Open Championship each of the last three years following the John Deere Classic, Spieth will be able to take a more conventional approach to his Open prep this time month. He plans to fly to Scotland Friday night, with 18 holes on Sunday and Monday at Royal Troon followed by nine holes each day on Tuesday and Wednesday.

“It’ll be nice to get over there, feel like I’m fully adjusted, when in previous years you kind of get over that jet lag on Wednesday and all of a sudden, there you go, you’re thrown into it,” he said.

Spieth focused throughout the week on trying to limit chatter with caddie Michael Greller and speed up his overall pace of play. He felt he accomplished both goals while playing his way into contention, adding that at no point this week was he approached by a rules official and put on the clock.

“I think I was pretty ‘gunslinger’ here, which is kind of the word we’re using to speed up, step up,” he said. “You’ve got one or two triggers in your swing ideally, and that’s producing the visualization that you quickly do right before you get over the ball. I don’t have to change much, felt like we did a really good job of it this week.”

Spieth added that while he’s willing to adjust and hasten his pre-shot routine from tee to green, he has no plans to tamper with his established process once the putter is in his hands.

“I take my time on the greens, and I believe I’m the best putter in the world,” he said. “So whatever I’m doing on the greens, I’m going to keep doing.”