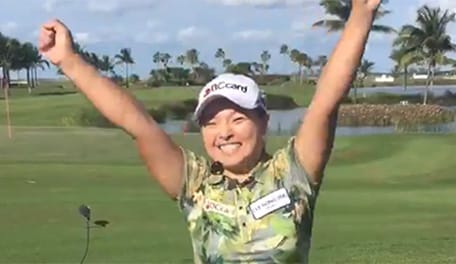 Ha Na Jang made history Saturday at the Pure Silk Bahamas Classic with an albatross at the eighth hole at the Ocean Club on Paradise Island.

Jang is believed to be the first player to make a hole-in-one on a par 4 in LPGA history, according to the LPGA.

Jang said it was her second albatross and her sixth hole-in-one, four of which she said came last year. Jang said two of her holes-in-one have come in competition.