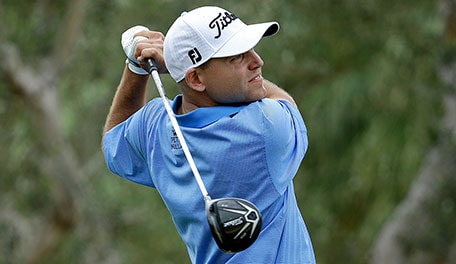 Bill Haas shot a 5-under 67 Sunday to top a crowded leaderboard and take home his second Humana Challenge title. Here's what went down in La Quinta, Calif.:

What it means: The win is the sixth of Haas' PGA Tour career and his second at the Humana, which he first won in 2010. His victory comes after his first winless year on Tour since 2009, as wrist issues dogged him throughout 2014 and forced him to hang up his clubs for four months this winter. Up one shot with one hole to play, Haas found trouble off the 18th tee when his ball came to rest on the edge of a fairway bunker, sitting even with his waist once he stepped in the trap to play his second shot. After hitting a punch back into the fairway, he safely played his third to the middle of the green, two-putting for his par and the win.

Round of the day: Colt Knost turned in a 9-under 63, the day's lowest score by one shot. Knost made the turn in three under before posting a 6-under 30 on the back in a round with nine birdies and no bogeys. Knost finished 19 under for the championship, three back of Haas.

Best of the rest: Matt Kuchar used a birdie at 17 to get into a tie with Haas at 21 under, but a disappointingly short pitch on his final hole left him a longer-than-necessary putt for birdie, which just burned the left edge. Kuchar tapped in for par to finish one back, in a tie with five other players for second place.

Biggest disappointment: Tied for the lead at 21 under on the 16th tee, 21-year-old Justin Thomas pulled his iron tee shot into a fairway bunker before finding the All-American Canal on his approach to the short par 4. Thomas finished double bogey, par, birdie to finish two back. Erik Compton and Michael Putnam, meanwhile, both started the final round tied for the lead but couldn't get much going, settling for rounds of 2-under 70 and even-par 72, respectively.

Quote of the day: "I called my wife before the week started, and told her I didn't think I'd be able to score this week." - Haas 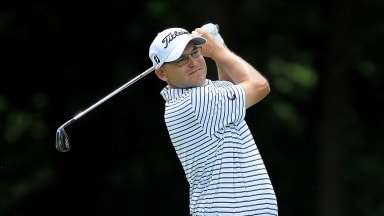 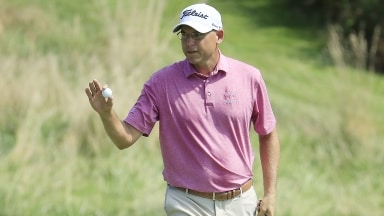 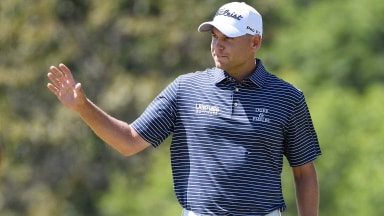