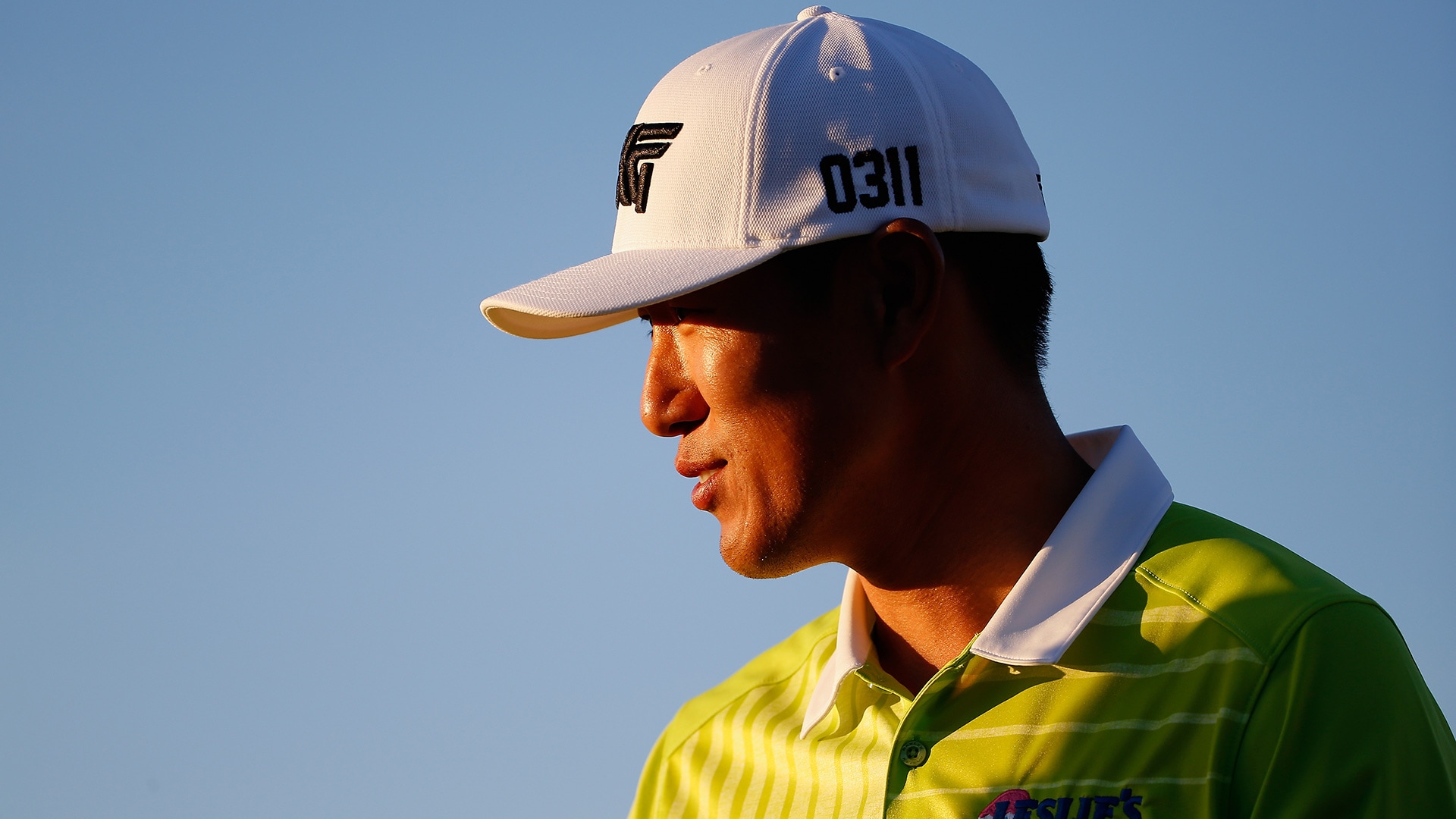 SCOTTSDALE, Ariz. – Before James Hahn began his press conference Friday at the Waste Management Phoenix Open, he had to clear something up.

"Just so you know, I am not Danny Lee," he said with a laugh.

Hahn became a household name – in the golf world – with his "Gangnam Style" celebration three years ago after a birdie at the par-3 16th at TPC Scottsdale.

Now, thanks to a second-round 65, he has a chance to be known as a two-time PGA Tour winner.

"I feel like in my career I want to win multiple times," he said. "I started a little late. I'm 34 now. Probably have a good six, seven years left. So hopefully I can pick up a couple before my career is over."

Hahn made six birdies and no bogeys Friday for his first solo lead. At 10 under par, he's one stroke ahead of Rickie Fowler and Lee.

The trio will be in the final group on Saturday, but Hahn will have one big advantage over his other two competitors – a lot of local knowledge.

Hahn lives about 10 minutes away and is a member at TPC Scottsdale.

"I have played this course a hundred times," he said. "The only thing different about the course today, as any other day, is the greens are better. The rough is not as high as some of the days out here throughout the year, so with those few things, you can just grip it, hit it anywhere you want, and try to make as many birdies as you can."