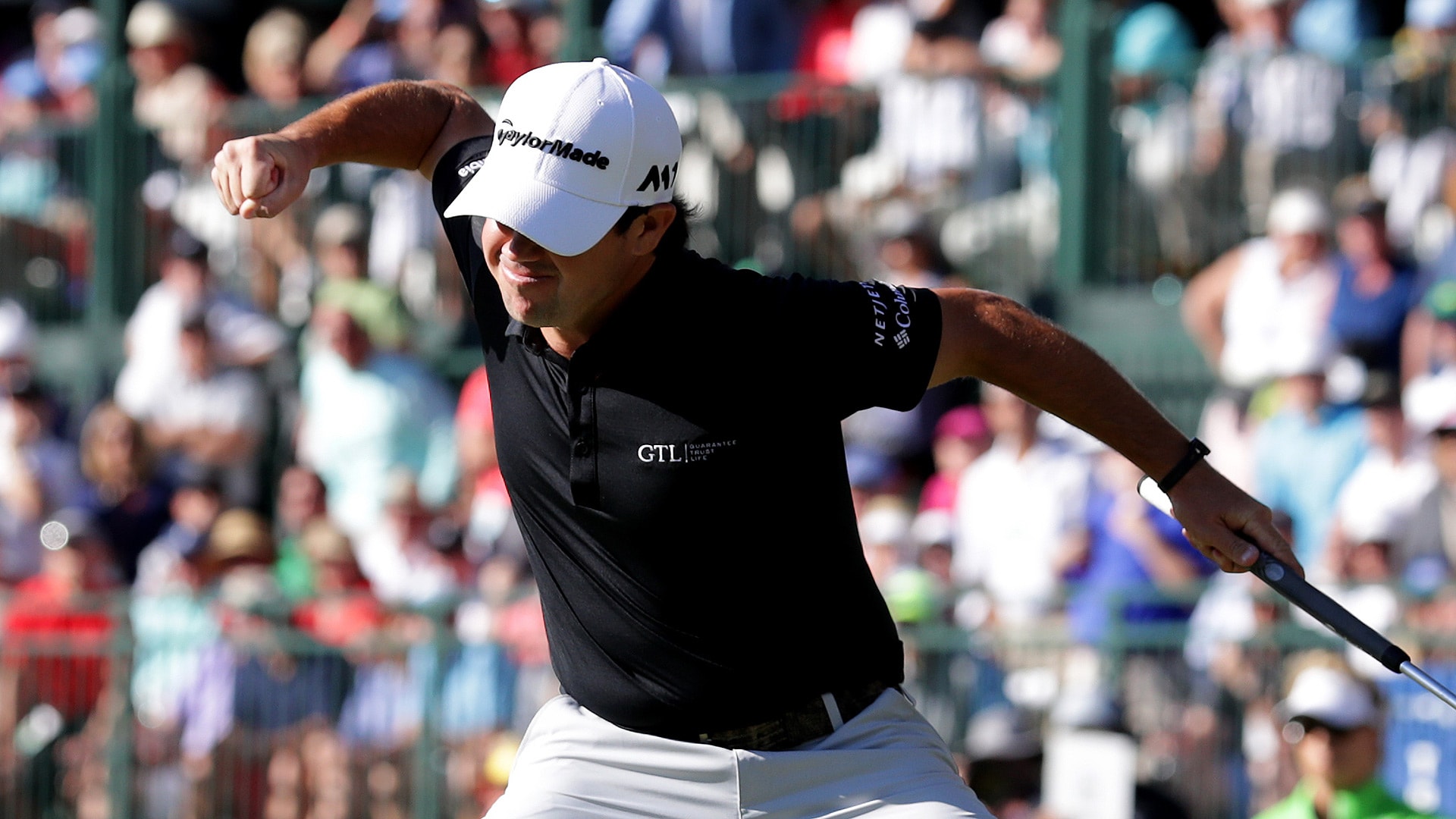 Brian Harman birdied the 72nd hole Sunday to shoot 4-under 68 and win the Wells Fargo Championship by one shot over Dustin Johnson and Pat Perez. Here’s how things played out down the stretch at Eagle Point:

What it means: This is Harman’s second PGA Tour victory after breaking through at the 2014 John Deere Classic. Two back to start the final round, Harman was one of a host of players to pass struggling overnight leader Patrick Reed on Sunday. Harman made four birdies and two bogeys across his first 16 holes and arrived at the 17th hole one shot behind Johnson, who had already posted 9 under. Harman flagged his approach at 17 and rolled in a 4-footer to work his way into a tie at 9 under with Johnson and Perez. Rather than join them in a playoff, Harman blasted his second shot to the par-5 home hole well left of the green, took relief from the grandstand, wedged his way onto the putting surface and poured in a 28-foot putt to take the lead by himself. The victory was cemented when Rahm, two back, flew his approach long of the green at 18 and failed to hole his pitch for eagle.

Round of the day: Johnson made three birdies on each nine, dropping his only shot of the weekend when he failed to get up and down from over the back of the eighth green. He appeared headed for a playoff and a chance to win his fourth straight start, but had to settle for runner-up. Had he pulled it off, DJ would have joined Tiger Woods as the only players to win four consecutive PGA Tour events since Ben Hogan in 1953. Johnson was matched on Sunday by Jonathan Randolph, who used a final-round 67 to record his best finish on Tour, a tie for eighth.

Best of the rest: Perez fought his way to T-2 with eight birdies, two bogeys and a double for a round of 4-under 68. A winner already this year in Mexico, Perez, currently 58th in the Official World Golf Ranking, is now likely to qualify for both the U.S. Open and the Open Championship.

Biggest disappointments: The 54-hole leader, Reed made the turn in 1 under par but was unable to scramble his way through the back nine. Wayward off the tee all day, Reed bogeyed four of his last nine holes to shoot 75 and tie for 12th. His playing partner, Alex Noren, started Sunday in search of his first U.S. victory but limped in with 77.

Shot of the day: Harman’s birdie putt to win at the 72nd hole:

We have a new leader ... in dramatic fashion! #QuickHits pic.twitter.com/0XMM5kcRo3

Quote of the day: “It’s a lot of emotion for sure. I’ve been fighting really hard. … This feels really good.” - Harman