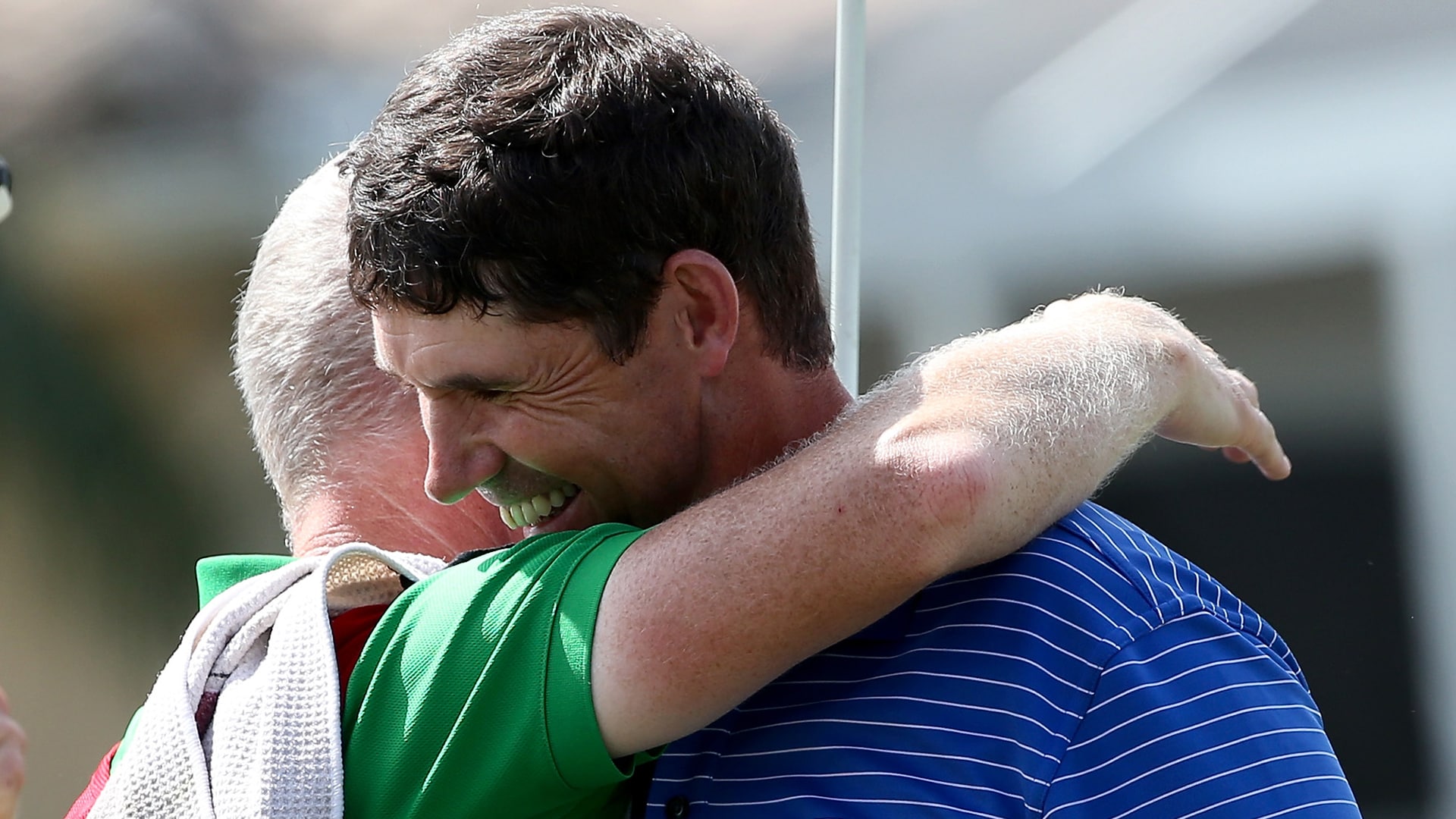 PALM BEACH GARDENS, Fla. – Padraig Harrington wasn’t surprised he bounced back from a double bogey at the 71st hole of the Honda Classic last year and still went on to win in a playoff.

“If you actually knew my career, I don't think I've ever made it easy for myself, ever, in my entire life,” Harrington said. “I like a bit of adversity. I seem to bring it on myself. I fully understand that I have won plenty of tournaments where I've hit it out-of-bounds in the last round, plenty of tournaments where I've hit it in the water in the last round. So I know it's never over until the end.”

Harrington’s victory at PGA National last year was his sixth PGA Tour title, his first since he won the 2008 PGA Championship at Oakland Hills for his third major championship.

Harrington had a one-shot lead on the 17th tee in the final round last year but knocked a 5-iron in the water to make double bogey. He birdied the 18th to force a playoff with Daniel Berger and won on the second playoff hole with a birdie on the same 17th hole where he rinsed a shot in regulation.

“I won the year before last in Indonesia. I was tied going down the last, and I hit it in the water. I still won.”

Harrington said he won saving par at that last hole of the Indonesia Open.

“I dropped, hit a 6-iron to 15 feet and holed it for a par,” Harrington said. “The guy I was playing against, he hit his second shot in the water. I actually won by two. You never know what's going to happen.”

“I'm very good in that situation,” he said. “When I mess up, I actually get better. Sometimes when things are going swimmingly well, I get a little bit defensive. Always have. I've spent years working with Bob Rotella trying to figure out how not to get defensive when I get ahead. That’s just the person I am, and I don't seem to be able to change it.”