Hearn, 1 back, in search of breakthrough victory 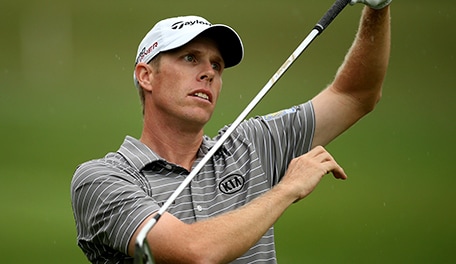 WHITE SULPHUR SPRINGS, W. Va. – The Fourth of July could very well turn into a Canadian celebration this weekend at The Greenbrier Classic.

David Hearn hails from north of the border, and the Ontario native played his way into contention with a 6-under 64 Friday on the Old White TPC. At 8 under, he sits in a large tie for third place at the halfway point, one shot behind co-leaders Scott Langley and Jhonattan Vegas.

Hearn completed his second round in the afternoon wave and took advantage of soft conditions after early-morning rains.

“I feel like we probably got the better side of the draw,” Hearn said. “The guys that played this morning obviously had a tougher go. They had to play in the morning, so I was fortunate to get the tee time that we did, and the conditions were pretty scoreable this afternoon.”

Hearn began his round on fire, carding birdies on six of his first eight holes. He added another on No. 4, his 13th hole of the day, before dropping his only shot with a bogey on No. 8.

Hearn has contended here before, finishing T-18 in his 2011 debut and following that with a T-12 finish in 2012. He was a member of the playoff at the 2013 John Deere Classic where Jordan Spieth earned his breakthrough victory, and Hearn is eager to have a similar watershed moment this week in West Virginia.

“I think when I came close a couple years ago at the Deere, the feelings that I had that week and how close I came, I think that’s kind of what pulls me along,” he said. “I’m going to try to get back there as soon as I can. I feel like my game is in good shape, and I can’t wait to get another chance to win a golf tournament.” 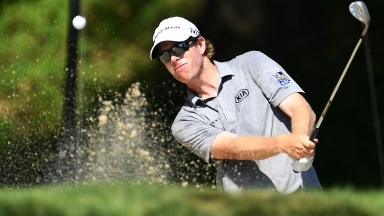 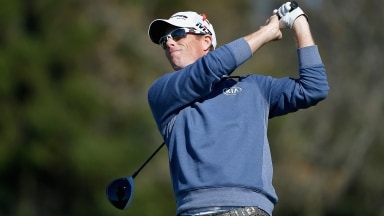