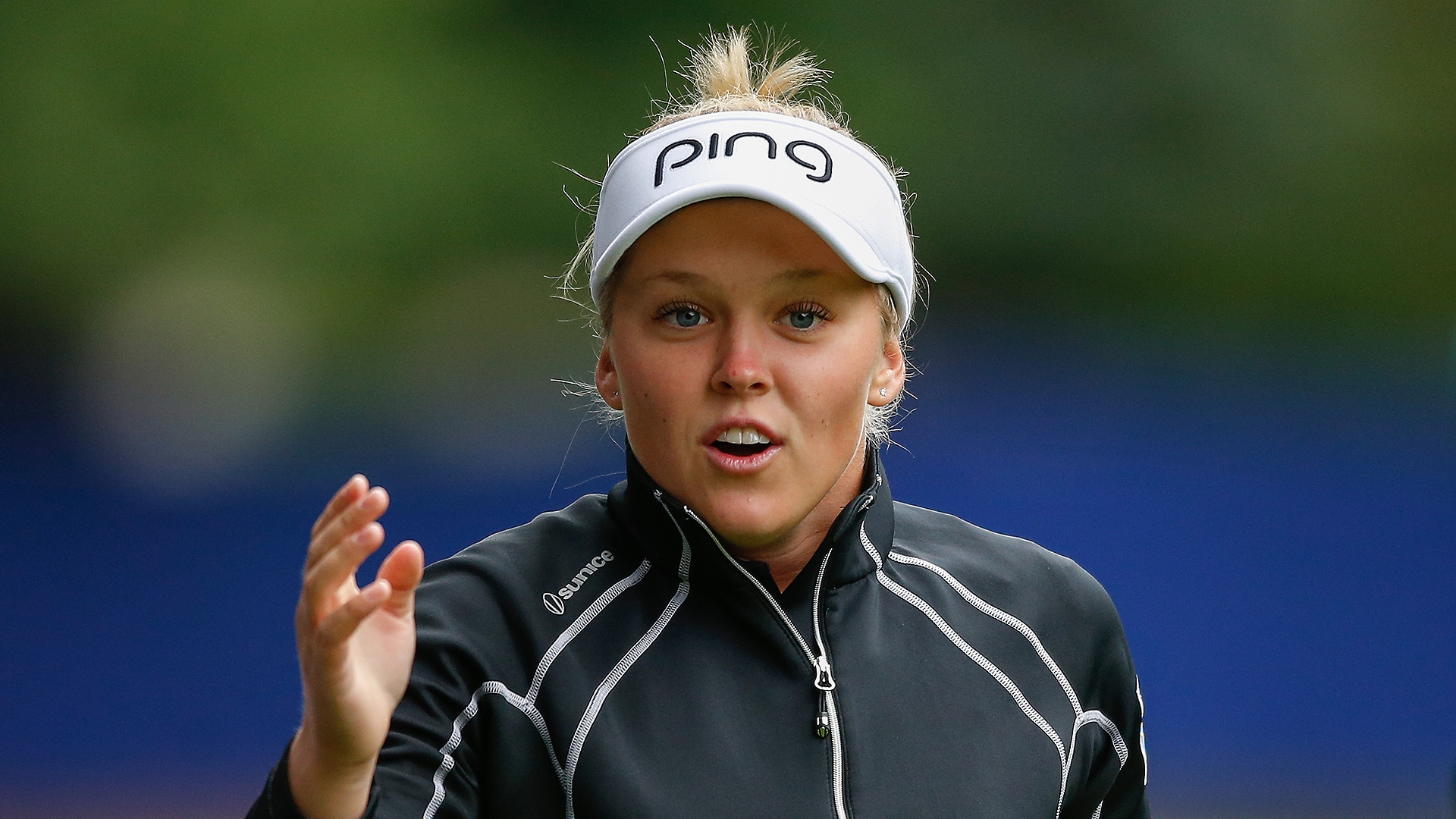 SAMMAMISH, Wash. – Brooke Henderson’s closing kick is formidable, but she has found herself too far back in the pack going into Sundays this year.

With a 4-under-par 67 Thursday at the KPMG Women’s PGA Championship, Henderson appears intent on remedying that with her fast start.

Henderson had a two-shot lead through the morning wave at Sahalee Country Club.

“It really helps,” Henderson said of the fast start. “A lot of my top-10s have come on Saturdays and Sundays.”

Henderson, 18, has logged a tour-leading nine top-10 finishes this season with some strong Sunday finishes, but not quite strong enough to claim her second LPGA title.

Thursday’s fast start was fueled by a hole-in-one, with Henderson acing the 13th, her fourth hole of the day. She put a “1” on her scorecard there, holing a 7-iron from 152 yards for her fourth ace, her first in an LPGA event.

“I pulled my shot a little bit, caught the left apron and followed right into the hole,” Henderson said.

A year ago, Henderson was impressive in her first KPMG Women’s PGA Championship at Westchester Country Club. She tied for fifth.

“I kind of was feeding off the energy I had last year at KPMG,” Henderson said. “I started off with a 6-under and was hoping to do the same thing this year.”"