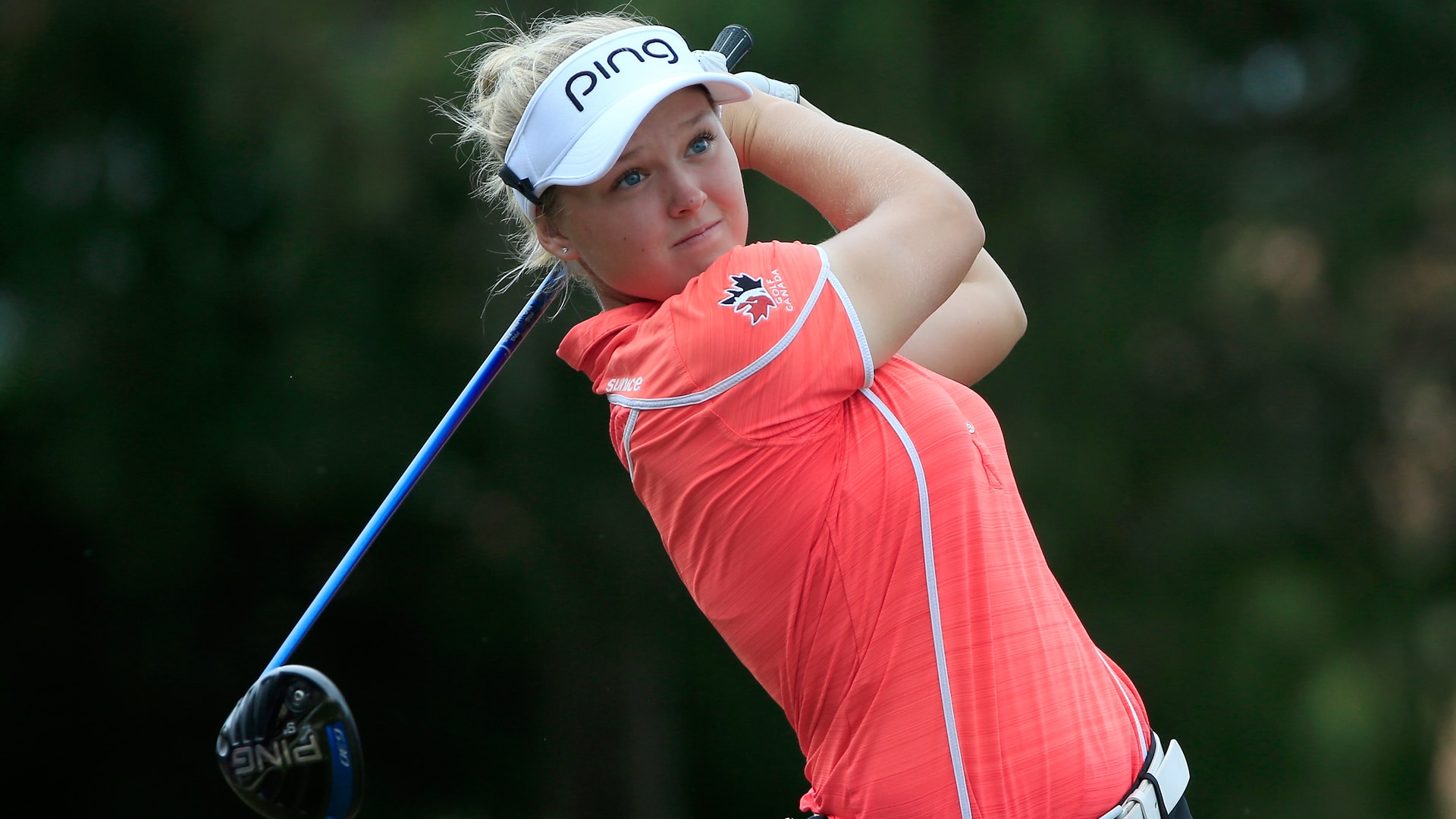 Brooke Henderson tees it up at the ISPS Handa Women’s Australian Open this week on the verge of cracking the top 10 in the Rolex Women’s World Rankings.

Henderson, 18, finished second in her last start at the Coates Golf Championship in Ocala, Fla. That propelled her to No. 11 in the world.

Henderson was asked in a news conference Wednesday in Australia if she believes she can reach No. 1.

“Yeah, absolutely,” Henderson said. “Lydia Ko is extremely consistent and an extremely talented player, and I think to move her out of the No. 1 spot, or get closer to her, is going to require a lot of hard work that I’m willing to put in.”

A year ago, Henderson was No. 202 in the Rolex world rankings.

“It’s been an amazing year, considering a year ago I didn’t have a tour to play on, I didn’t know what events I was going to play in and I was counting on qualifiers and sponsors’ invites to get into events,” Henderson said. “I was able to play well. A lot of doors and opportunities were opened for me, and I was able to win in Portland a couple of months ago, get full LPGA tour status. Just living the dream now, traveling around the world. It’s my first time to Australia, and it’s really exciting.” 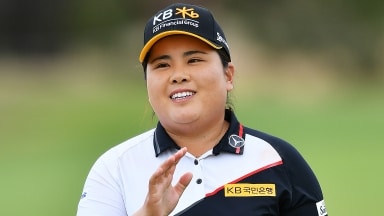 Inbee Park leads the ISPS Handa Women's Australian Open through 54 holes after shooting 5-under 68 in Saturday's third round.