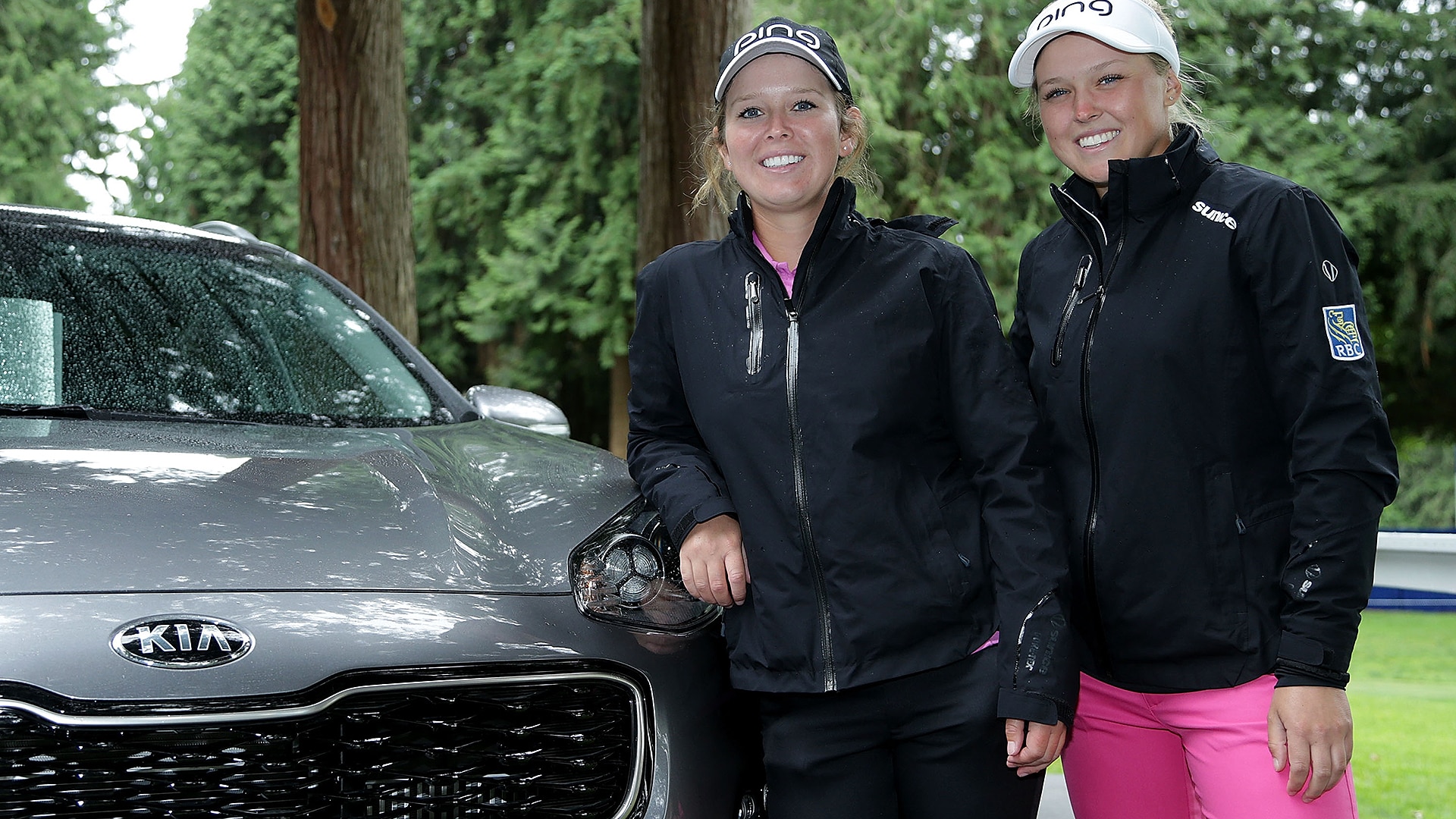 SAMMAMISH, Wash. – Brooke Henderson won a Kia K900 automobile with a hole-in-one in Thursday’s first round of the KPMG Women’s PGA Championship, but her sister Brittany was the real winner.

Henderson’s giving the car to her sister, who is also her caddie.

“All year, I have walked up on the practice rounds and said, `See that car, if I get it, it's yours,’” Brooke said. “I didn't say it this week, but she ends up getting it.”

“I’m waiting to see if I actually get the keys,” Brittany cracked.

The hole-in-one propelled Henderson to a 4-under-par 67, helping her take the early lead.

The Hendersons celebrated the ace on the tee box after realizing the ball went in the hole and then celebrated again on their way to the hole.

“We forgot about the car behind us, but as we were walking up to the hole, Haru Nomura’s caddie said, `You know, that’s a car hole,’ and so we had to celebrate again,” Brittany said.

It was Henderson’s fourth hole in one, but her first in an LPGA event.