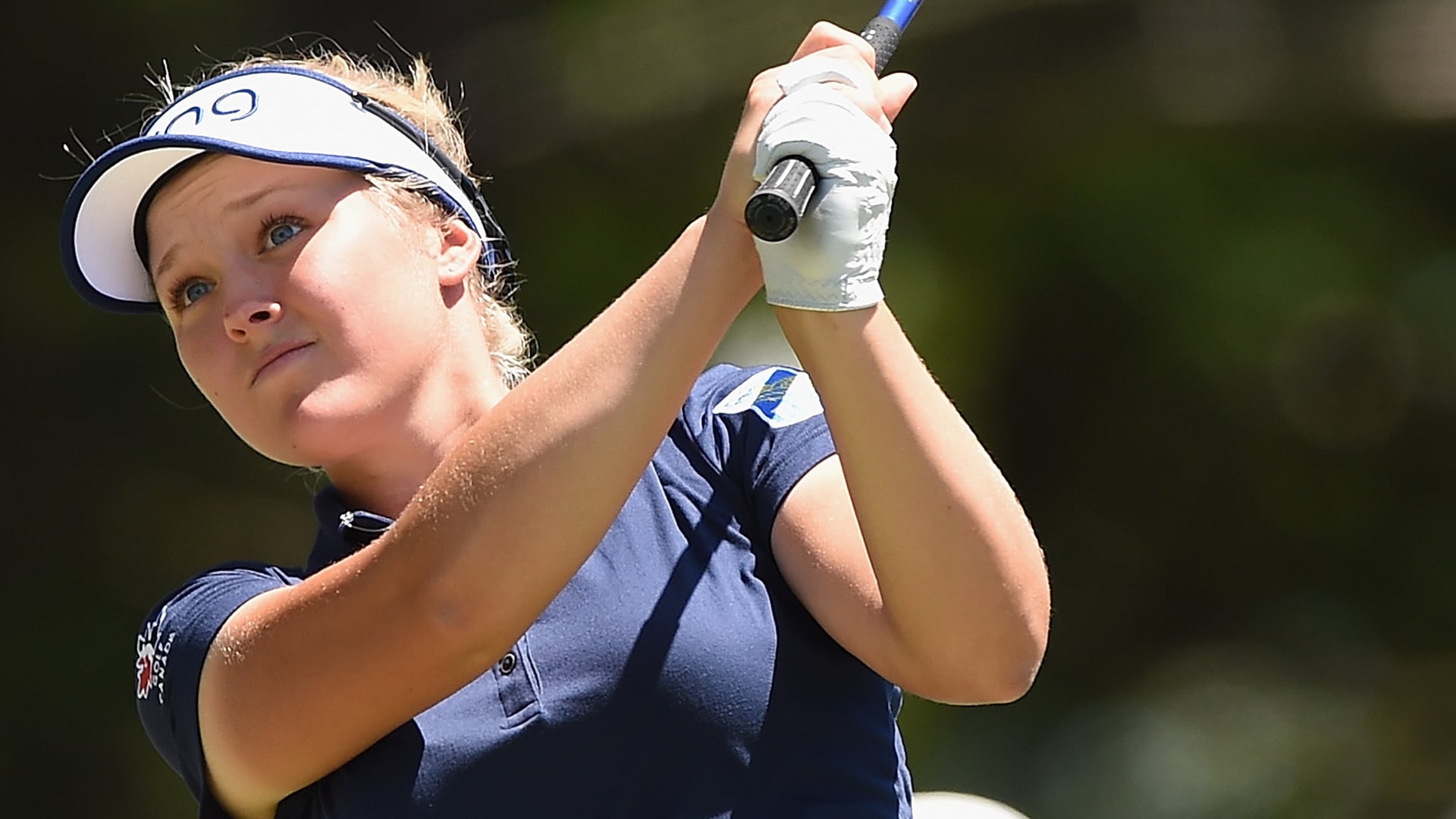 Brooke Henderson took a share of the first-round lead at the RACV Ladies Masters in Australia Thursday with a 6-under-par 67.

Henderson, 18, who passed on playing the Honda LPGA Thailand to stay in Australia after last week’s LPGA event there, is tied with Nicole Broch Larsen and Marion Ricordeau at Royal Pines Resort. Former Rolex world No. 1 Jiyai Shin is among four players one shot back.

Henderson tied for ninth at the Women’s Australian Open last week. She finished second at the Coates Golf Championship in the LPGA event before that.

“It’s a good start, and I hit the ball extremely well today and was able to capitalize on quite a few birdie opportunities,” Henderson said. “So, hopefully, I will continue to do that in the next three days. It’s a great start to the tournament.”

Henderson said she was focused Thursday on getting off to a better start after having to chase on the final day of her last two LPGA starts.

“I’m normally kind of leaving it to the last minute to climb the leaderboard,” Henderson said.