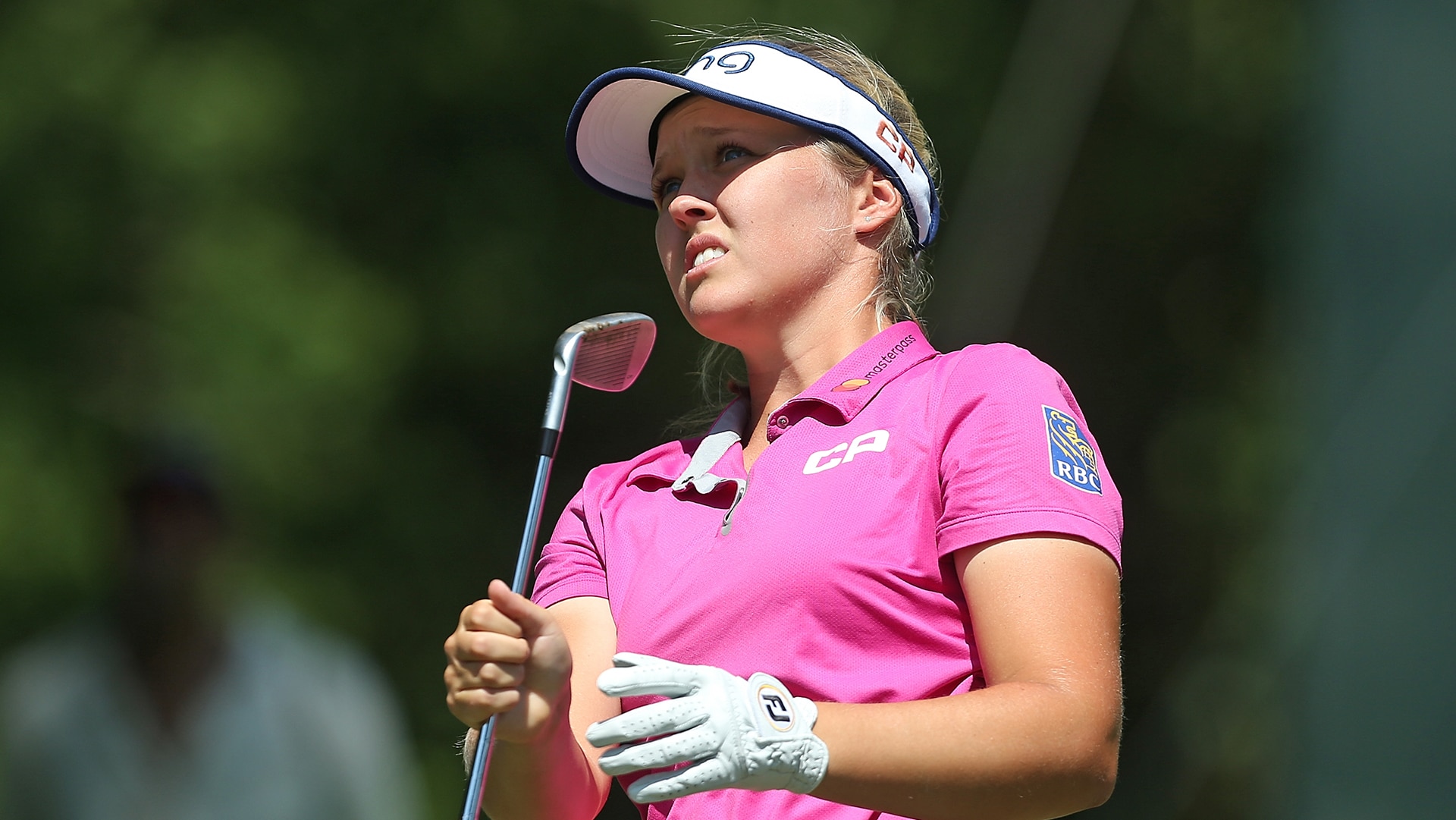 Brooke Henderson is tough to beat with the lead on a weekend.

She’s right where she wants to be after closing with a pair of birdies Friday to take a share of the lead halfway through the LPGA’s Marathon Classic on the outskirts of Toledo, Ohio.

With a bogey-free round of 5-under-par 66, Henderson is tied with Caroline Hedwall (67) at 9 under overall.

Former world No. 1 Yani Tseng is five shots back after a 72.

Henderson, 20, has claimed six LPGA titles. She led or shared the lead through 36 holes in five of them.

“It's fun to see your name at the top, and, hopefully, I can just continue to give myself a lot of birdie opportunities out here over the weekend,” Henderson said.

Henderson is looking to win her second LPGA title this season. She won the Lotte Championship in April. She was sharp with her iron play Friday, hitting every green in regulation but one.

Henderson will go off in the final pairing Saturday with Hedwall, a five-time Ladies European Tour winner who has struggled to make her mark on the LPGA after making a name for herself among Americans with her Solheim Cup performances. She helping Europe defeat the United States in the 2011 and ’13 Solheim Cups. She was 5-0 in the European rout in Colorado in ’13.