Here's what DJ needs to do Sunday to stay No. 1 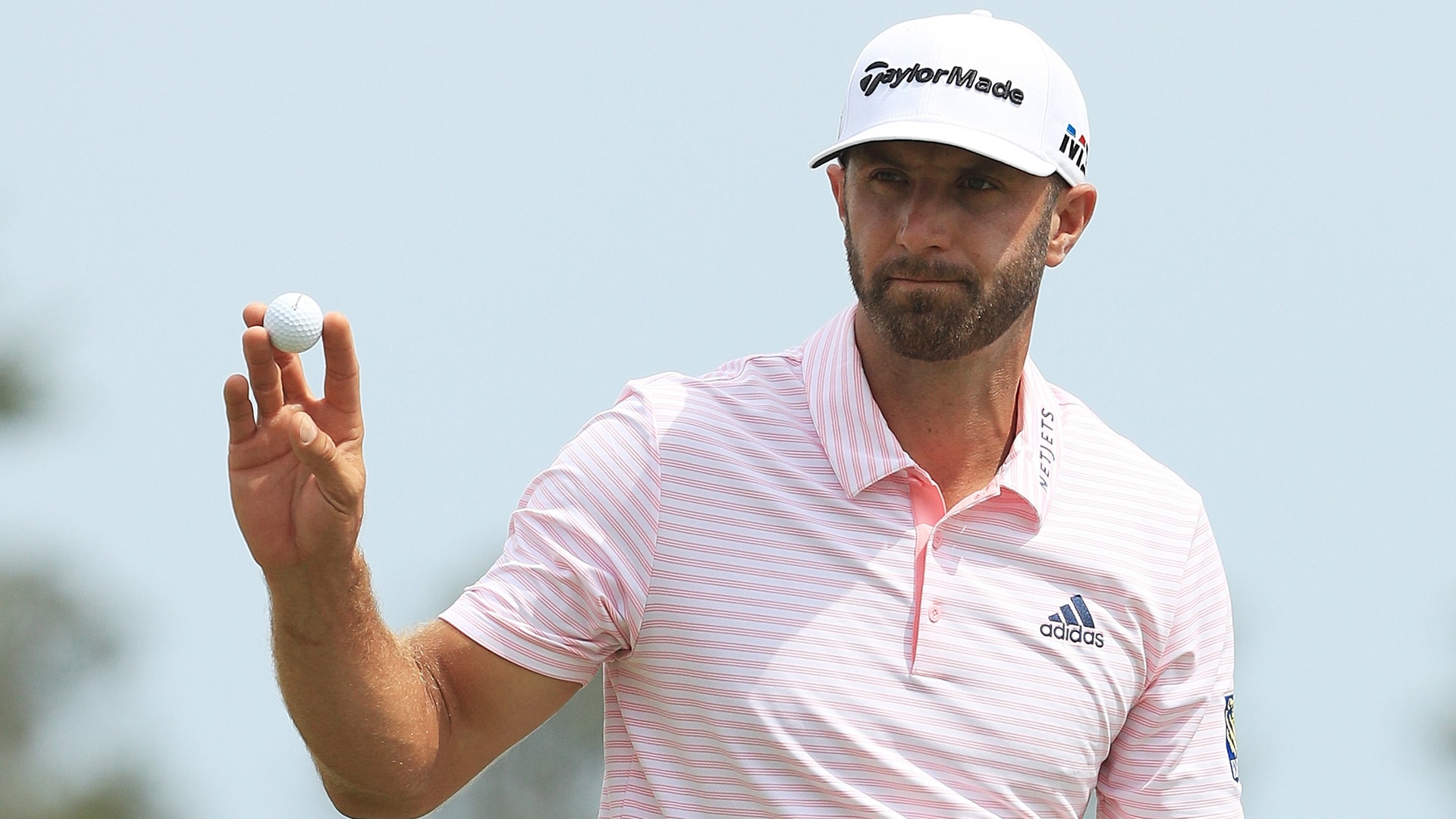 PONTE VEDRA BEACH, Fla. – In a Webb Simpson-less world, Dustin Johnson would enter the final round of The Players Championship in great position for yet another victory. Instead, he’s simply headlining the list of contenders who realistically are playing for second place.

Johnson shot a 3-under 69 Saturday at TPC Sawgrass, breaking par for the third straight day on a course that historically has given him trouble. He heads into the final round alone in third place at 10 under, but that still leaves him nine shots behind, Simpson who looks to be cruising to an easy victory.

“If you take Webb out of the equation, the golf course is playing about like it always does,” Johnson said. “He’s the only one that’s going really low.”

Historically speaking, Johnson’s appearance on leaderboards around the Stadium Course has been a rare sight. He didn’t crack the top 30 in this event until his eighth appearance, and last year’s T-12 finish remains his only top-20 result.

But Johnson started the week with a bogey-free 66 and has built upon that momentum in every facet of his game.

While Johnson’s title hopes are dim, he enters the final round with his 15-month run as the No. 1 player in the world at stake. Because of the permutations of the Official World Golf Ranking, Johnson has to finish 11th or better to prevent Justin Thomas from supplanting him – regardless of what Thomas, currently 33rd, does on Sunday.

Johnson has maintained an uninterrupted reign since his win at the 2017 Genesis Open, adding four more victories along the way, and he doesn’t plan to hand off the top spot without putting up a fight.