Highlights from Tiger's second round at Hero 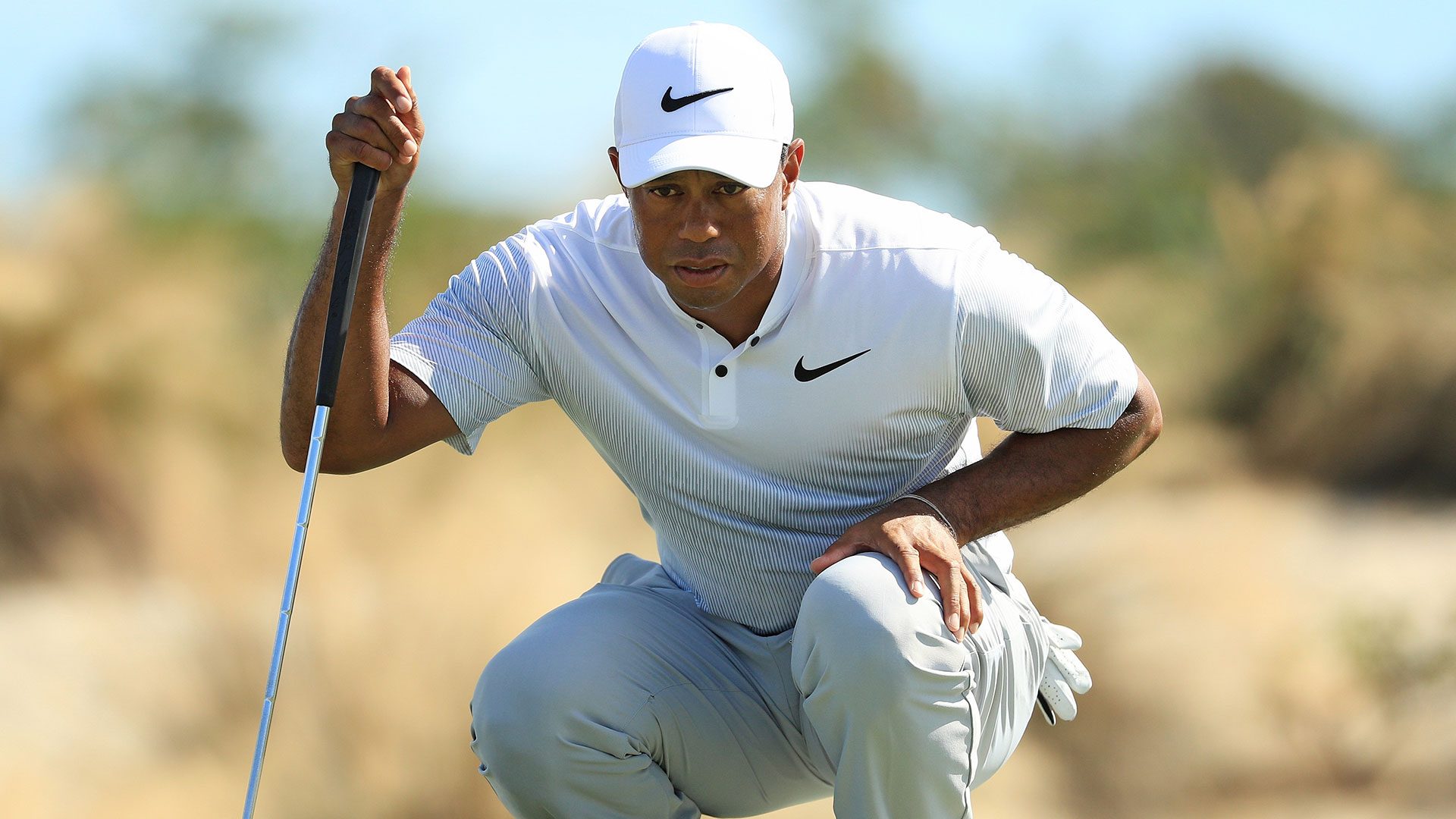 Tiger Woods opened with a 3-under 69 at the Hero World Challenge on Thursday, and he did one stroke better in the second round.

Woods hit another nice drive on No. 1 that led to an opening birdie.

*puts popcorn in the microwave* pic.twitter.com/MqCijfo38H

Woods then made a nice par putt on No. 2

Long par save on 2.#QuickHits pic.twitter.com/ZQMPaeEzCn

At the par-5 third, Woods made his second birdie of the day, and then he hit this nice approach to set up another birdie at No. 4.

Tiger Woods is tied for the lead. #QuickHits pic.twitter.com/olni9J8thv

Following pars at Nos. 5-8, Woods crushed his second shot into the par-5 ninth.

And then he drained his eagle putt to take the lead.

Tiger Woods has taken the lead at the Hero World Challenge!#QuickHits pic.twitter.com/0onzBIK1go

Woods added another birdie at the par-5 11th, but he three-putted No. 12 for his first bogey of the day.

Tiger's first bogey of the day comes on No. 12.

He drops back into a tie for the lead at (-8). #QuickHits pic.twitter.com/puZwl8QG1f

Do not try this at home.

But on 18, Woods' drive leaked right, and he decided to lay up from the native area, He was unable to save par, but he still managed an impressive 4-under 68 in the second round.

Round 2 is in the books. @TigerWoods opens with rounds of 69-68 in his return to competitive golf.#QuickHits pic.twitter.com/0e2nLWUX3i