Highlights from Tiger's third round at Hero 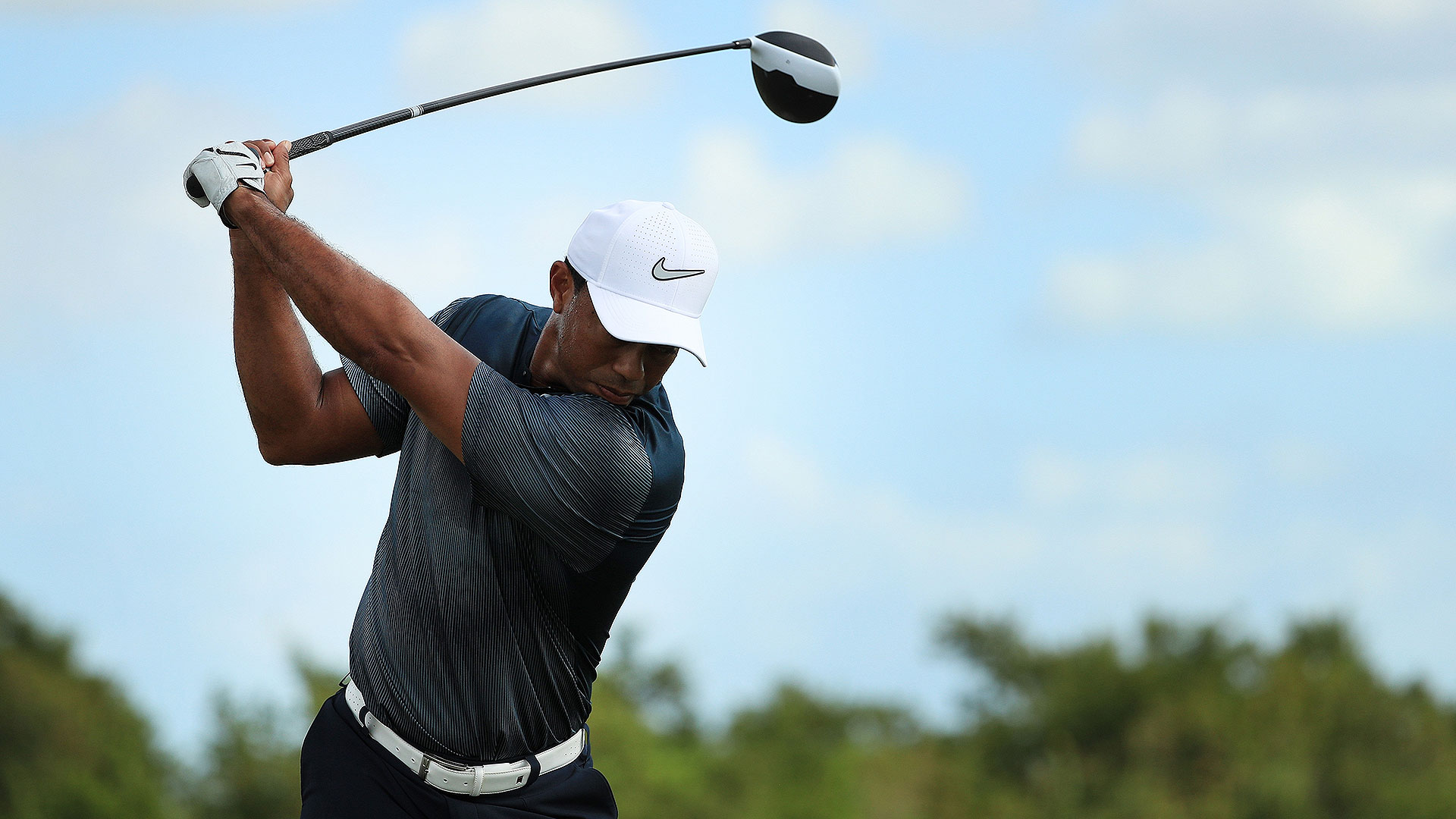 Tiger Woods started 69-68 through the first two rounds at the Hero World Challenge, but ran into some trouble early on Moving Day in his first start since back surgery.

Here's the highs and lows of his third round at Albany:

Things started off well, with the 41-year-old getting a send-off from his kids, but quickly went south with a bogey on the first hole after his drive found the sand - and a rock.

Not the start he was looking for.

Tiger finds some trouble on No. 1.#QuickHits pic.twitter.com/CrQLKJNikJ

Things didn't get much better on the front nine, as Tiger added three more bogeys on Nos. 3, 6 and 7.

Tiger goes with driver on the short par-4 7th, ends up with a tough second in the rough. 2-putt bogey and he's +4 thru 7. pic.twitter.com/uggFE07EBU

Woods went out in 40 and added another bogey at the 10th hole, but scrambled for a nice par at 11 considering his tee shot found the thick stuff.

Tiger finally got his first birdie of the day at 14, getting aggressive off the tee and sinking the putt before giving a tip of the cap to the crowd.

Looking for a fire-starter, Tiger gets aggressive at 14.

Never too late for the first birdie of the day.

Woods added another birdie at 17 with a great shot into the 184-yard par 3.

Woods put the finishing touches on a 3-over 75 with a tap-in par on the 18th hole. He nearly finished birdie-birdie but his first putt just missed.

That close to a birdie-birdie finish.

A 75 for @TigerWoods in Round 3. #QuickHits pic.twitter.com/dXTTCuzmXg