Hoffman (70) leads suspended Shell by one 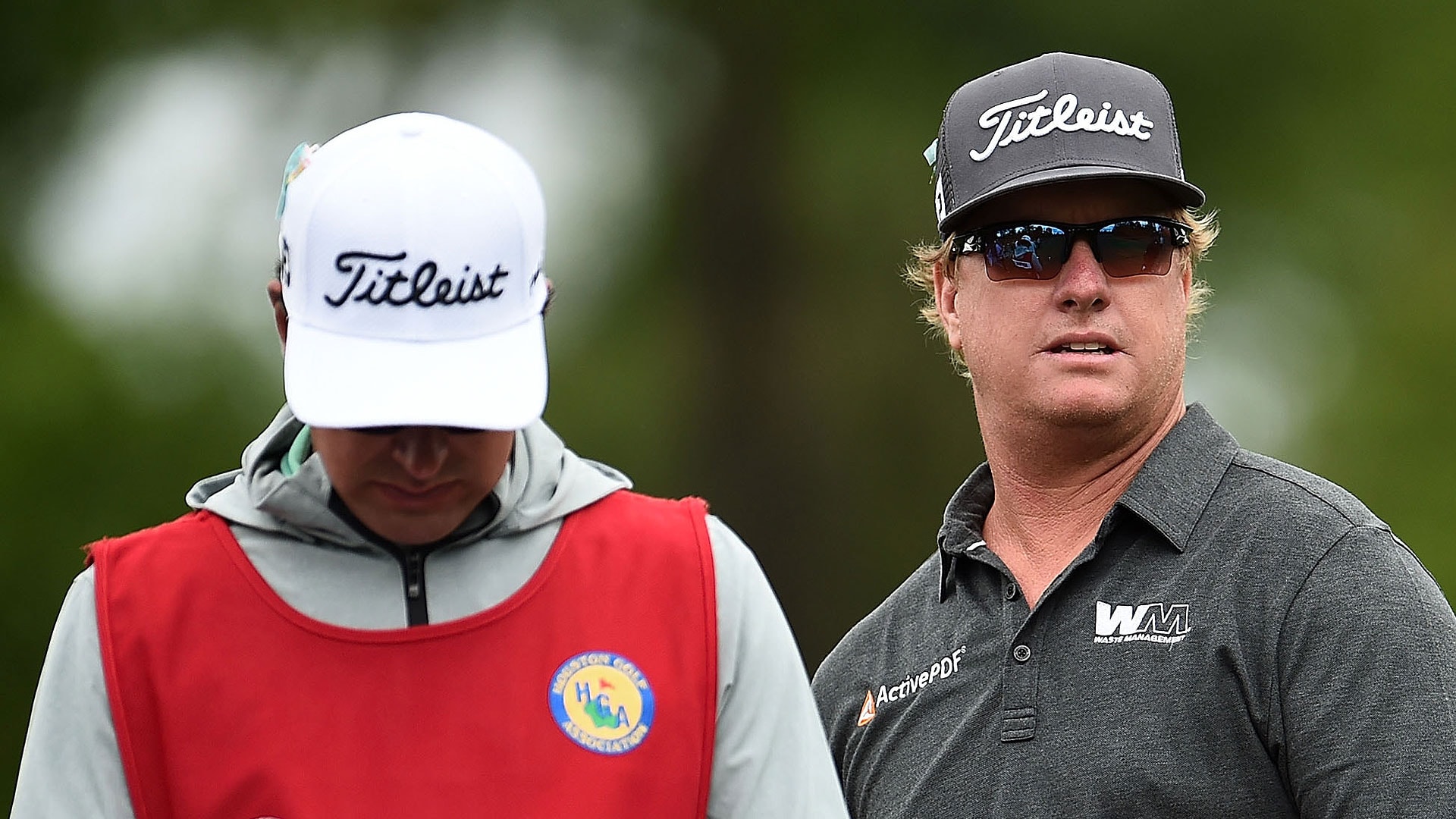 Charley Hoffman led the Shell Houston Open by one when play was called Friday night because of darkness. Here’s where things stand through two days at the Golf Club of Houston, where 27 players have yet to finish their second round:

What it means: Inclement weather forced a 90-minute suspension Friday morning. Play will resume at 7:45 a.m. local time on Saturday. Hoffman followed an opening 64 with a round of 2-under 70 to stay atop the leaderboard. The 39-year-old has finished inside the top 25 in only two of nine starts this season. He’s looking for his first win since the 2014 OHL Classic at Mayakoba. Unlike most of the field in Houston this week, Hoffman is already qualified for the Masters.

Round of the day: Donaldson was 5 under on his round through 15 holes when play was called for the evening. He made seven birdies, including five on the front nine, against two bogeys.

Best of the rest: Four players – Lovemark, Will Mackenzie, Russell Henley and Lucas Glover – got into the clubhouse with rounds of 68.

Biggest disappointment: Morgan Hoffman opened with 65 Thursday and battled for the lead in Round 2 before making the turn. Then he went bogey-double-triple-bogey-bogey-par across his final six holes to shoot 8-over 80 and miss the cut.

(Not) shots of the day: Playing together in the same group, Phil Mickelson, Sergio Garcia and Vaughn Taylor all found the water left of the green with their approach shots at the sixth. All three dropped from the bank of the hazard. Taylor got up and down for bogey while Mickelson and Garcia made double bogey.

Storyline to watch this weekend: Johnson, who has picked up a win in each of the last eight PGA Tour seasons, sits just two back. Three other big American names could also make a move. Rickie Fowler is five back, while Jordan Spieth and Patrick Reed trail by six.