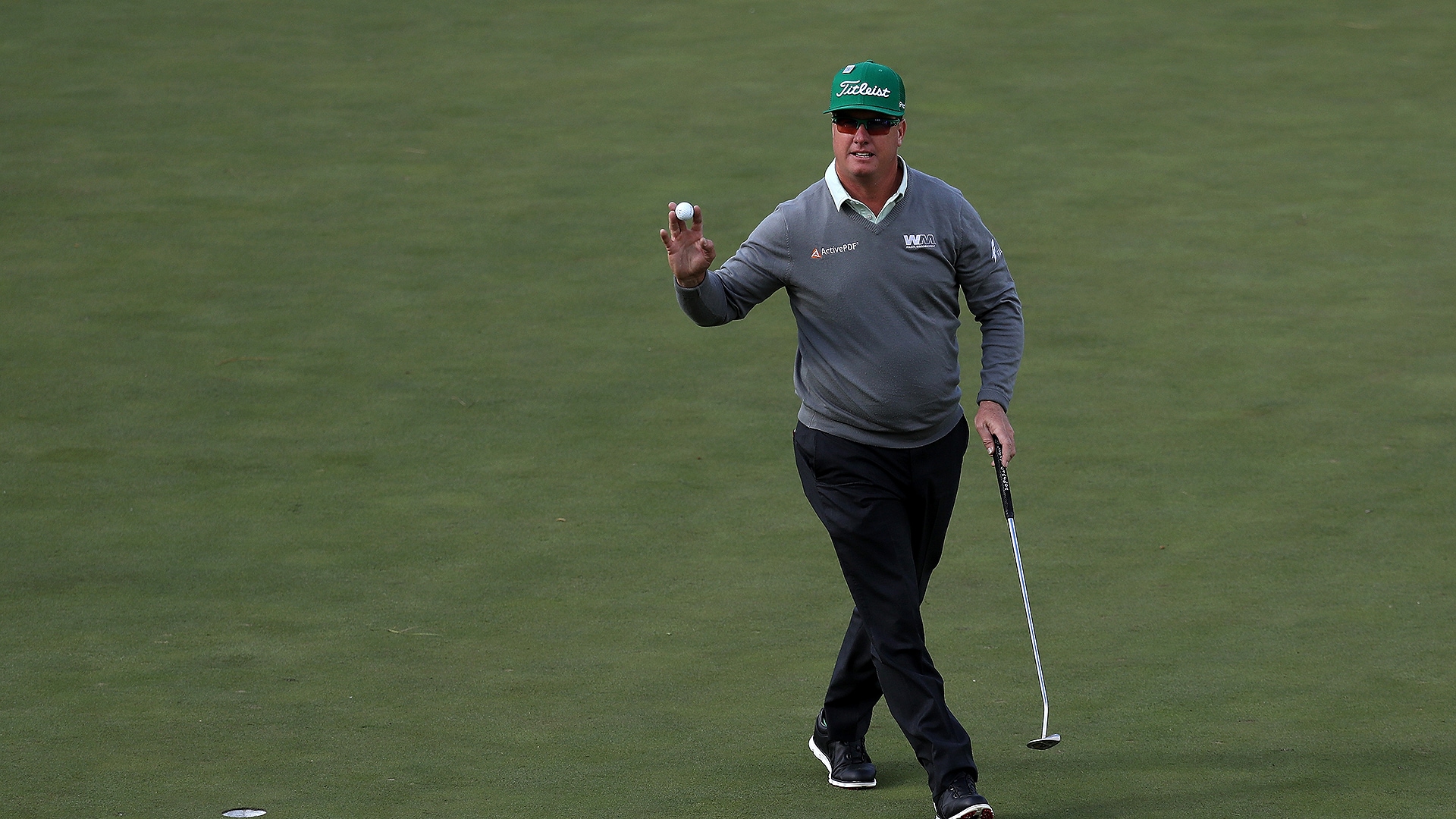 Conditions were brutal during the opening round of the Masters - for everyone except Charley Hoffman. Here's how things look after the first round at Augusta National Golf Club, where Hoffman successfully battled blustery winds and now leads by four shots:

What it means: With winds whipping across the course and reaching up to 30 mph, any score under par seemed like a prudent goal to begin the day. The leaderboard was packed for much of the morning, but McGirt was the first to break 70 and briefly held the top spot until Hoffman went roaring past him. A winner last year at the Valero Texas Open, Hoffman now has a significant edge on the field as he looks for the biggest win of his career.

Round of the day: Hoffman had a strong round going when he stepped to the 12th tee, but from there he kicked it into high gear. Five birdies across Nos. 12-17 gave Hoffman a commanding lead, and he made a total of nine birdies during his opening-round 65. It's clearly the best round of his Masters career that already includes three top-30 results in three prior trips and a T-9 finish in 2015.

Best of the rest: McGirt gained entry into this week's field with his breakthrough win at last year's Memorial, and he made the most of his first trip around Augusta National with a 3-under 69. McGirt's bogey on the short third hole was his lone dropped shot of the day, and he added four birdies including circles on Nos. 13 and 16 in just his fifth career start in any major.

Biggest disappointment: The tournament was dealt a significant blow when world No. 1 Dustin Johnson withdrew just minutes before his opening-round tee time. Johnson informed media on Wednesday that he had sustained a back injury after falling down some stairs, but it was still a shock to see him struggle to warm up on the tournament practice facility and ultimately walk off from the first tee box after attempting a few practice swings but never hitting a competitive shot.

Main storyline heading into Friday: Jordan Spieth blew a five-shot lead over the final nine holes last year, so clearly this is far from over even though Hoffman is now four shots clear. All eyes will be on the 40-year-old as he looks to back up perhaps the best round of his career on a day when the winds are again expected to be a big factor. While Hoffman will be in the spotlight, don't forget about Westwood alone in third as well as the logjam at 1 under that includes the likes of Mickelson, Rose and Garcia.

Shot of the day: Martin Kaymer gave the patrons early reason to cheer when he pitched in from nearly 50 yards away for eagle on the par-5 second hole. Unfortunately for Kaymer, there weren't many other highlights during a round of 6-over 78 that left him ahead of only eight other players in the 93-man field.

Quote of the day: "I step on this property, and it just feels special. It just fits my eye off the tee and on the green." - Hoffman