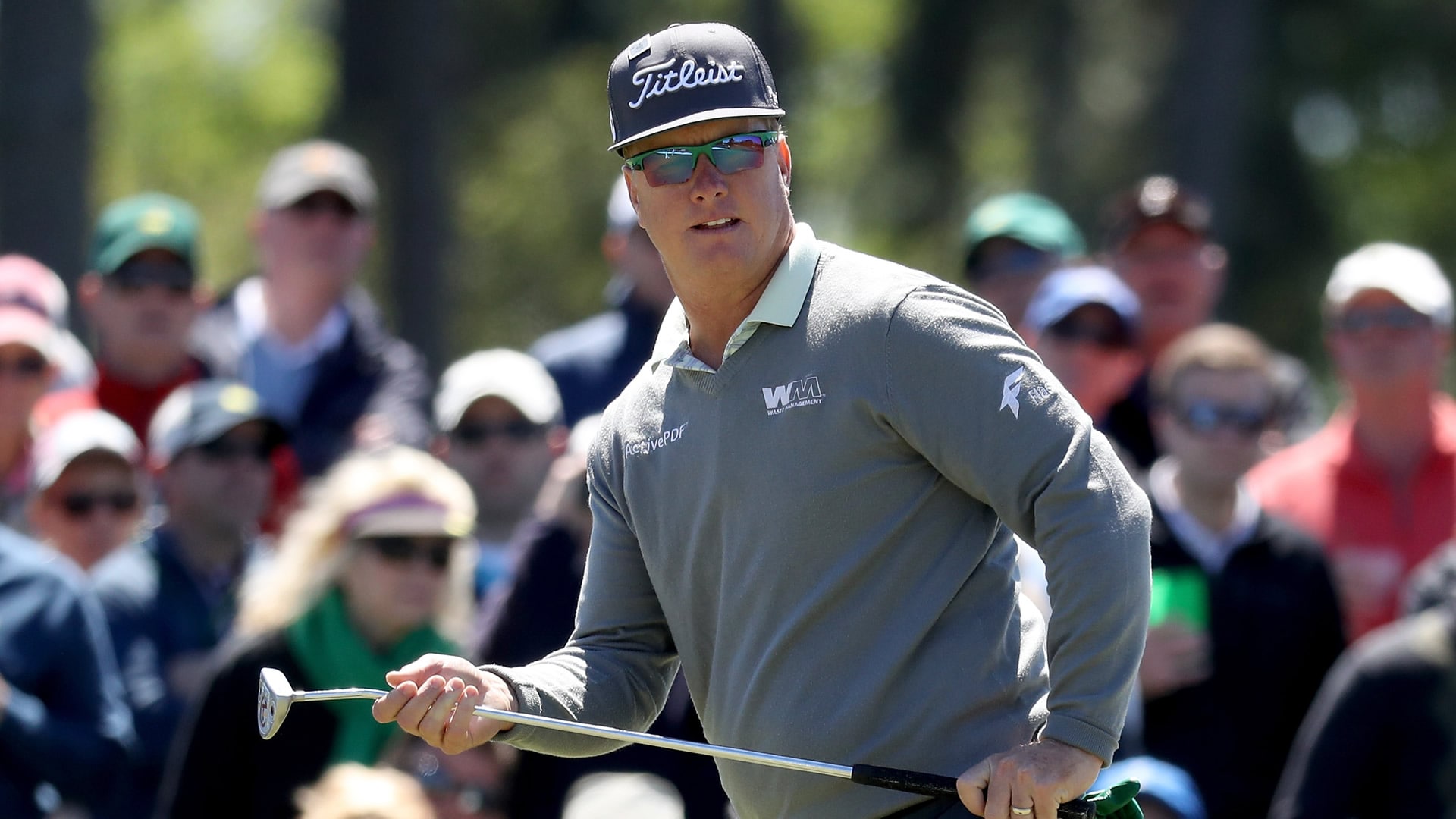 Charley Hoffman's opening round at the Valero Texas Open was temporarily derailed by, of all things, a rogue piece of chocolate.

Hoffman has dominated this event since it switched to TPC San Antonio in 2010, and he edged Patrick Reed by a shot to win last year. The first round of his title defense was adventurous, from an awkward stance around a rock to difficulty figuring out where to drop after finding the cart path on No. 14.

But the most entertaining moment of Hoffman's day came after he began to feel some unusual residue on his clubs. He realized a chocolate bar was the culprit, and found it after his caddie, Brett Waldman, emptied the bag of all 14 clubs:

"I guess the Easter bunny hid a little chocolate in my bag," Hoffman said after the round. "I had some residue on my club and I smelled it, and it was definitely a Reese's egg."

After putting his bag back together, Hoffman went on to shoot a 1-under 71 that left him in a tie for 55th, five shots behind leader Branden Grace.