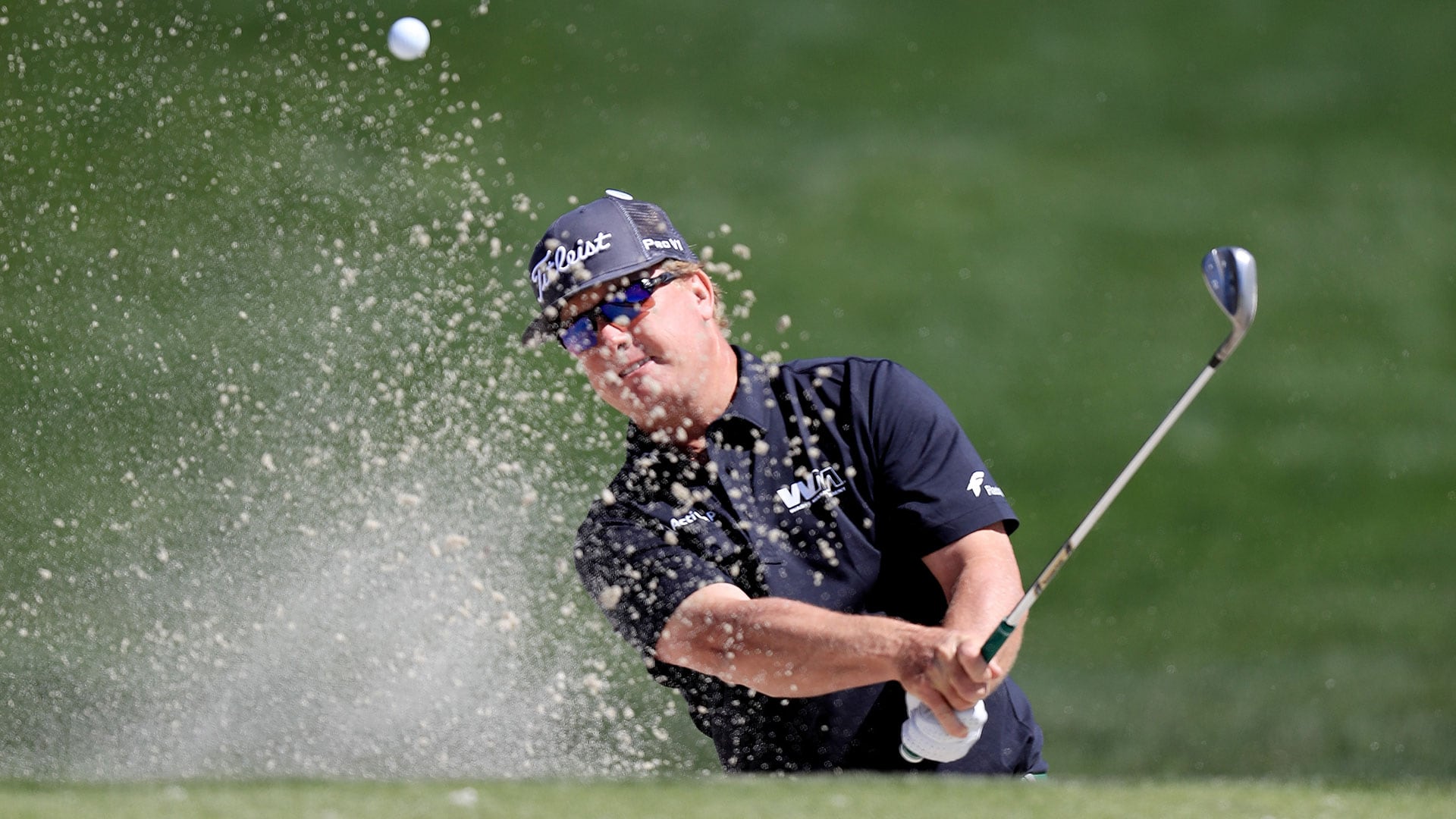 The PGA Tour heads back to the Lone Star State for the Valero Texas Open, where 156 players each hope to put a pair of cowboy boots on the 18th green by the end of the week. Here's a look at a few marquee, early-round groupings as Charley Hoffman gets set to defend the title he won here a year ago (all times ET):

Reed was a runner-up at this event last year, but he has struggled to find much form since his strong performance at the Ryder Cup and hasn't cracked the top 20 since Palm Springs. Moore enters off a solid T-9 showing at the Masters, while Kuchar has used final-round rallies to race up the standings each of the past two weeks and racked up four straight top-25 finishes in San Antonio from 2013-16.

Hadwin earned his first victory last month in Tampa and hasn't slowed down since, with a pair of top-25s to go along with a T-36 finish in his Masters debut. He'll play the first two rounds alongside Gribble, a Texas native who earned his maiden win in the fall at the Sanderson Farms Championship, and Koepka, who has started to turn a corner after top-15 finishes at the WGC-Dell Match Play and the Masters.

Walker is a resident of nearby Boerne and won this event over Jordan Spieth two years ago. He'll have plenty of fan support as he starts the week alongside Bradley, who is in search of his first top-10 finish since Torrey Pines, and Donald, whose remarkable run at the RBC Heritage continued last week when he finished second to Wesley Bryan.

This group includes a trio of former tournament winners, highlighted by Hoffman who returns to San Antonion as the defending champ on the heels of an impressive Masters performance. Steele earned his first career victory here in 2011 and added another title at the Safeway Open in October, while Johnson won this event in both 2008 and 2009 when it was played at nearby La Cantera Golf Club.