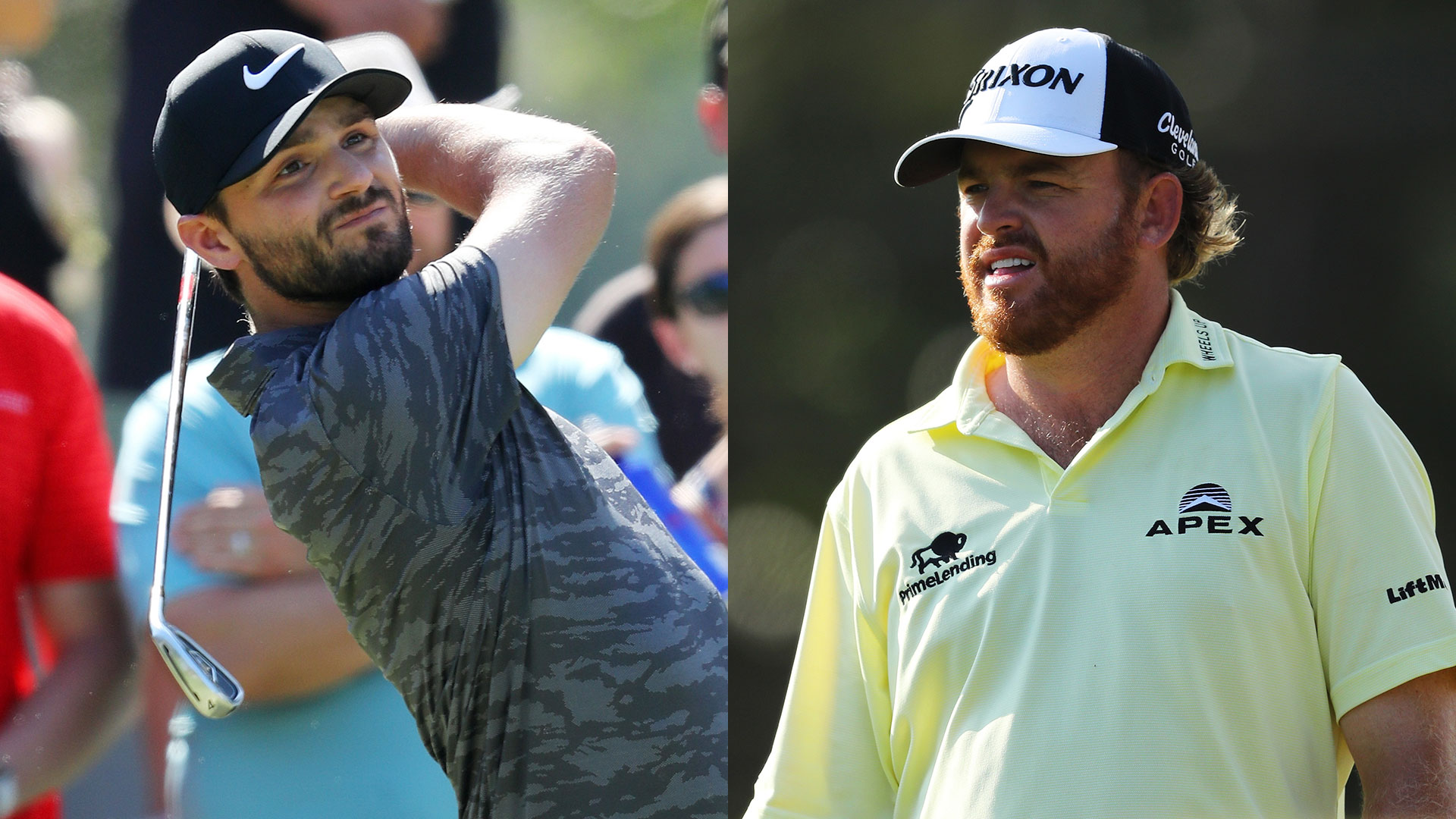 Kyle Stanley and J.B. Holmes battled their way through blustery conditions on Saturday to take a share of the 54-hole lead at The Players Championship. Here’s where things stand heading into Sunday at TPC Sawgrass:

What it means: Holmes is in search of his fifth PGA Tour victory and the biggest win of his career, while Stanley is best known for blowing a six-shot lead at Torrey Pines in 2012 only to come back the very next week and win at TPC Scottsdale. Each player threatened to ace the par-3 17th Saturday before tapping in for birdie to reach 9 under par. While trying to best one another, Holmes and Stanley will have to fend off a host of challengers on Sunday, including the 2010 Open champ, Oosthuizen, the reigning Masters champ, Garcia, and a suddenly resurgent Ian Poulter, who remains in search of his first U.S. victory.

Round of the day: Last week’s runner-up Pat Perez went out early and posted 6-under 66, dropping his only shot at the 18th hole. The day’s low round vaulted Perez 56 spots on the leaderboard into a tie for 10th at 4 under par, five back.

Best of the rest: Garcia and Emiliano Grillo turned in rounds of 5-under 67. Garcia’s Saturday was highlighted by a late eagle at the par-5 16th before a closing bogey at the last. The Masters champion has made nine birdies over his last 27 holes – plus the eagle. He’ll start Sunday four back at 5 under. Grillo, meanwhile, made just one par in an eight-hole stretch from Nos. 5-12, with five birdies and two bogeys. He’d later circle 16 and 17 to position himself in a tie for fifth at 6 under par.

Biggest disappointments: Three back to start the day and in contention for his first win since 2008 – on his home course, no less – 54-year-old Vijay Singh made the turn in 5-over 41 after a birdie, a bogey, a double and a triple. He was 1 under through seven holes on the back nine before he put two balls in the drink at the island 17th en route to another triple bogey and a 7-over 79. Separately, Jon Rahm managed to go from five back at the start of his round to out of the tournament at the end of it. Rahm blew up Saturday in a 10-over 82 that featured six bogeys and three doubles and dropped him all the way to MDF.

Shots of the day: Holmes and Stanley's near-perfect approaches to the front pin at 17:

A fine shot, and a tip of the cap from @JBHolmesGolf.#QuickHits pic.twitter.com/zxIPZS97UW