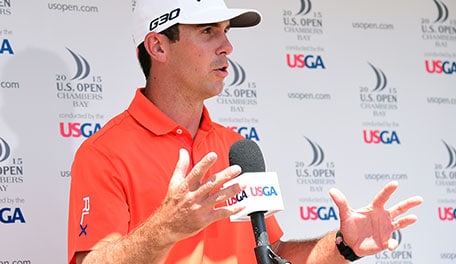 After a bogey on No. 6, Horschel appeared to slam his putter directly onto the putting surface, although it was unclear whether or not he actually made contact with the ground. Three holes later, Horschel, after missing a putt, did a kind of interpretive dance that channeled the old "Price Is Right" game Plinko.

I am sorry for my actions on the 6th green yesterday. I did not hit the green with my putter. But still it's not acceptable behavior to....

Do that. It's not the behavior I wish to show to millions of viewers and fans. And it's not the role model I wish to be......

to so many young golfers in the world today! It was unacceptable and I promise to do better! Once again I apologize.