Horschel clears the air over club toss in video 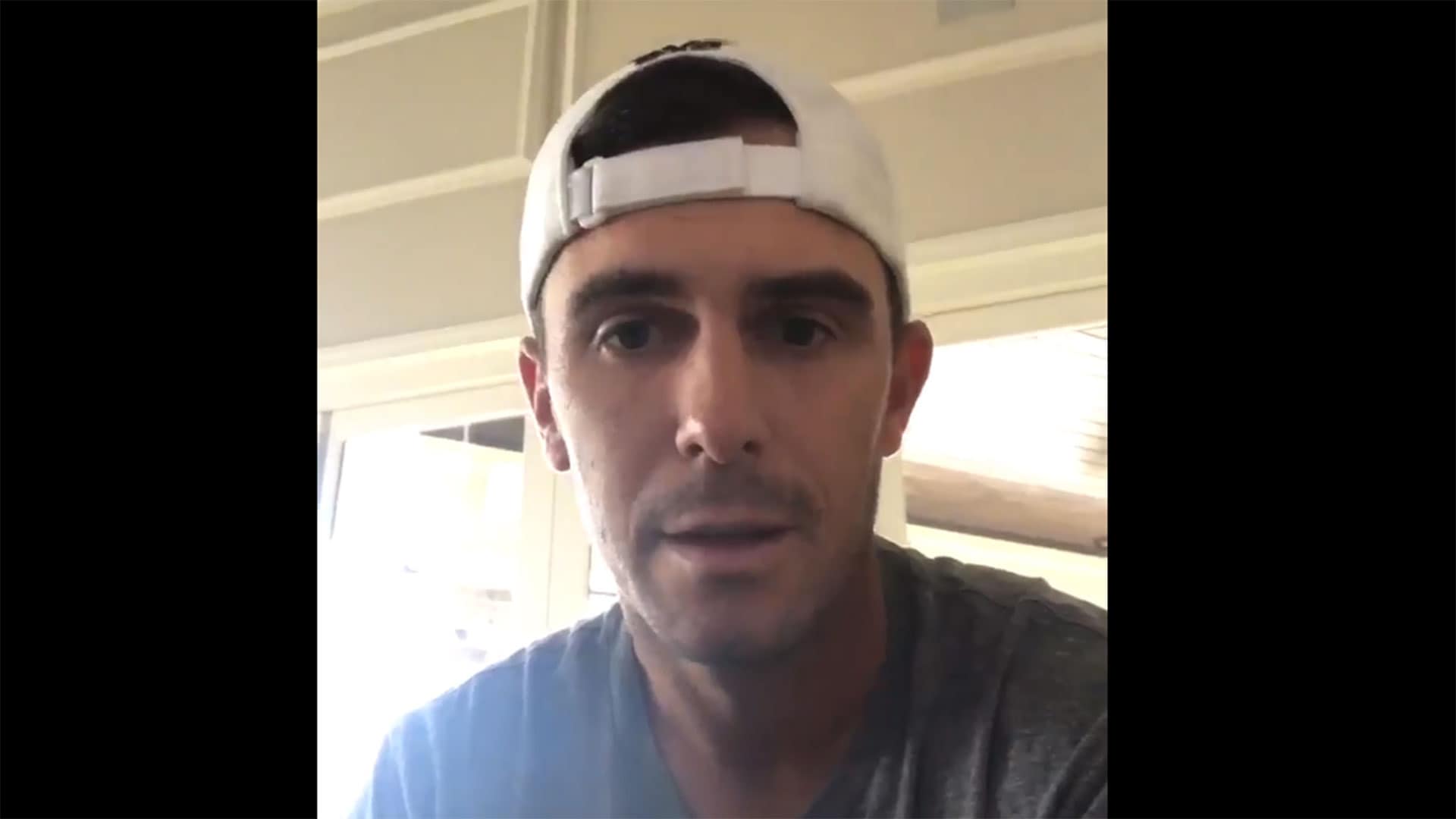 PONTE VEDRA BEACH, Fla. – After television cameras caught him tossing a club in the direction of his caddie during the second round of The Players Championship, Billy Horschel took to Twitter to offer his side of the story.

“Yeah, I look bad,” Horschel said in a 99-second video he posted to social media. “Obviously that’s the way it looks.”

Horschel is a Jacksonville resident, and he explained that he was battling to try to make the cut in his hometown event. His tee shot on the par-3 13th took a bad hop and bounded into the water. After hitting over the green from the drop zone, Horschel holed a 5-wood chip for a creative bogey.

He then appeared flipped the club at his caddie, Josh Cassell, and walked quickly to the next tee box.

Clearing the air. Take it or leave it. #truth pic.twitter.com/ulLJHAo6qX

“I was frustrated after the 7-iron went in (the water),” Horschel said. “I holed it, and I was sort of chuckling to myself laughing like, ‘You’ve got to be kidding me.’ The golf gods give it and they take it at the same time.”

Despite the hole-out, Horschel went on to shoot a second-round 76 and missed the cut by five shots. Horschel split with longtime caddie Micah Fugitt earlier this year, but he explained that Cassell reached out to him to reassure his player that there were no hard feelings.

“I tossed my club at my bag,” Horschel said. “Obviously I didn’t think I tossed it that hard. I’ve seen the video, it was harder than I wanted, but it wasn’t at my caddie, Josh. He knows that. We’ve had a conversation.”

Horschel is active on the social media front, and he doesn’t expect that to change despite the criticism he has received from fans in the last 24 hours.

“You guys can give me all the flak you want, that’s fine,” he said. “I take it all the time. No big deal. Thanks for all the true supporters out there.”