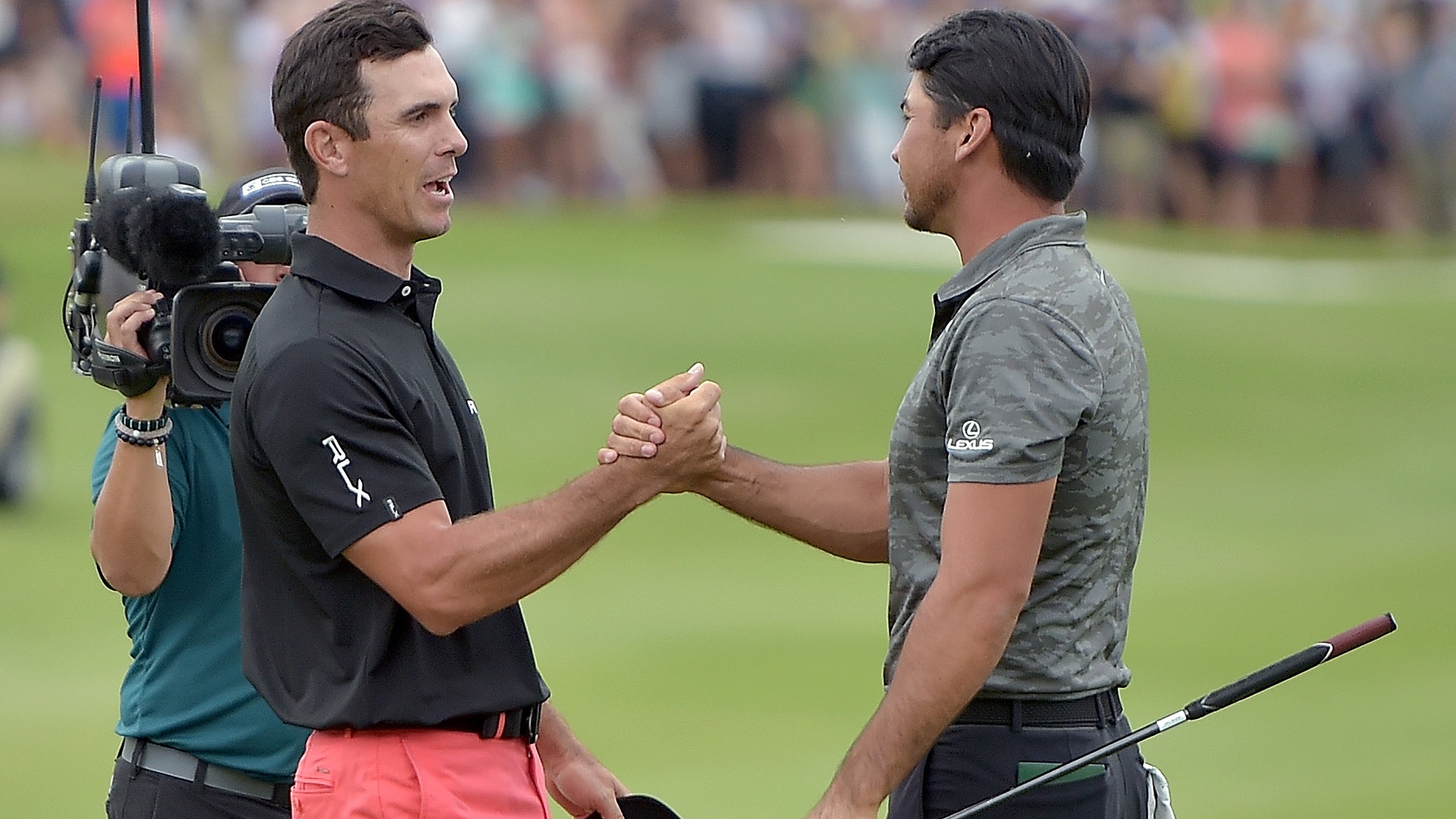 Billy Horschel made par on the first extra hole Sunday to defeat Jason Day in a playoff and win the AT&T Byron Nelson. Here’s what went down in Las Colinas’ sendoff:

What it means: This is Horschel’s fourth PGA Tour win and his first since taking the Tour Championship and the FedExCup at East Lake in 2014. One back to start the day, Horschel carded five birdies against four bogeys for a 1-under 69 and a 72-hole total of 12-under 268, good enough for a playoff after he and Day both missed birdie putts on the final hole of regulation. On the first extra hole, Horschel left his birdie putt inches short and appeared headed for more free golf before Day pulled his 4-footer for par, handing Horschel the trophy. With the win, Horschel improves to 1-1 in PGA Tour playoffs after losing out on a five-way, Monday morning showdown at the RSM Classic earlier this season. Horschel, who did not compete in this year’s Masters, is now qualified for the U.S. Open (OWGR top 60), The Open (OWGR top 50), and the PGA Championship.

Best of the rest: Two back to the start the day, Day made three birdies against a lone bogey for a round of 2-under 68 and a spot in the playoff. After failing to find the fairway with an iron off the tee on the first playoff hole, he played to the safe side of the green with his approach, leaving himself 50 feet for birdie. The 10-time PGA Tour champion ran his first putt by the hole and then missed the comebacker for the halve, going down in defeat. Day now drops to 1-1 in PGA Tour playoffs, having previously won a four-way playoff at Torrey Pines in 2015 for what was at the time only his third Tour win. The former world No. 1’s winless drought, dating back to last year’s Players Championship, continues.

Round of the day: Canada’s Nick Taylor birdied his first two holes and added three more of his back nine for a bogey-free 5-under 65. Taylor played the weekend at Las Colinas 9 under, securing him a tie for ninth and his second consecutive top-10 finish after a T-8 at the Wells Fargo.

Biggest disappointment: The 54-hole leader, Hahn got off to a sluggish start with a bogey at the second hole and eight other pars to go out in 1 over. He appeared to mounting a charge with back-to-back birdies at 10 and 11 but submarined his chances with three consecutive bogeys at 12, 13 and 14. Two back in the final fairway, Hahn lipped out an approach from 122 yards that, had it dropped for eagle, would have gotten him into the playoff.

Shots of the day: Two of them – one for better and one for worse. First, Horschel’s 60-footer for birdie at the 14th:

And, in finale, Day’s missed par putt in the playoff:

It's his first PGA TOUR victory since 2014. #QuickHits pic.twitter.com/iqqsGB1fCe