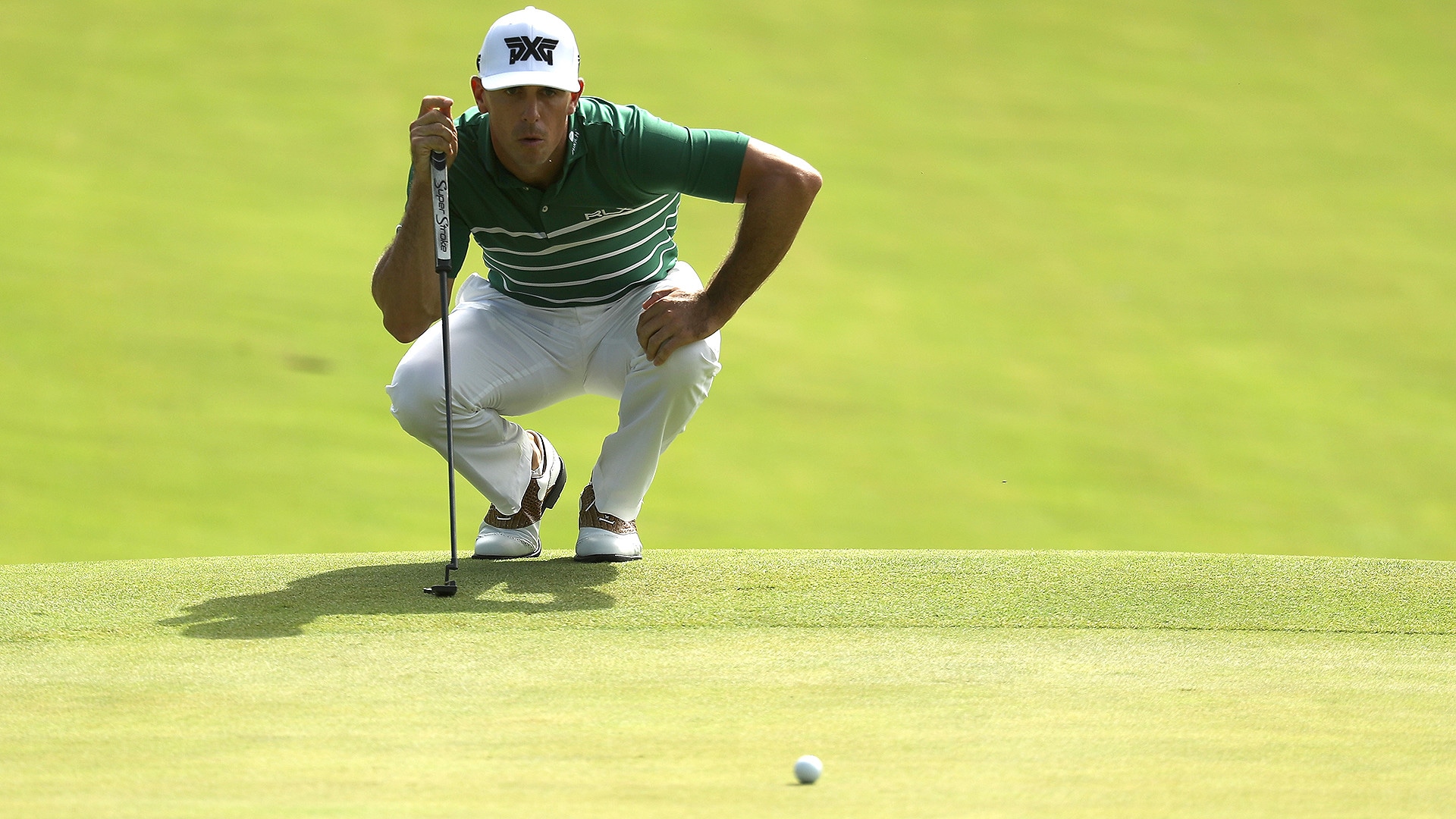 “I mean, he’s a 14-time major champion,” Horschel said Thursday. “He doesn’t need me giving him any advice.”

Nonetheless, Horschel and Woods spent some time on the putting green at TPC Potomac on Wednesday, eyeing each other’s strokes.

“Tiger and I were just chatting. He’s a good friend of mine,” Horschel continued, “and I sort of picked his brain on a couple of things and we were just talking about stuff. Golf, life, everything.”

A day later, Horschel opened with a 6-under 64 to move to one off the early lead at the Quicken Loans National, while Woods made the decision to replace his usual Scotty Cameron Newport 2 putter with a mallet-style TaylorMade Ardmore.

Woods admitted to Horschel that he has been struggling with his posture on the putting greens, with his hands sitting too low at address. Horschel was quick to agree.

“I just said, ‘That’s all I’ve seen from what I’ve seen,’” he told Woods. “I watched a lot of him since he’s been on the Tour. I would say your hands are a little bit low and that was about it.”

Unfortunately, Woods – who’s looked shockingly spry since his return from fusion surgery – could only be so much help when returning the favor.

“Oh, we were talking about [my stroke], how short it was, and he’s like, ‘I can’t get into your setup because of how short the putter is.’ Obviously, his back doesn’t allow it,” Horschel added.

As for his own game, the 2014 FedExCup champion is coming off a missed cut at the Travelers, which he attributed to a lack of focus and aggressiveness.

Horschel ended a three-year winless drought at the AT&T Byron Nelson last year and followed up with another win alongside partner Scott Piercy at the Zurich Classic this past April, but he’s still working to recapture the magic of the “old Billy” that ran through the postseason four years ago. (Third-person reference incoming.)

“I sort of let my mind wander a bit too much and worry too much and [I] start trying to play too conservative,” he said. “The old Billy, the Billy that won FedExCup would go forward and drive harder to get [further] under par.”