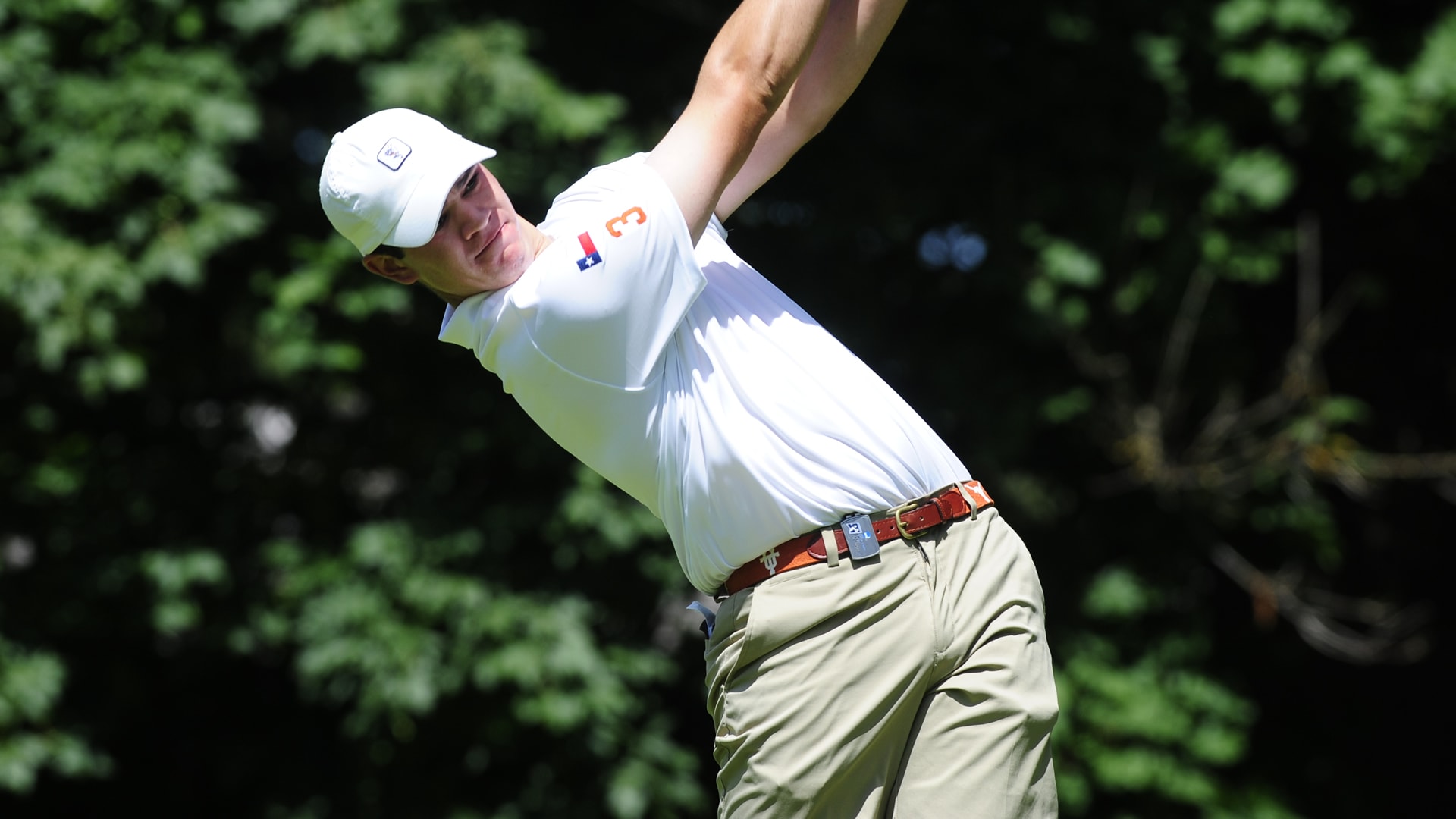 Fields, who appeared on “Morning Drive” to accept the Dave Williams Award as the NCAA Division I Coach of the Year, did not reveal the initial diagnosis.

Hossler withdrew from Monday’s U.S. Open sectional qualifier and is planning to visit another doctor in Dallas. He did not respond to a message left by GolfChannel.com.

“He’s trying to figure out exactly what has happened to that shoulder,” Fields said. “It was definitely a real injury. Hopefully he’s going to be able to make a quick recovery.”

Hossler, the favorite for the Haskins Award as the college Player of the Year, was unable to play in the NCAA Championship final against Oregon because of the injury. He conceded his point on the first tee, and the Longhorns lost to the host Ducks, 3-2. He underwent an MRI after returning to Austin last Thursday.

Though Hossler, a junior, has not announced his future plans, he is expected to turn pro this summer.