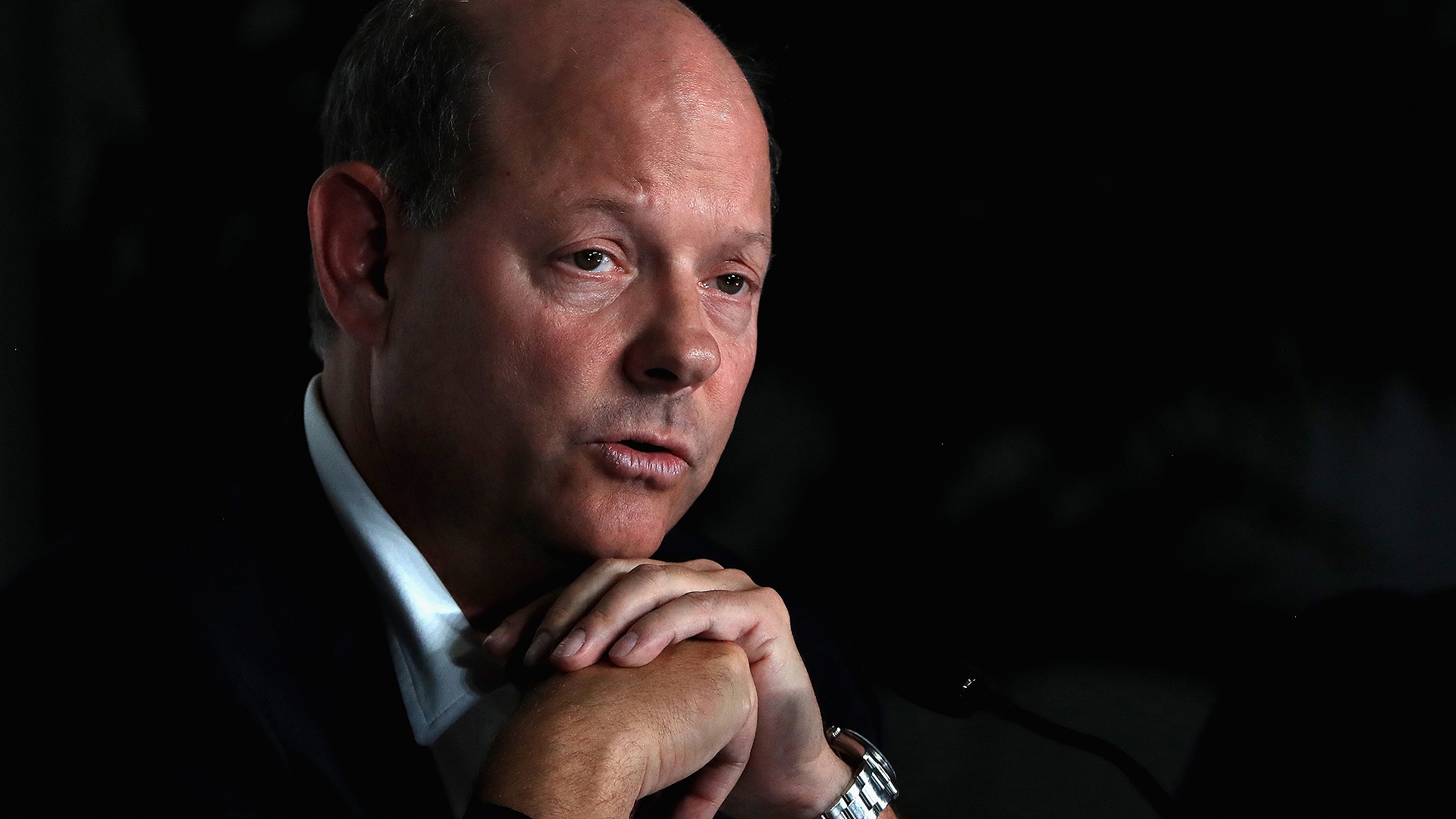 Who turned up the thermostats at the USGA headquarters in Far Hills, N.J. and The R&A offices in St. Andrews, Scotland, this week?

Blame it on Dustin Johnson.

His Ruthian blast while winning Sunday in Hawaii must make the seats of USGA executive director Mike Davis and R&A chief executive Martin Slumbers feel a little hotter starting the new year. With Johnson nearly holing out with driver at the 433-yard 12th hole, the distance debate escalates for both the USGA and the R&A.

The Hot Seat is back at GolfChannel.com, and here are the folks who are on it this week as we try to gauge the level of heat they’re facing ...

Is this the year golf’s governing bodies force a showdown with ball and club manufacturers? The work R&D departments have done with polymers in their high-tech laboratories is helping players hit the ball farther than they ever have. So is the work they’re doing with shafts and drivers.

But is it helping or hurting the game?

When Davis said in November that the distance players are hitting the ball is having a “horrible” impact on the game, it was a pretty big clue where he stands on the question. Can you say that as the USGA’s point man and not try to do something about it? It sounded like it might be a call to arms.

Davis and Slumbers earn high praise for their leadership helping to oversee a modernization of the Rules of Golf, a monumental task in helping make the rules simpler and easier to understand, but they are tasked with something even more complicated if they dare to try to restrict the ball this year. They didn’t create this mess, but they inherited it with previous administrations failing to reign in manufacturers.

Was Johnson’s blast good for the game or bad for it?

The question is worth repeating because there may be no more complicated question in golf to answer. If the USGA and R&A answer no to the question, there’s no simple way to solve the problem, whether you like the idea of bifurcation or not.

Yes, McIlroy and Day won’t be teeing it up at the Sony Open in Hawaii this week, but these gifted former world No. 1s must feel like the stakes were raised in their bids to claim back the game’s most important titles and awards after Johnson’s tour-de-force performance Sunday at the Sentry Tournament of Champions.

McIlroy and Day have the kind of firepower it takes to dominate the way Johnson is threatening to do.

After off years with unique challenges, with McIlroy slipping to No. 11 in the world rankings and Day to No. 13, there’s excitement building to see what answers they have for the statement Johnson made. These giant talents, with their raw power, are capable of fireworks displays every bit as mesmerizing as Johnson.

Mackay is quickly growing into his role as a roving TV course reporter, showing the promise of being as special with a microphone in hand as he is with a bag on his shoulder, but he is leaving his TV gig for a one-week return to serving as caddie at the Sony Open. Mackay promises to stay in the spotlight there carrying the bag of Justin Thomas, last year’s PGA Tour Player of the Year.

Mackay will go down as one of the greatest caddies who ever toted a bag, but this marks the first time he’ll loop on Tour since he put down Phil Mickelson’s bag last summer. After 25 years with Mickelson, it will be strange to see Mackay on somebody else’s bag.

Mackay, who is helping out while Thomas’ regular caddie, Jimmy Johnson, heals up from a foot injury, will be doing his best to help Thomas get off to another great year, and there has to be some pressure in that, even as accustomed to pressure as Mackay is.