How Spieth can become world No. 1 without PGA win 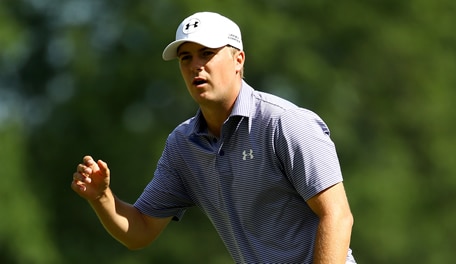 Jordan Spieth didn’t ascend to world No. 1 last week at Firestone, but his top-10 finish made his task a little bit easier at the PGA.

Spieth will overtake Rory McIlroy if he wins at Whistling Straits and McIlroy is not second alone.

But there are four other scenarios that would result in a change at the top:

• If Spieth is third alone and McIlroy misses the cut

McIlroy is returning this week after suffering an ankle injury July 4. He has held the No. 1 spot since last year’s Bridgestone Invitational.

Spieth, looking to join Ben Hogan and Tiger Woods as the only players to win three majors in a season, needed to win last week at Firestone to become No. 1 for the first time, but he tied for 10th.